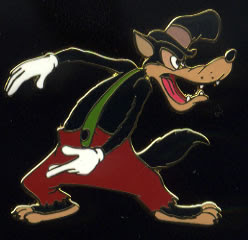 Perhaps you’ve seen the conversation among Tim Keller, Alister McGrath, Brian McLaren, and Dempsey Rosales-Acosta on biblical authority from the Q conference a few months ago. I’m not sure it’s worth 38 minutes of your time, but I found Tim Keller’s remarks around the 5-minute mark to be especially helpful.

The first topic discussed by the panel was inerrancy–What does it mean?, Is it a helpful term?, Where did it come from?, etc.

McGrath’s response was disappointing. He explained that he doesn’t like the term because it sounds too self-assured, like we have everything figured out and our interpretations are all correct. He prefers to speak of the Bible as “reliable and trustworthy.”

McLaren’s remarks were frustratingly predictable and predictably frustrating. After asserting that many people in the room will get fired if they don’t affirm inerrancy, McLaren went on to talk about the atrocities Christians have committed by using an “inerrant” Bible (e.g., slavery, killing Native Americans).

When it came time for Keller to talk (around 5:20) the discussion had already moved passed inerrancy, but he deliberately brought the conversation back to the term.

Just for the record: I have no problem at all talking about inerrancy. As a pastor if I actually say to someone, any layperson–if I believe in the authority of the Bible but not the inerrancy of the Bible, they’re going to say, “what’s the difference?” And as soon as I begin to explain it, their eyes glaze over. And they’re going to think of it as a distinction without a difference. If I say it’s not authoritative in all its parts and it’s not inerrant, they understand that. And if I say it’s authoritative and inerrant, they understand that. But to say it’s authoritative and not inerrant, I’ve never in 35 years of working with people been able to get that.

Keller is absolutely right. Most people in the pew assume that when we say the Bible is trustworthy and authoritative we don’t also mean it makes some mistakes. For them, inerrancy, whether they know the term or now, goes hand in hand with a reliable, authoritative Bible.

I remember several years ago having a conversation with a deacon at another church. He was asking me why I chose one seminary over another. I tried to explain that the seminary he was asking about (the one I didn’t attend) did not believe in inerrancy. This was a smart man, a lawyer in fact, but he had never heard of the term. So I explained that inerrancy simply means the Bible, in the original manuscripts, doesn’t make any mistakes in anything it affirms. I’ll never forget his response: “Isn’t that what all Christians believe?” He grew up in the church and heard his whole life that the Bible was true, reliable, and authoritative. He was not familiar with the term inerrancy and yet he assumed that’s exactly what all those other words implied.

I also like Keller’s discussion on the difference between epistemological humility and spiritual humility (lightly edited transcript below):

I’ve heard people talk about epistemological humility saying that you have to admit that it’s hard to judge what the Bible says because there are so many interpretations. It’s hard in a postmodern situation to get people to take your seriously. [So] I think you need spiritual humility. As a sinner, I know I have prejudices. And I know you do too. And there are things you want the text to say and you don’t want the text to say. So we have to be really careful about being too quick to say this is what it says.

Basically, being spiritually humble [does not mean] talking about how difficult it is to figure out and judge all the various interpretations and figure out the culture distance; instead if they see me just being spiritual humble about it and asking them to do it, then they’ll follow. I don’t think it’s an epistemological humility [we need], saying the text is indeterminate and I really don’t know what it means. I think a spiritual humility along with a clear interpretation of the scripture is what has taken me through. And it’s New York. It’s not a backwater place.