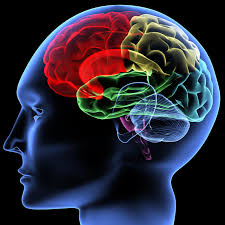 Guest Post: I asked Pat Quinn, our Director of Counseling Ministries, if he had any thoughts on the latest exchange between David Murray and Heath Lambert (both friends of mine) on the topic of mental illness. Pat’s reflections struck me as wise, balanced, and Christ-centered. So I thought it would be good to share them.

Between services last Sunday Kevin briefed me on a recent blog controversy between two men who both care deeply about effective Christian counseling. Heath Lambert, professor of Biblical Counseling at Southern Baptist Seminary and Executive Director of The Association of Certified Biblical Counselors, wrote two recent blogs under the title “Can Jesus Heal Mental Illness?” David Murray, pastor, author (Christians Get Depressed Too), and professor at Puritan Theological Seminary, took strong exception to part two of Lambert’s blog in a blog entitled “Dashed Hopes for Biblical Counseling.” Murray’s response to Lambert highlights ongoing differences between those who identify themselves as biblical counselors and those who would favor more integration between secular psychology and biblical theology.

Here are a few of the lines from Lambert that Murray found troubling:

In noting lines like these from Lambert’s blog, Murray asks a number of questions. What follows is my attempt to provide answers. I’ve grouped together some questions that seem related for convenience.

Another issue here is how we understand the impact of nature and nurture on people.Secular psychology typically makes some combination of nature and nurture determinative—they actually cause our behavior: “Nature loads the gun and nurture pulls the trigger.” Biblical counselors understand nature and nurture to be influential but not determinative. The Confessional Statement of the Biblical Counseling Coalition says, “We recognize the complexity of the relationship between the body and soul (i.e. nature)…the complexity of the relationship between people and their social environment (i.e. nurture).”  Biblical counseling would seek to be very attentive to any and all the “other dimensions of understanding” that Murray alludes to. However, biblical counseling would locate the ultimate issues of good and evil, wholeness and brokenness, in the heart—the inner man who desires, thinks, believes, purposes, feels, speaks, and acts either for or against God. In this sense all counseling problems are spiritual problems. Perhaps a better way to refer to mental illness would be that it is ultimately about spiritual issues rather than only about spiritual issues.

2. Atheistic language? Can you explain what is atheistic about it? Murray dislikes Lambert calling the term mental illness “atheistic language.” Perhaps calling it “secular language” would have been less inflammatory, but I believe Lambert is concerned that, once again, secular psychology has no place for God in diagnosing or curing human dysfunctions. Actually, Lambert echoes Paul’s language about godless (atheistic) thinking in Ephesians 4: 17-18 when he refers to “futility of their minds,” darkened understanding,” “ignorance,” and “hardness of heart.” These godless ways of interpreting and responding to life truly characterize many who are diagnosed as mentally ill.

While I don’t believe it’s wrong for biblical counselors to use the term mental illness (after all, we talk about depression all the time and that is a secular term), two points should be made. First, as Lambert said in his blog, it is a very hard term to define. A secular definition would be something like, “mental disorders caused by a medical condition that affect thinking, mood, and behaviors.”  These disorders could range from depression to bi-polar disorder to schizophrenia to closed head injuries. The term is vague and elastic and merely descriptive. It is helpful as a general description of troubled thinking, emotions, and behaviors, but it doesn’t really explain the causes. And to imply that all mental disorders are medical conditions is misleading.  Second, it is sadly true that behind the idea of mental illness in our psychologized culture is often a functional atheism that removes the God-relational context of all our responses to life.

3. Mental illness is purely about a defective relationship to God that Jesus alone can heal? Jesus alone? No other solution than the gospel? To answer Murray’s questions we need to consider who Jesus is and what the gospel accomplishes. The Bible consistently describes the Messiah as the Ultimate Healer of all that afflicts us.

But for you who fear my name, the sun of righteousness shall rise with healing in its wings.  – Malachi 4: 2

That evening they brought to him many who were oppressed by demons, and he cast out the spirits with a word and healed all who were sick. This was to fulfill what was spoken by the prophet Isaiah: “He took our illnesses and bore our diseases.”  – Matthew 8: 16-17

…how God anointed Jesus of Nazareth with the Holy Spirit and with power. He went about doing good and healing all who were oppressed by the devil, for God was with him.   – Acts 10: 38

Jesus is also described as the Wonderful Counselor (Isaiah 9: 6). He is the One who ultimately heals our sick bodies, chemically imbalanced brains, wrong ways of thinking, false beliefs, chaotic emotions, broken relationships, and corrupted environment. So in the ultimate sense it is Jesus alone who heals us. However, biblical counselors affirm and embrace that he uses many different instruments to do his healing work. He uses doctors and medications, counselors and social workers, lawyers and judges, pastors and teachers, and any number of common and saving grace resources.

The gospel of Jesus provides a comprehensive salvation of body (Romans 8: 23-25) and soul (1 Peter 1: 9) that ultimately leads to life in a new heaven and earth free from all “death…mourning, crying or pain” (Revelation 21: 4). It’s important to keep the final state of blessedness in mind because, while it’s true that Jesus heals all our sorrows, sicknesses, and sufferings, we now live in the time of the “already and not yet.” Some troubles will not be healed until the final Day. But they will be healed!

4. No biological component? Ever? No medication? Ever? First of all, I’m not sure Lambert actually said that in his blog. Most responsible biblical counselors would affirm a place for medications in dealing with things like depression. Author and faculty member of the Christian Counseling and Educational Foundation, Ed Welch, spoke to this issue in a post entitled “Can We Be Positive About Psychiatric Medications?”

If medication is helping, even a little, here is what we would say, ‘That’s great.’ If you feel like a spiritual failure because you are taking medication, we would say, ‘No way. Why do you even think that?’ Then we would try to reason how Scripture itself is not giving you a reason to feel like a failure.

The caution biblical counselors would add to what Welch said is that there is a danger that the medication could be given more power than it actually has. Medication can be helpful for treating physical symptoms in things like depression or anxiety but medications cannot transform the heart, empower trust in God, break through hostilities, or impart a “Blessed Hope.” I look at medications as blood-bought graces that can be used wisely in relieving pain. But no medication ever died for our sins, conquered death, or brought about eternal life.

These issues are complex and won’t be resolved through blogs (including this one!). But the issues are important and deserve our best thinking, humblest prayer, and most gracious conversations. I believe a nuanced and robust biblical counseling model and methodology best allow Jesus to bring comprehensive hope and healing to all the brokenness of sin and suffering. I pray this blog shines a small ray of light on the issues.