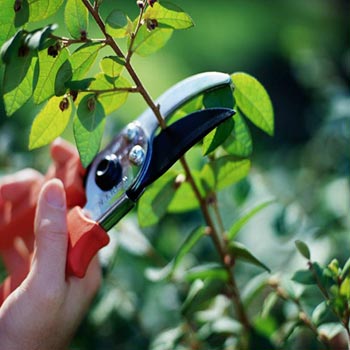 In the previous three posts, I have been privileged to share some reflections on the way my training as a postmodern, seeker-focused church planter gave way to a rediscovery of an ordinary means of grace model.  As my congregation and I navigated those years, the final nail in the coffin of our original attractional bias was way in which it crippled us from handling disharmony, unclarity, and misbehavior through explicit teaching and firm governance.

Church discipline, unresolved conflict, clarifying gender roles, and authoritative church governance all add up to one thing:  ANTI-attraction.  When your main purpose is to get people in the door, it would seem that the less said about these topics, the better.  The reality is that modern, American culture (especially mainstream religious culture) has a passionate aversion to authority, conflict, countercultural stances, and meddling in people’s private lives.  If your goal is uninterrupted church growth, then every battle for church purity is lost simply because it was begun.

As our paradigm shift exposed mixed agendas and expectations within our congregation, unmentionables erupted.  Many who had been attracted when church might become anything balked when it actually became that thing.  The organizational fission that ensued was a product of an unintentional bait-and-switch, perpetrated by our early adherence to attractional church-growth methodology.

In our attempt to attract a crowd, we had been most things to most people.  In transforming a crowd into a governable congregation, we had yanked the rug out from under some folks and drawn a line in the sand.  Those with denominationally-conditioned expectations about religious culture and interpersonal ethics were appalled.  They thought church was for nice people who make one another feel nice and who perennially focus on what is nice.  I don’t entirely blame them for their surprise and disappointment – our methods had enabled them in that misunderstanding in exchange for their presence.

We slogged through church discipline cases and attempted to clarify our position on human sexuality, marriage, divorce, and family.  We brought long-standing conflicts and incompatible models of communication out into the light of scripture and mutual accountability.  We articulated a complimentarian understanding of gender roles based on our reading of scripture and the pleas of recently converted women for their husbands’ training and edification.  We began the work of establishing clear lines of accountability and discipline among our leaders and staff.

The result of all this decidedly repellent activity was that our congregation was masterfully pruned by the Holy Spirit.  Those who had an axe to grind with authority and discipline voted with their feet.  Those who worshipped at the altar of niceness headed for more pleasant pastures.  Those who savored growth and size left, ironically, because they disliked people leaving.  In the end, we were numerically diminished, bedraggled, sobered, chastened, and publicly defamed.

We were also a far more mature, infinitely more compelling, more deeply united, and vastly more gospel-centered group of people.  We were convinced that the Church was Christ’s Bride not ours, that she existed for his good pleasure rather than ours, and that our congregation was only a temporal and fleeting manifestation of something far more eternal and perfected.  To put it another way, we were a true church.

Gaining that cost us almost everything.  As givers exited, costs of salaries and facilities became mutually exclusive.  Our remaining assets were transferred to a larger church with plans for a fresh restart in our newly constructed facility.  Staff members, including me, were released to look for new ministries.  The remnant who had matured so much was dispersed to bless and edify other congregations.  What wasn’t lost was the transformation we had experienced.  Faithful saints had weathered the storm and matured as they discipled converts.  New believers had been tested by fire and weathered the storm as emerging leaders.  Pastors had learned invaluable lessons and been humbled by God’s unsearchable sovereignty over the work of their hands.

I still believe in church planting.  I would simply advise planters to start with an ordinary means of grace model.  This requires the strong support of a healthy, likeminded mother congregation throughout a slower, more labor-intensive maturation process.  It takes an intentional commitment to abandon fads and gimmicks, to hold fast to the Bible in both content and methodology.  And it takes a willingness to do the painstaking work of patient contextualization, continually discerning the fine line between inspired innovations and unbiblical shortcuts.  Christ promises to build his Church; if he promises to do the work, why would we trust our methodology over his?  Why would we employ novelties of the last two decades instead of methods that succeeded for the last two millennia?  I suggest we make simple the new sexy, and ordinary the new extraordinary.