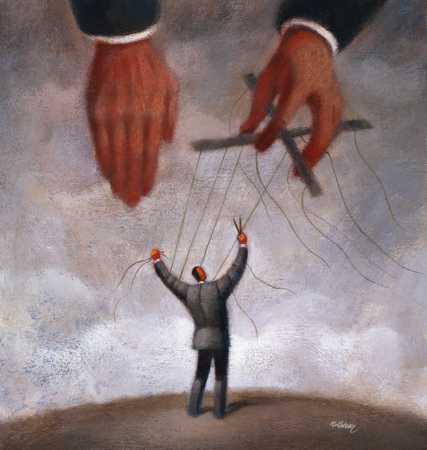 Earlier in the week I saw this quote from Wendell Berry go out on Twitter:

Knowing what I do about Berry, and considering the theological persuasion of those I see repeating the sentence, I wonder if people consider this line from Jayber Crow to be a repudiation of Calvinism. Many people would. I’ve encountered numerous Christians who object to Reformed theology because they can’t believe “we are puppets on a string,” or that God “made us as robots,” or to put it more elegantly like Berry, that God “would coerce the love of his human creatures.”

And yet, that’s not at all what Calvinism teaches. At least, that’s not what we should be teaching. It’s true that Calvin, like Augustine before him, believed the will of God to be the necessity of all things. But the Church’s leading theologians have always carefully distinguished between different kinds of necessity. Calvin, for example, though he held to the highest view of God’s sovereignty vehemently rejected any notion of necessity which entailed external coercion or compulsion. In this matter he was simply following Augustine, Aquinas, Luther, and the entire tradition of Christian orthodoxy.

This is why the puppet and robot analogies don’t work, and no Calvinist should own them. While we believe that God’s grace is irresistible and flows from his electing love, we must be clear that this grace renews us from within. It does not coerce us from without. God is not a puppet master pulling on our strings so that we do what he wants apart from our own willing or doing. His will precedes our will, but it does not eradicate it.

Anyone familiar with the Canons of Dort should know that Calvinists do not believe that God works on his people by means of forcible coercion. Instead, we believe that God supernaturally, sovereignly, and irresistibly renews our hearts so that we can feel and choose and do what we ought.

However, just as by the fall man did not cease to be man, endowed with intellect and will, and just as sin, which has spread through the whole human race, did not abolish the nature of the human race but distorted and spiritually killed it, so also this divine grace of regeneration does not act in people as if they were blocks and stones; nor does it abolish the will by force, but spiritually revives, heals, reforms, and—in a manner at once pleasing and powerful—bends it back. (Third/Fourth Head, Article 16; emphasis added)

In short, Calvinists have no problem affirming that God does not coerce the love of his human creatures. Where we may differ with others is in our joyous affirmation that our love for God is only possible when God—by mercy alone, through sovereign grace, and by his eternal decree—chooses to love us first.

Trevin Wax
My Favorite Reads of 2022
My Recent Stay at The Kilns in Oxford
The Body Is Bigger Than You Think
Thomas Kidd
From ‘Wretched’ to ‘Needy’: Changing a Classic Hymn
Christianity, Warfare, and American National Identity: An Interview with Benjamin Wetzel
Is the Declaration of Independence a Christian Document?
Erik Raymond
How Can Pastors Prevent Burnout?
He Is Not Ashamed
How to Get More Out of Church
Melissa Kruger
Sneak Peek Interview: Megan Hill’s New Children’s Book
Sneak Peek Interview: Wendy Alsup
Sneak Peek Interview: Trillia Newbell
LOAD MORE
Loading