In 2004, some friends and I moved into a big house near Southern Seminary’s campus. It was close to our classes and had a big porch that quickly became a social hub. The guys at the house prayed together each Sunday night. We threw annual parties with names like “Back to School Bash” and “World’s Greatest Super Bowl Party,” and we hosted Monday night dinners with faculty members that involved singing a hymn, eating a great meal, and having long conversations about theology, culture, and current events. Somewhere along the way, we picked up a pet duck and goose, and in the spirit of the Inklings’ Eagle and Child pub, we named our seminary house the Duck and Goose.

Our house traditions, prayers, and conversations formed deep friendships that have lasted long after seminary. Though the men of the Duck and Goose now live scattered across the country, we still talk weekly and gather each year. Over my 15 years of pastoral ministry, there’s been no greater source of encouragement, correction, and wisdom than those old roommates.

Our house traditions, prayers, and conversations formed deep friendships that have lasted long after seminary.

Friendship requires sacrifice and time. C. S. Lewis famously wrote that “friendship is unnecessary . . . it has no survival value,” so it’s easy to forsake. Lewis went on to say, “It is one of those things which give value to survival.” I’ve found that to survive in Christian ministry, friendship is necessary. These old friendships have given me at least three benefits.

1. I’m known by guys who understand.

The Lord has been kind to give me many meaningful friendships, but my friendships with the guys from seminary are significant because those men understand the pressures of pastoral ministry.  It’s refreshing to have a group of men who do the same thing I’m doing. We can be honest with and lean on one another. The immediate understanding that comes when I tell them about a pastoral struggle is a gift from God. 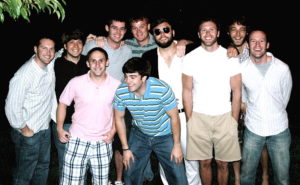 2. I dream with men who have unity about what’s most important.

At times, it can be hard to develop friendships with pastors in the same town. Differences in philosophy or theology can exist between churches in proximity, and there can even be a sense of competitiveness. This makes me even more grateful for a group of old friends who, though we have differences, share a common big-picture vision for the church.

To survive in Christian ministry, friendship has been necessary.

Of course, this can happen in any denomination or network of churches, but the informal nature of my relationship with these old friends gives us an enormous amount of freedom. In formal networks, there can be institutional pressure to have conformity on secondary issues. Guys in our Duck and Goose circle differ in their preferred styles of worship, their thinking about how many worship gatherings a church should have, and the amount of money they believe a church should commit to missions. But there’s no pressure for our group to align on those issues because ours is a friendship of brothers who share a commitment to the gospel, the local church, and advancing Christ’s kingdom.

Ministry is long and difficult. Shepherding God’s people is often life-giving. Other times, it can be discouraging and painful. Perhaps the greatest gift of my Duck and Goose friendships is the ability to encourage one another during seasons of pain. When one of us is dealing with a sin issue in the church, facing difficult opposition, or simply navigating the regular stress of ministry, we encourage, pray for, and stir one another along in faith and godliness. 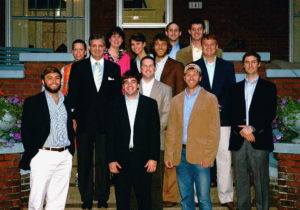 I graduated from seminary in 2007, but the Duck and Goose remains as an institution of sorts with the same parties and traditions we began years ago. More than 120 seminary students have resided there and are now serving the Lord in churches, camps, and missionary contexts all over the world. As for the men who lived there with me, I wouldn’t have persisted in ministry without regular Zoom meetings, phone calls, and annual get-togethers with those friends.

Jason Dees (MDiv, PhD, The Southern Baptist Theological Seminary) is the senior pastor of Christ Covenant, a church in Atlanta, Georgia. Jason is married to Paige and has a daughter, Emery Anna, and two sons, John Kellis, and Raynor.

Get the Latest Ministry Resources In Your Inbox