In a recent article, I pointed to a survey showing many people in the U.S. are more concerned about a son or daughter marrying someone from a different political party than from a different faith, an indication that for many people, politics vies with religious affiliation in terms of importance. Given this emphasis on politics, it’s not surprising when weary pastors get earfuls from congregants complaining their church isn’t politically engaged enough or upset at how people in their denomination disagree over political questions.

It’s not like this everywhere. Why not? What can we learn from pastors in other contexts? Last week, I talked with Andrew Wilson, pastor of King’s Church London, about differences between the United Kingdom and the United States in the way our congregants view politics. 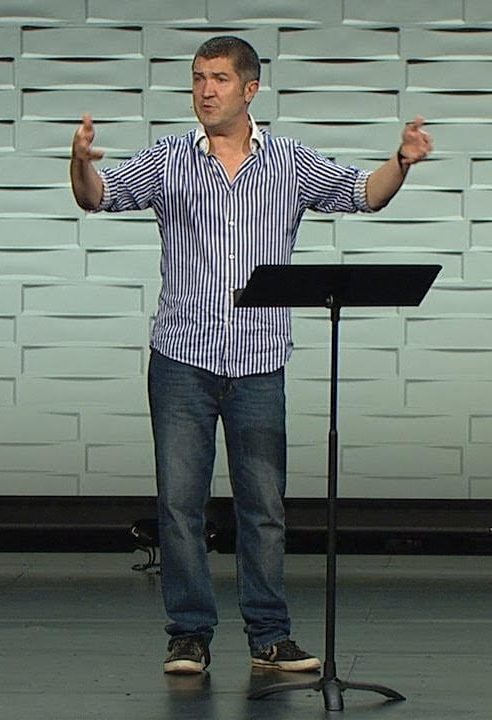 Trevin Wax: Let’s start, Andrew, with some of the differences in context for an evangelical pastor in the United Kingdom versus one in the United States?

Andrew: I’m not an expert on this, but it seems to me that British evangelicalism is marginal, as it is almost everywhere else in the world. In terms of its influence, the closest equivalent to American evangelicalism in the last 100 years would be more similar to the Roman Catholic Church 600 years ago. In Europe, we don’t have cultural power.

The church has been socially irrelevant for a long time here in Britain, and that’s not a good thing in itself. It has certainly cost us something, but it has also saved us from certain problems. People don’t expect the church to speak. We never had the moral majority. It’s a very different context.

Andrew: Well, to start: we have a formal state church, and that situation has done both harm and good.

One of the various goods is that it has prevented most churches from becoming too politicized. The Anglicans literally have seats in the House of the Lords. Imagine if the senior delegation of the Southern Baptist Convention had seats in the Senate simply by virtue of being. It’s unthinkable to Americans, but that’s how it works. That scenario has kept most of the evangelical churches from being political centers of influence, and in light of that, people just don’t divide the issues in the same way.

Also, our major parties have smaller degrees of stock on moral issues, so we don’t have a pro-life and a pro-choice party––you have people from both sides in both parties. The way issues are bundled in American evangelicalism don’t exist in the same way in Britain.

Trevin: As a pastor in the U.K., do you feel an expectation to weigh in on political questions at times?

Andrew: It depends on what you mean by “political.” For example, we address the subject of race a lot at King’s Church, since we’re located in a very diverse area. But it wouldn’t seem to people like a political issue in our church. In the U.S. context, however, it might be. We might preach the same sermon on race, but mine wouldn’t be interpreted through a political grid because of the way our nation is and the way the state churches have functioned for a long time.

Trevin: Four years ago, I followed the debate over Leave or Remain when the Brexit referendum was on the table. I remember then how you hosted a prayer meeting the night before the vote. You had congregants for Remain and congregants for Leave, but they were all praying together for the country in that moment. I’m not sure that could happen here in the States in the same way. As a pastor, how did you navigate the decision to speak to something that was “political” in that moment? How did you lead the church in a way that provided space for differences of opinion?

Andrew: At the time, we did a 12-week series where we looked at different issues that relate to Christians living in the public square. None of them were solely political, but a lot of them impinged upon politics––for example, economics, education, healthcare, immigration, and the referendum. We didn’t want to have a one-off message addressing Brexit as a standalone issue. If you went through our series, you’d find some messages leaned toward conclusions that might be categorized as more politically conservative, while others leaned more politically progressive, and a few just gave the facts (within a Christian framework) for church members to navigate for themselves. This method was helpful.

But the national context helped us, too. In a partisan sense, it didn’t matter whether you were for Leave or Remain, because all the major parties were in the same place on Brexit, and they lost. If a similar referendum were to be raised in the U.S., Republicans would have said something and the Democrats would have said the opposite, and it would’ve become politicized.

I don’t get a sense that Christians in the U.S. could share their reasons for a particular position and simply let it go like we do. But our lack of disunity is not due to us being great pastors here in the U.K., making wise choices. It’s because our nation’s context is different, and so the church doesn’t have a history of coming to blows about these things in quite the same way.

Trevin: I get that Brexit wasn’t a partisan issue, and yet passions ran really high on that question. So that makes me wonder what kind of formation was taking place in your church ahead of time to prevent members of your congregation from falling out over the vote?

Andrew: I don’t think we are doing something in formation that American churches are not doing. I wish we were! I wish we were doing something great so we can say, “Oh, just do this and it will be fine.” The cultural context is so wildly different. Talk radio isn’t valued as much here. There’s no FOX, which means there’s no equivalent of CNN or MSNBC either. There is polarization on some issues, but it just doesn’t work in the same way as it does in the U.S.

Of course, there are some obvious biblical issues that we go to the hill and die on, but the majority of moral decisions in the public square (as bundled differently in our political parties) are not black and white. There are good reasons to prefer one way or the other.

Also, because the church as a whole is smaller here, we just can’t split over those things. In Britain, the churches aren’t big enough to have that many niches, like left-wing churches or right-wing churches. It’s too small and weak. And if you go to a church in a persecuted area like Nigeria, the Anglicans, the Catholics, and the Pentecostals can’t afford to fall out with each other. There’s so few of them! They’re being persecuted under an Islamic majority, so they need to stick together.

Trevin: It’s good for pastors to look outside of the U.S. to see how these issues play out in other contexts. It’s also helpful to realize that the contextual realities are bigger than discipleship practices. American pastors shouldn’t beat themselves up, thinking, “I’m failing at church unity while pastors in the U.K. are succeeding.”

I’ve been encouraging Christians here to look at the primary story they’re living in as they navigate polarizing issues. What gives life meaning and significance? Is it the battle in D.C. where you see yourself as a foot soldier in a wider war between good guys and bad guys? Because if that’s the story that gives you meaning, you’re not living primarily in the Christian story anymore. You may still adhere to your Christian beliefs, but there’s something else supplying meaning and motivation for your choices.

As you look at the U.S. from the outside, what counsel would you give to pastors who feel buffeted by waves of political controversy and whose church members seem to live and breathe politics? What wisdom would you offer to those who are wondering about the way forward? Because what’s been going on is not going to suffice.

Andrew: That’s a huge question. First, what you’re saying about identifying a better story is crucial. Asking what ultimately is going to be the dominant narrative of good and evil in your life––that’s critical.

Second, I’d say, “Give yourself a break,” for the reasons we’ve talked about. A lot of this is beyond your control. It goes back to the founding fathers; they were talking about these issues a long time ago. It hasn’t just suddenly appeared. Political engagement is a strength in America, but it can become a weakness when it seeps into everything.

Third, building not only cross-denominational but cross-cultural Christian relationships within the U.S. is important. Basically (I’m talking to white pastors here), do you know how minority ethnic pastors in your city approach the same issues as you? Have you sat down and talked about and prayed about how these decisions affect their congregants and so on? The ability to not only have a guess, but to listen and empathize and generally see the impact of these things so you’re able to articulate well your position would be significant.

Fourth, finding every opportunity to view and explain issues in multiple different ways helps our congregants think clearly. Expressing the benefits in varying views, the advantages and disadvantages of counter positions to members, to help get people accustomed to seeing the world from another perspective, is important.

And fifth, be aware that with the increasing marginalization of Christianity in the public square—being the exile—the idea of moving more to the margins is going to do some good in countless areas for the American church. It’s going to be bad in other ways too, of course. Individuals more likely will face clashes between their Christian convictions and their requirements in their workplace or the public square. There are many downsides––I’m not romantic about that––but there are a few benefits as well. There are some strengths to the church having a position with less political power, and that development comes with curses, but also blessings.

Justin Taylor
Charles Spurgeon’s Battle with Depression
An Interview with Paul on What’s Wrong with Us
Why John Was Not a Baptist: The 7 Irreconcilable Differences Between John Bunyan and the Baptists
Erik Raymond
When the Going Gets Tough
Recent Reads March 2022
It’s Not as Bad as You Think
Thomas Kidd
Is the Declaration of Independence a Christian Document?
The ‘Jefferson Bible’ and a Founder’s Skepticism
What ‘Deist’ Meant to Thomas Jefferson
Jared C. Wilson
My Top 10 Books of 2021
20 Quotes from “Love Me Anyway”
“Love Me Anyway” Releases Today!
LOAD MORE
Loading