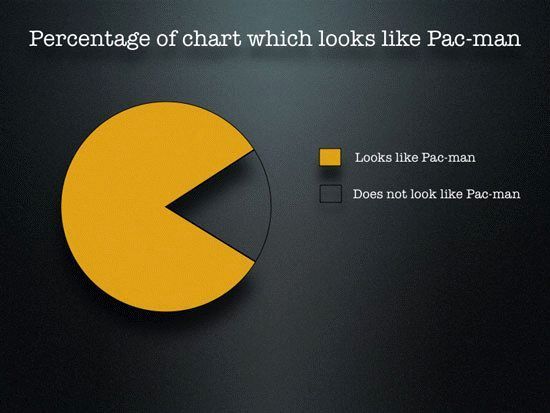 One of the best and worst things about blogging is that you get immediate feedback for everyone to see. Sometimes this feedback helps me see where my own arguments were mistaken or less than careful. One commenter pointed out that the study in question, in the end, weighted blacks and Hispanics according to their actual proportions in the population, thus undermining my point about a skewed sample. I think he is right. Second, the commenter argues that the refusal rate for this study is actually pretty normal and those interviewed probably weren’t told ahead of time what the survey was about, thus mitigating my concern about some Christians refusing to participate. Although, the data shows that some did not complete the survey and it is possible some refused once it became clear what the subject matter was about, but I nevertheless overstated my case on that point. All that to say, thanks to Ron Sellers for pointing out these nuances of the study. The other points in my post, including the broader argument about hyping bad stats, are still appropriate (as even this commenter recognizes). But on those other two points, my arguments were not careful enough. I’m glad to be corrected.

Evangelicals love to believe bad things about themselves. And often what they believe about themselves is not true. That’s the thesis of Bradley Wright’s excellent book Christians Are Hate-Filled Hypocrites…and Other Lies You’ve Been Told (Bethany House 2010). It’s an important thesis to keep in mind when considering a new and frequently cited article from Relevant magazine.

In the September/October issue you can find Tyler Charles provocative piece entitled “(Almost) Everyone Is Doing It: A Surprising New Study Shows Christians Are Having Premarital Sex and Abortions As Much (or More) Than Non-Christians.” The article has been referenced in numerous places on the web (and in pulpits no doubt), especially the opening paragraph:

Eighty percent of young unmarried Christians have had sex. Two-thirds have been sexually active in the last year. Even though, according to a recent Gallup Poll, 76 percent of evangelicals believe sex outside of marriage is morally wrong.

The article goes on to suggest a smattering of action steps in light of these findings, everything from being more realistic about sexual promiscuity, to talking more about why Christians should wait, to doing more to value marriage. Many reading the article will find reasons to be alarmist (“Oh no, Christians are just as bad everyone else!”) or smug (“See, Christians are just as bad as everyone else!”). Everyone seems to love stats about bad Christians. Non-Christians like to see that we really are fakes. Christians like to think the sky is falling.

The journalistic approach to such studies is troublesome in itself. When our first instinct is always to play up the “scandal” we not only contribute to the secular impression that Christians are all fakes, we also contribute to our own impression that the Christian life is bound to end in failure. We need to find better ways to motivate toward holiness than utter, shocking shame.

Just as important, we need to examine whether our alarming conclusions can hold up under close scrutiny. We need to ask: are these stats about bad Christians themselves bad stats?

Or to ask the question more clearly: what should we think about the claim that “Christians are having premarital sex and abortions as much (or more) than non-Christians”?

Let’s dig deeper into the numbers of premarital sex. The Relevant article includes a graphic taken from the “National Survey of Reproductive and Contraceptive Knowledge” which shows that 42% of unmarried evangelicals ages 18-29 are currently in a sexual relationship compared to 52% of everyone else. Ten percent of young, unmarried evangelicals have had sex but not in the past year, while 20% have never had sex. The percentages go down to 6% and 12% respectively when looking at the sexual patterns of all other unmarried 18-29 year-olds.

The National Survey can be found in a report called “The Fog Zone” published by The National Campaign to Prevent Teen and Unwanted Pregnancy. The specific chart cited in the Relevant piece can be found here.

The Case for Less Credulity

Statistics like the 80% need to be taken with a generous grain of salt. I don’t doubt that fornication is a big problem, bigger than most pastors realize. But when figures like 80% get thrown around we are led to believe (or flat out told) that Christians behave no different than anyone else.

And yet, consider two points.

1. Even using the numbers quoted in Relevant, it’s still the case that the percentage of celibate singles is almost twice as high for evangelicals and for everyone else. But that will not make headlines.

2. The National Survey, like most surveys, simply measures those who self-identify as evangelical. As you can see here, Question 80 of the study asks, “Do you consider yourself to be a born-again Christian, evangelical, or fundamentalist?” Only 476 of the 1800 said yes. Of these 476 unmarried 18-29 year-olds, apparently 80% have had sex before (although only 42% say they are currently in a sexual relationship). But we do not know what sort of “evangelicals” these 476 persons are. The next question in the survey (Q81) asks about frequency in attending religious services. It would be interesting to see the percentages of fornication among weekly churchgoers. Still too high no doubt, but probably much lower. As Bradley Wright argues in his book, there is a strong correlation between church attendance and more faithful sexual behavior across the board (Christians Are Hate-Filled Hypocrites, 138-142). There are lots of nominal Christians in this country whose commitment consists of putting on a religious label for a survey. Looking at what people actually believe and examining their actual engagement with the church is a better mechanism for making claims about the rights and wrongs of Christian behavior.

Here’s the bottom line: don’t believe every stat you read. They are sometimes false and often kind of true, but the real shocking figures are rarely quite as much as meets the eye.

Scotty Smith
Are We More Like a Porcupine or a Golden Lab?
Getting the Help We Need
What Wondrous Love IS This?
Erik Raymond
He Is Not Ashamed
How to Get More Out of Church
Recent Reads: April & May
Justin Taylor
Fact-Checking Randall Balmer’s Urban Legend on the Real Origin of the Religious Right
Chuck Colson: A Life Redeemed
What Mother Teresa Told the Supreme Court: “Your Decision in Roe v. Wade Has Deformed a Great Nation”
Ray Ortlund
The peace of Christ
Psalm 1, a reverse translation
Happy beyond description
LOAD MORE
Loading