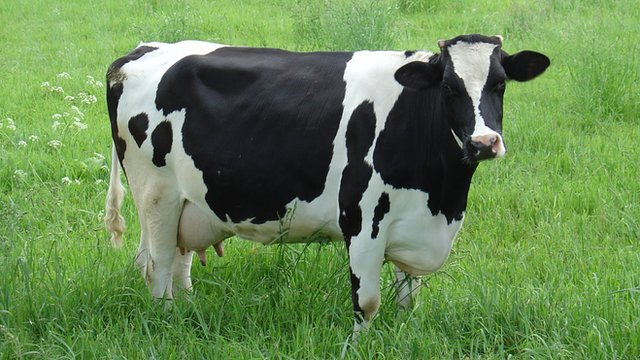 I’m not interesting in commenting on the specifics of either party’s job plan. There are, no doubt, many good ideas that could help the economy and many bad ideas to avoid. I’ll let you decide which are which.

But I thought it might be worthwhile to think about where private sector jobs come from. Most basically, new jobs come from people with money to spend who want to spend their money on more people. This means:

(1) The employer must have money. He may spend his own money. Or he may borrow money from investors or the bank. But somehow he has to have money.

(2)The employer must believe that spending his money on new employees will be good for his business. We may wish that employers hired people just cuz. But that’s not the way the world works. When employers want to be charitable they give to the church or to their alma mater. But with their business they know they need to make money. Consequently, they hire new workers only when they believe that paying more people will eventually be offset by making more money.

(3) The employer must be willing to take a risk. Very few new hires are sure things. Employers don’t know exactly what they are getting with their new employees. More important, they don’t know what will happen with their profits. They follow trends and track receipts and keep money in reserve, but in the end every expansion of business is a risk.

Of course, none of this matters if the employer is not profitable. Almost no business will expand unless profits are increasing, or it is believed strongly that they will.

So where do profits come from?

People make a profit when they sell goods or services for more than it costs to produce or perform those goods and services. No doubt, many people are greedy and pursue profits at the expense of principle and the good of people. But profits by themselves are not bad. In fact, they tell you that you are delivering a product that people find valuable. Profits help allocate scarce resources toward the goods and services that people want.

When the same goods and services can be delivered more cheaply, profits increase. And with fair competition prices will eventually decrease, which is good for consumers. Productivity is the name of the game. Whenever the same stuff can be produced for less cost, productivity has increased. And when productivity increases, an economy expands. This doesn’t mean everyone will profit equally. One business windfall may spell bad news for some other industry. But over time, with increased productivity, the net effect on the whole economy is positive. And that means more jobs.

Mr. Moo and His Milkmaids

He could charge more for his milk, but he realizes that at $6 a gallon some of his customers will drive to the next town where milk is only $4.75. So instead he tries to lower his costs. He needs $4 to make a gallon of milk, but he’d like to do better. So next month he replaces his milkmaids with new milking machines. This requires a substantial up front investment, but within a year the milking machines have paid for themselves. Without having to pay milkmaids, his milk only costs $3 to produce. Now he charges $4.25—a savings to his customers and more profit for him.

But, you ask, how is this good for anyone but Mr. Moo? Well, as the other farmers purchased their milking machines their costs went down too. So they started to lower prices, hoping to attract more customers. Mr. Moo did the same. Even if he is now getting richer, his customers are too. They save 75 cents on every gallon of milk (paying $4.25 when they used to pay $5.00). Now they have the same milk as before but more money. The economy has expanded.

And that’s not all, with more money in his pocket Mr. Moo goes out to eat more, which helps the local burger joint hire one more cook. And all the new machines need servicing, so the local repairmen hires an apprentice. The grocer spends less on milk so he can add another bagger. The doctor, who is saving money on dairy, has more money to spend so he donates to the local art museum which can afford to purchase two new paintings from an aspiring artist. No one knew Mr. Moo’s machines would help so many people and create so many jobs. No one really notices either, but it happens.

But what about the poor milkmaids? True, they are out of work. Their lives, at least in the short run, are worse because of the new innovation. Those dreaded milking machines seemed to have ruined everything. In fact, the mayor almost outlawed them. Others wanted to institute a new milking machine tariff to discourage farmers from buying them and to help save milkmaid jobs. But none of this happened. Instead farmers kept buying milking machines and milkmaids kept losing their jobs. Which was really hard on the milkmaids and their families.

And yet, that’s not the end of the story. Some of the milkmaids went to work for Mr. Pump who manufactures milking machines. His business was booming. He needed more workers to help make more machines. So he hired a few milkmaids. And remember, as the price of milk dropped, so did the price of cheese and pizza and yogurt. Everyone’s grocery bill was less. The whole town had the same stuff but more money. So Mr. Wall and Mr. Mart decided to open a new thrift store. Mrs. Lovejoy, who started watching busy Mr. Wall’s and Mr. Mart’s kids during the day, decided to open a daycare. She hired some former milkmaids to help, as did Mr. Wall and Mr. Mart. A few of the married milkmaids decided they didn’t have to work anymore because groceries were cheaper than they used to be and the family could get by on less. It was hard and humiliating to lose their jobs, but five years later the whole town is better off because Mr. Moo bought his milking machines. There are more jobs. Families are able to purchase more things. And there is more ice cream for everyone.

Coming to a Point

The point of this little parable is to highlight the power of productivity. Obviously, my story is hugely simplified. This one example doesn’t take into account that some technologies are morally suspect and some people use them immorally. Virtue is necessary for any flourishing economy. Economists call it social capital. It’s the fancy phrase for trust, honesty, and the rule of law. Economies drag when corruption soars. Every economy needs rules that are justly enforced by impartial rule keepers. All of this is assumed in the story of our capitalist friend Mr. Moo.

I don’t believe the Bible mandates a specific economic system. Capitalism is not required by Christianity. But Christian principles do undergird capitalism. And the biggest of these is capital itself. When we hear “capital” we think of money. But that’s not the only, or the most important, kind of capital. Remember, capital comes from the Latin word for “head.” The most important element in capitalism is the human brain. The engine of capitalism is the God-given drive, ability, and responsibility to create, to innovate, to conquer and subdue. When humans make something out of nothing, or when we make the same something more efficiently, we show forth the image of God in us. We turn a black gooey mess into gasoline and sand into silicon chips. That’s the result of human ingenuity, which results in increased productivity. And it just so happens, that increased productivity leads to profit, and profits are ultimately where jobs come from.

Life and Books and Everything: Afghanistan, Olympics, & Mars Hill