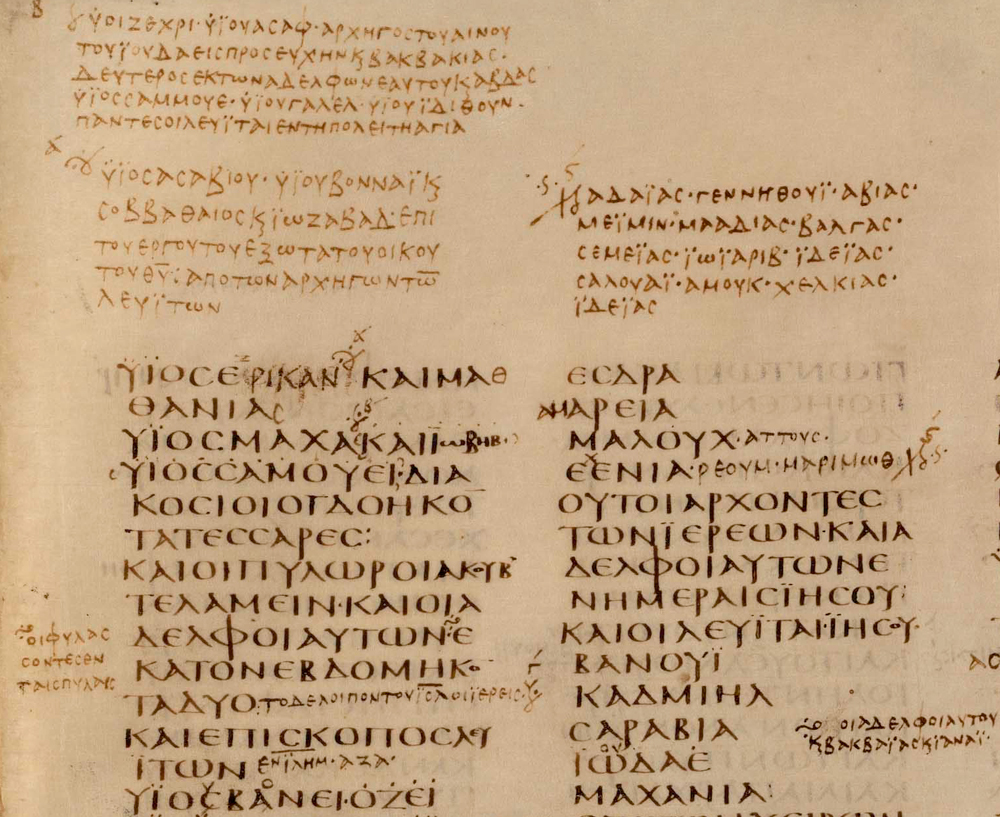 Brant Pitre’s The Case for Jesus: The Biblical and Historical Evidence for Christ is creative and compelling. Read along with Peter Williams’s Can We Trust the Gospels? readers will have an outstanding one-two punch.

Pitre includes a helpful summary of how oral tradition, memory, and discipleship played into the formation of the Gospels.

Stage 1. The Life and Teaching of Jesus

As a Jewish “rabbi” (rabbi), Jesus “taught” (didaskō) his “students” (mathētai) in the context of a rabbi-student relationship. His students lived with him and learned from him for some three years.

Stage 2. The Preaching of Jesus’s Students

After Jesus’s death, the students of Jesus “remembered” (mnēmoneuō) what he had said and done, and they “taught” (didaskō) others about what they had seen and heard.

Stage 3. The Writing of the Gospels

Eventually, the evangelists “wrote” (graphō) either what they themselves “witnessed” (martyreō) or what was “handed on” (paradidōmi) to them by “eyewitnesses” (autoptai) who were present with Jesus “from the beginning” (see Luke 1:1-4; John 21:24).

Pitre points out that to be a “disciple” is literally to be a student (Greek mathētēs; Hebrew talmid).

Being a student in the ancient world was radically different from what it is like today, when it simply means you may (or may not) listen to a fifty-minute lecture three times a week for a semester. Being one of Jesus’s students meant following him everywhere, and listening to him all the time, for anywhere between one and three years. As the Gospels make clear, it also meant remembering what he said (Matthew 16:9; Mark 8:18; John 15:20; 16:4).

Jesus called individuals to follow him literary, physically, as he undertook various preaching tours of Galilee, Judea and surrounding areas. . . . Following Jesus as his disciple meant leaving behind one’s home, parents, and livelihood. One could not follow Jesus simply by staying at home and studying his teachings or by going to his school-house and attending his lectures.

In another section he shows that there is virtually no evidence for the common claim that the Gospels were originally anonymous. But if we take seriously the evidence for their apostolic origin, it means one of two things:

Notice how different this is from the now widespread theory that our information about Jesus is primarily based on decade after decade of anonymous storytelling. Of course uncontrolled stories about Jesus circulated; the Gospel of Luke even mentions anonymous “reports” (Greek ēchos) making the rounds during Jesus’s lifetime (Luke 4:37).

However, as I have argued in earlier chapters, that’s not what the four Gospels claim to be. They are not the last links in a long chain of anonymous rumors and stories. They are ancient biographies and authoritative accounts of the life of Jesus based on the testimony of his students. As such, they function in part precisely as controls over what was being said about Jesus.

He also highlights the fact that the disciples would have frequently rehearsed their memories, starting in Jesus’s lifetime. He quotes Richard Bauckham, “Frequent recall is an important factor in both retaining the memory and retaining it accurately,” and comments:

Anyone who is a teacher knows this to be true. I might not be able to tell you what I did last week, but I could give you a three-hour lecture about Jesus and the Jewish roots of the Last Supper with zero preparation because I have been talking about it all the time for the last ten years. That’s one key difference between rehearsed memories and incidental memories.

Pitre’s point is not about inspiration per se, but rather about the historical and cultural practice of moving from the original events to the written records.

For how divine inspiration relates to all of this, I have found J. I. Packer’s work to be clear and clarifying:

[For] the didactic inspiration of the biblical historians, wisdom teachers, and New Testament apostles. . . . the effect of inspiration was that after observation, research, reflection, and pray they knew just what they should say in God’s name, as witnesses and interpreters of His work. . . .

God so controlled the process of communication to and through His servants that, in the last analysis, He is the source and speaker . . .

Whether spoken viva voce or written, and whether dualistic or didactic or lyric in its psychological mode, inspiration—that divine combination of prompting and control that secures precise communication of God’s mind by God’s messenger—remains theologically the same thing. (Packer, “The Adequacy of Human Language,” in Inerrancy, ed. Normal L. Geisler [Grand Rapids, MI: Zondervan, 1980], pp. 198, 199.

Jared C. Wilson
My Top 10 Books of 2021
20 Quotes from “Love Me Anyway”
“Love Me Anyway” Releases Today!
Erik Raymond
He Is Not Ashamed
How to Get More Out of Church
Recent Reads: April & May
Trevin Wax
Some Personal Announcements Before Signing Off
5 Quick Takes for New Culture Wars
Truthful Witness in the Public Square
Thomas Kidd
Is the Declaration of Independence a Christian Document?
The ‘Jefferson Bible’ and a Founder’s Skepticism
What ‘Deist’ Meant to Thomas Jefferson
LOAD MORE
Loading