In March of 1863, 18-year-old Charles Appleton Longfellow left his family’s house on Brattle Street in Cambridge, Massachusetts—a colonial mansion that had served as General Washington’s headquarters from 1775 to 1776. 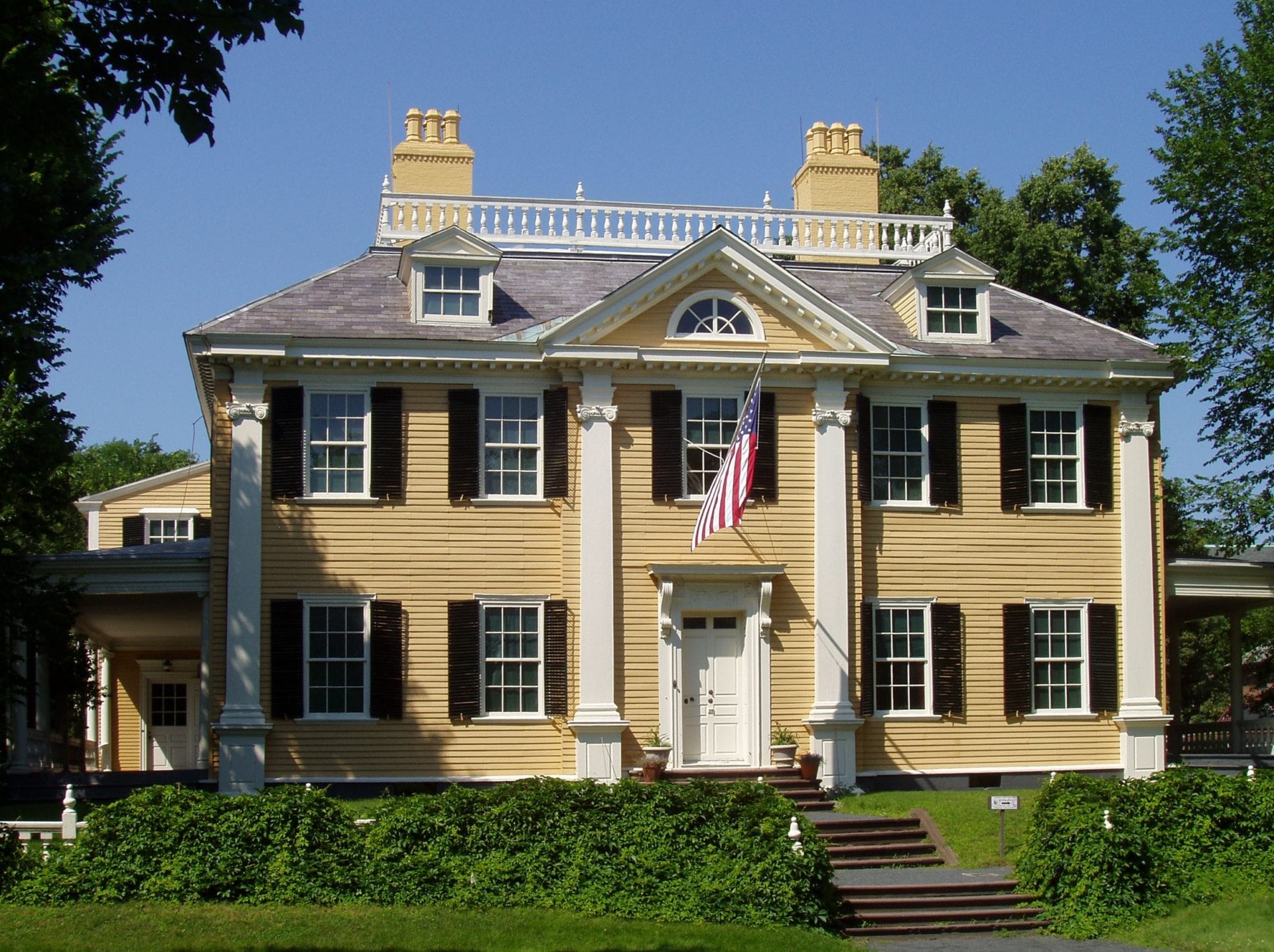 Unbeknownst to his family, he boarded a train bound for Washington, D.C., traveling over 400 miles down the eastern seaboard in order to join President Lincoln’s Union army to fight in the Civil War.

Charles (b. June 9, 1844) was the oldest of six children born to Fannie Elizabeth Appleton and Henry Wadsworth Longfellow, the celebrated literary critic and poet. Charles had five younger siblings: a brother (aged 17) and four sisters (ages 13, 10, 8—and one who had died as an infant).

Less than two years earlier, Charles’s mother Fannie had tragically died after her dress caught on fire. Her husband, Henry, awakened from a nap, tried to extinguish the flames as best he could, first with a rug and then his own body, but she had already suffered severe burns. She died the next morning (July 10, 1861), and Henry Longfellow’s own burns were severe enough that he was unable even to attend his own wife’s funeral. He stopped shaving on account of the burns, growing a beard that would become associated with his image. At times he feared that he would be sent to an asylum on account of his grief.

When Charley (as he was called) arrived in Washington D.C., he sought to enlist as a private with the 1st Massachusetts Artillery. Captain W. H. McCartney, commander of Battery A, wrote to Henry Wadsworth Longfellow for written permission for Charley to become a soldier. HWL (as his son referred to him) granted the permission.

Longfellow later wrote to his friends Charles Sumner (senator from Massachusetts), John Andrew (governor of Massachusetts), and Edward Dalton (medical inspector of the Sixth Army Corps) to lobby for his son to become an officer. But Charley had already impressed his fellow soldiers and superiors with his skills, and on March 27, 1863, he was commissioned as a Second Lieutenant in the 1st Massachusetts Cavalry, assigned to Company “G.” 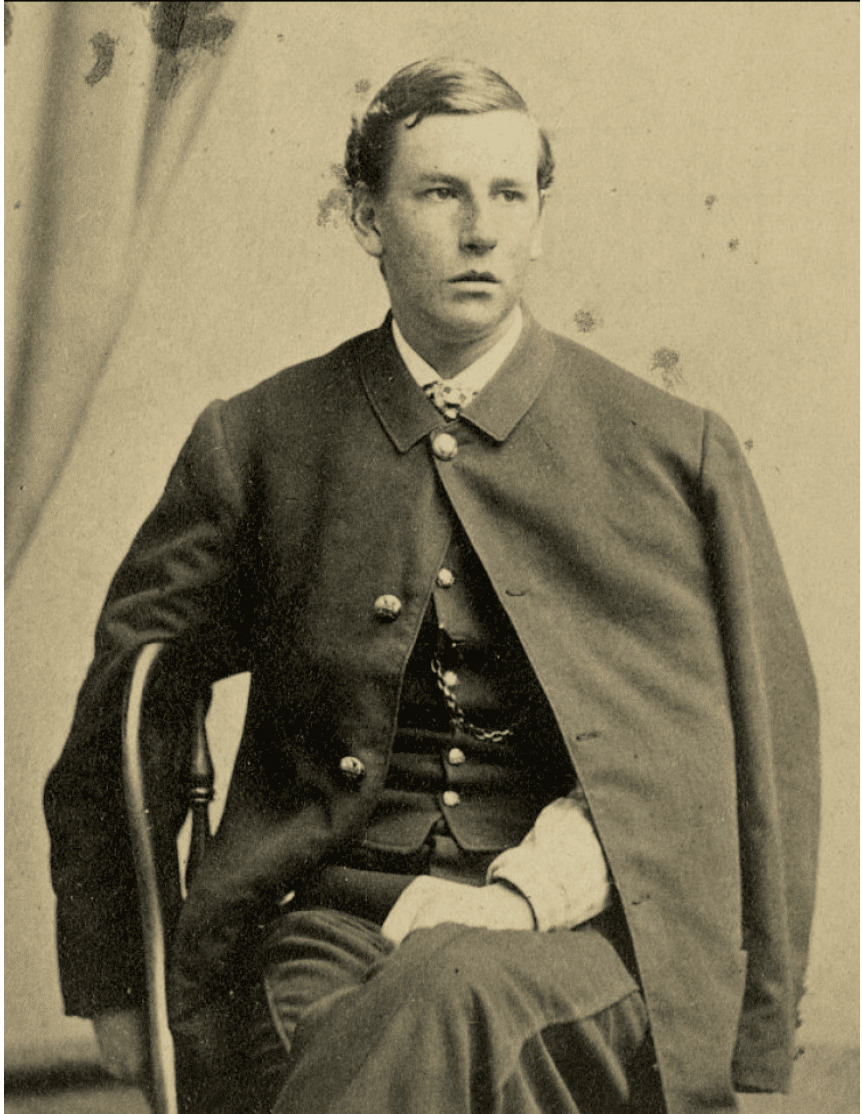 At the Battle of Chancellorsville in Virginia (April 30–May 6, 1863) he saw no combat duty but spent his time guarding wagons.

Charley fell ill with “camp fever” (probably typhoid or typho-malarial fever) and was sent home to recover for several months with his family. That summer, having missed the Battle of Gettysburg (July 1–3, 1863), he rejoined his unit on August 15, 1863.

On the first day of that December, Henry Wadsworth Longfellow was dining alone at his home when a telegram arrived with the news that his son had been severely wounded—inaccurately stating that he had been shot in the face—four days earlier. On November 27, 1863, while involved in a skirmish during a battle of of the Mine Run Campaign, Charley had been shot through the left shoulder, with the bullet exiting under his right shoulder blade. It had traveled across his back and nicked his spine. Charley avoided being paralyzed by less than an inch.

He was carried into New Hope Church (Orange County, Virginia) and then transported to the Rapidan River. Charley’s father and younger brother, Ernest, immediately set out for Washington, D.C., arriving on December 3. Charley arrived by train on December 5. Henry Wadsworth Longfellow was alarmed when informed by the army surgeon that his son’s wound “was very serious” and that “paralysis might ensue.” Three surgeons gave a more favorable report that evening, suggesting a recovery that would require him to be “long in healing,” at least six months.

On Friday, December 25, 1863, Longfellow—as a 57-year-old widowed father of six children, the oldest of which had been nearly paralyzed as his country fought a war against itself—wrote a poem seeking to capture the dynamic and dissonance in his own heart and the world he observes around him that Christmas Day. 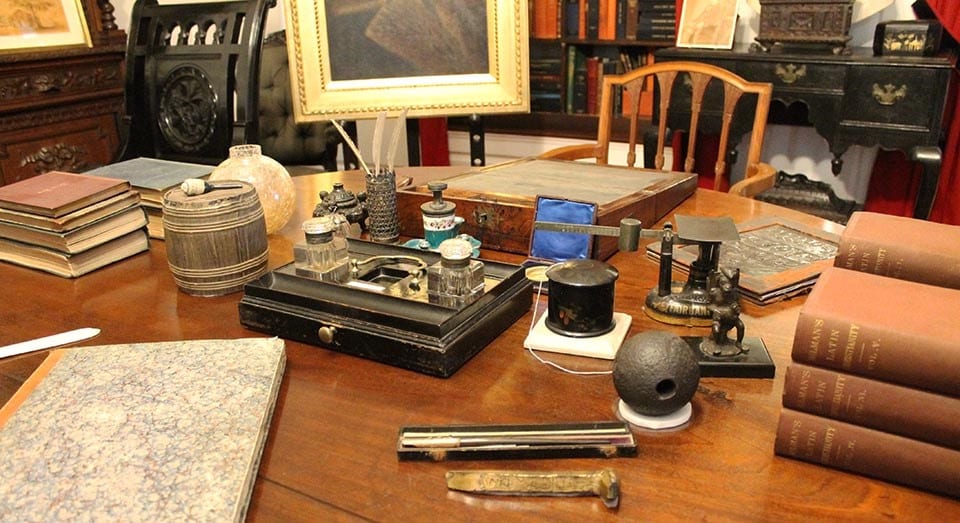 He heard the Christmas bells ringing in Cambridge and the singing of “peace on earth” (Luke 2:14), but he observed the world of injustice and violence that seemed to mock the truthfulness of this optimistic outlook.

The theme of listening recurs throughout the poem, eventually leading to a settledness of confident hope even in the midst of bleak despair as he recounts to himself that God is alive and righteousness shall prevail.

Within a decade (1872), the poem was put to music by the English organist John Baptiste Calkin for a processional, set to the the melody “Waltham.”

You can read the whole poem below and listen to a modern rendition of the carol by Caroline Cobb and Sean Carter.

I heard the bells on Christmas Day
Their old, familiar carols play,
and wild and sweet
The words repeat
Of peace on earth, good-will to men!

And thought how, as the day had come,
The belfries of all Christendom
Had rolled along
The unbroken song
Of peace on earth, good-will to men!

Till ringing, singing on its way,
The world revolved from night to day,
A voice, a chime,
A chant sublime
Of peace on earth, good-will to men!

Then from each black, accursed mouth
The cannon thundered in the South,
And with the sound
The carols drowned
Of peace on earth, good-will to men!

It was as if an earthquake rent
The hearth-stones of a continent,
And made forlorn
The households born
Of peace on earth, good-will to men!

Then pealed the bells more loud and deep:
“God is not dead, nor doth He sleep;
The Wrong shall fail,The Right prevail,
With peace on earth, good-will to men.”