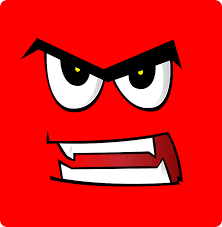 I hate to admit that the title of this blog post too often describes my household. I never (or at least it seems that way to me) lose my temper with my wife, my staff, or my congregation. But sadly, I too often feel (and act?) like that little Anger guy from Inside Out when it comes to my kids. Too many frustrated sighs and raised voices and sharp tones (and that’s just from the parents!).

In Ephesians 6:4, God tells fathers—though I think it’s okay for moms to listen in—to raise children in the discipline and instruction of the Lord. He also warns against provoking our children to anger. So how do we do one without the other? How do we discipline exasperating kids without in turn exasperating them unnecessarily?

Commenting on Ephesians 6:4, Martyn Lloyd-Jones offers seven principles to govern our disciplinary action as parents (Life in the Spirit, 278-84). The headings and commentary are mine. The quotations are the Doctor’s.

“We are incapable of exercising true discipline unless we are first able to exercise self-control, and discipline our own tempers” (278).

The goal is for children to be less angry, not for parents to join them in their fury. An explosion of anger often feels good, and it may even yield short-term results, but the fruit is behaviorism more than gospel sweetness. I can think of many times I’ve had to go back to my kids later and tell them I was sorry for responding to their sin in a sinful way.

“If a parent is to exercise this discipline in the right way he must never be capricious. There is nothing more irritating to the one who is undergoing discipline than a feeling that the person who is administering it is capricious and uncertain. There is nothing more annoying to a child than the kind of parent whose moods and actions you can never predict, who is changeable, whose condition is always uncertain. There is no worse type of parent than he who one day, in a kindly mood, is indulgent and allows the child to do almost anything it likes, but who the next day flares up in a rage if the child does scarcely anything at all” (279).

Well, Lloyd-Jones is 2-for-2 in nailing me as a parent. I wish it weren’t so, but some days I’m all sugar canes and lollipops (literally, to my wife’s chagrin). And then when I’m tired and stressed, the fuse gets real short real fast. How will my children know how I expect them to act if they don’t know what to expect from my actions?

“Another most important principle is that the parent must never be unreasonable or unwilling to hear the child’s case. There is nothing that so annoys the one who is being disciplined as the feeling that the whole procedure is utterly unreasonable. In other words, it is a thoroughly bad parent who will not take any circumstances into consideration at all, or who will not listen to any conceivable explanation” (280).

I know Lloyd-Jones is right in theory, but then I think: he never met a 21st-century American child. It seems like our kids always have an excuse for their sin. They are always ready to rationalize. When discipline is coming, the kids suddenly transform into the world’s most penetrating logicians, ready with the legal acumen of Maimonides. Certainly, children can make this principle difficult to carry out. And yet, we must not think we always have all the facts squared away. If we could calmly listen—just for a minute and then move on—we might learn something, and our kids might be more trusting.

“But there is another principle to be considered—the parent must never be selfish. . . . My charge applies to persons who do not recognize that the child has his own life and personality, and who seem to think that children are entirely for their pleasure, or for their use” (281).

Hmm, that’s a good reminder. Even at their worst moments, my children are more than distractions to my progress or obstacles to tranquility. They are image bearers made by God and loved by God. They feel things just like I do. They are human beings, not personal projects or impediments.

“Punishment, discipline, must never be administered in a mechanical manner. There are people who believe in discipline for its own sake. That is not biblical teaching, but the philosophy of the Sergeant Major. . . . It must never be thought of in terms of pressing a button and expecting an inevitable result to follow. That is not true discipline; it is not even human. That belongs to the realm of mechanics. But true discipline is always based on understanding; it has something to say for itself; it has an explanation to give” (282).

If your favorite parenting book has page after page of simple, fool-proof formulas for turning disobedience into correction into heartfelt submission, you’ll probably get more benefit from those pages by ripping them out and using them as wet wipes. We can’t train our kids like that dude trained the raptors in Jurassic World. Our kids are more complicated than raptors (and hopefully less violent).

“Discipline must never be too severe. Here is perhaps the danger that confronts many good parents at the present time as they see the utter lawlessness about them, and as they rightly bemoan it and condemn it. Their danger is to be so deeply influenced by their revulsions as to go right over to this other extreme and to become much too severe. The opposite of no discipline at all is not cruelty, it is balanced discipline, it is controlled discipline” (283).

It is possible to be too “conservative” in our discipline. Kids need boundaries, not bruises. They need rebuke, not berating.

7. Letting Them Grow Up

“We must never fail to recognize growth and development in the child. This is another alarming parental defect which, thank God, one does not see now so often as formerly. But there are still some parents who continue to regard their children all their lives as if they had never outgrown their childhood. The children may be 25 but they still treat them as if they were 5″ (284).

Your kids will always be your kids. But they won’t always be messy toddlers or mouthy pre-teens or moody high schoolers or know-it-all college kids. Or so I’m told. We need to let God do the work only he can do, and trust he will do all the work we can’t. Kids grow up. And so should parents.