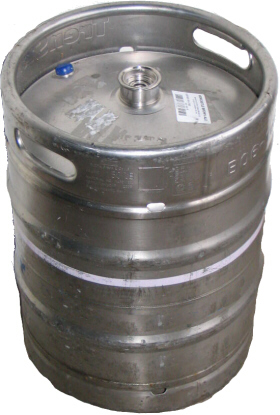 With most major colleges getting whipped into a full frenzy, I thought it would be worthwhile to dust off a few thoughts about binge drinking on our nation’s campuses. Most students won’t have to look hard for opportunities to drink over the next days and weeks (and months and semesters). They may have to go somewhere off campus to party, but the party scene comes recruiting right to them. Some students arrive at college looking to make their Party U dreams come true. Others just find themselves all alone and eager to fit in and make friends. The sad reality is that choices made in the first weeks (or even days) of college can set a trajectory that’s hard to break.

Which means churches and Christian groups must bend over backward to meet, greet, invite, and include. It also means churches must be ready to winsomely and courageously confront the university lifestyle when it is inconsistent with Christian commitment. Many professing Christians will live duplicitous lives–getting smashed on the weekends while still trying to be the good Christian boy or girl their parents and ministry friends imagine them to be. The problem is huge and anyone wishing to minister to college students needs to think about a biblical approach.

Here are a few suggestions on how to begin formulating a Christian response to drinking on our college campuses.

1. Know what you’re up against. Like a good AA course, the first step is admitting we have a problem. Binge drinking is so bad that when researches tried using Breathalyzers at parties and bars it only encouraged students to drink more. No matter how many bad consequences are put in front of students–drunk driving, addictions, unwanted sexual intercourse, unwanted pregnancy, sexually transmitted diseases, decreased performance in school–they don’t offset the two perceived benefits of drinking: it’s liberating and a good excuse.

Students thinking of alcohol as “liquid courage.” It makes them more fun, more adventurous, less tied to inhibitions. On the latter, drinking is seen as a convenient way of avoiding personal responsibility. The sober girl who hooks up with a complete stranger might be considered a slut. But if she’s drunk, then it’s not really a mark on her character; she just had a few too many. Likewise, many students feel justified if they miss class or perform poorly because of a hangover. No matter what people tell them about the possible dangers of drinking, getting drunk for many college students, is the best way to have fun. And whatever negative consequences may come, these are thought to reflect on the alcohol not on the individual.

Take almost any college in the country, especially the big state schools, and I can just about guarantee that the biggest obstacle to Christian discipleship is not Richard Dawkins or Bart Ehrman or all the heady objections to Christianity that our apologetics are meant to counter. We need apologetics. I’m 100% for taking every thought captive to Christ. But for most 17-22 year-olds the most common temptations to sin are alcohol and sex. Even when there are intellectual objections to Christianity, these are often just cover for a debauched lifestyle. Tens of thousands of college students will walk away from the church this year, or never give it a chance, because their main goal each week is to get smashed and hook up. Rare is the campus ministry that needs to talk about Derrida more than drunkenness.

2. Demonstrate a mature attitude toward alcohol. Some Christians go farther than Scripture in condemning alcohol. The Bible celebrates wine as a gift from God (Isa. 55:1; John 2:9) and good for your stomach (1 Timothy 5:23). I’m not convinced that the Lord’s Supper was strictly the unfermented stuff (1 Cor. 11:21). But let’s not trade one overreach for another. Christians who enjoy good gift of wine or beer need to grow up at times. Christian upperclassmen (and other adults) who can drink legally should be careful with alcohol consumption around underage believers. They should not talk about beer like it’s the coolest thing since Don Draper. If you think not drinking gets you closer to God, get a better reading of Scripture. If you think drinking gets you closer to relevance, get a better understanding of ministry. Christian liberty is no reason for social life and conversation to revolve around the conspicuous consumption of alcohol.

3. Be boldly biblical. There is good wisdom in admonishing sinners by presenting the negative consequences of sin. “You reap what you sow” is how the Bible puts it. So it’s appropriate to warn binge drinkers of STD’s and addictions and DUI’s and scrambling your brains on a car antenna (I won’t go into details, but it was the most disturbing story I heard while I was in college). And yet, the Bible doesn’t just say, “Stop getting drunk because it will hurt you.” It also says, “Stop getting drunk because God hates it.” Drunkards do not inherit the kingdom of heaven (1 Cor. 6:10). Drunkards do not belong in the church’s fellowship (1 Cor. 5:11). Of course, there is forgiveness for the sin of drunkenness. But the Bible repeatedly rebukes those who seek after this sin. Woe to those who run after strong drink, Isaiah says (5:11). Do not get drunk, is Paul’s command (Eph. 5:18). This is what God has to say about the tradition of partying every weekend while in college: “Let us walk properly as in the daytime, not in orgies and drunkenness, not in sexual immorality and sensuality, not in quarreling and jealousy. But put on the Lord Jesus Christ, and make no provision for the flesh, to gratify its desires” (Rom. 13:13-14).

4. Show tough love. There’s a fine line between caring for your drunken friend (who may legitimately hurt himself or others) and enabling sin. Don’t let friends drink and drive and don’t let friends crack their skulls open (I saw people come close in college). But don’t feel sorry for the weekend warriors. Don’t pick up all their messes or remove all their consequences. This line from a 2011 USA Today article has stuck with me: “The campus environment provides so much social support that even when students have bad experiences drinking, the help they get from friends afterward is seen as a positive.” If you are interested in real community, take a risk and show some tough love.

5. Remind the Christians who they are. I realize that many of the binge drinkers have nothing to do with Christianity. But in many parts of the country, the average college student claims some Christian affiliation. Press home their profession of Christ. Tell them what it means to be a new creation. Help them see who they are in Christ. Show them that because they are joined to Christ they take Christ with them to get hammered and get in bed with someone. Teach them again all the good news of Christ crucified for sinners and Christ raised for newness of life. Then implore them to live as if they actually believed what they say they believe.