Ideally, I would write a review of Michael Kruger’s Bully Pulpit: Confronting the Problem of Spiritual Abuse in the Church as an objective observer. But five minutes into reading it, I realized I wasn’t objective at all. Beginning in the first chapter, Kruger’s examples of spiritual abuse weren’t episodes of which I was generally aware but ones to which I was adjacent and even personally involved during my time at Mars Hill Church and in the years after my family left.

I wept as I read the last few chapters, particularly as I read Kruger’s description of ways abusers and their enablers seek to destroy the character of their victims. His chapter on the tactics an abuser uses to flip the script from his abuse to the problems of the abused was particularly eye-opening. Abusers often engage in “profuse denials, rallying a group of defenders, attacking the accusers, and making [themselves] out to be the victim of a conspiratorial plot to ruin [their] good name” (79). Kruger recognizes and describes such tactics in such a way that I saw things in my own story I hadn’t recognized before.

In Bully Pulpit, Kruger captures the brutality that spiritual abuse unleashes on a believer’s life. Such abuse is a sucker punch to the gut of the body of Christ. It’s heinous (a word he uses throughout the book) because it hits us where we’re most vulnerable as believers, our community of faith. 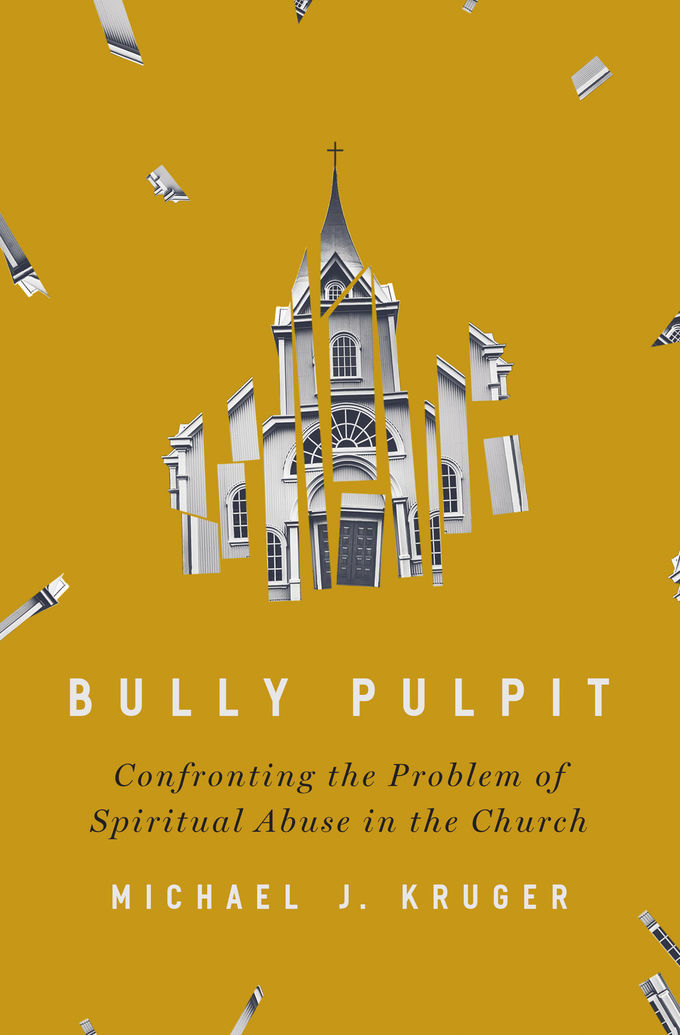 Are churches looking for the wrong kind of leaders? The last decade has witnessed a rising number of churches wrecked by spiritual abuse—harsh, heavy-handed, domineering behavior from those in a position of spiritual authority. And high-profile cases are only a small portion of this widespread problem. Behind the scenes are many more cases of spiritual abuse that we will never hear about. Victims suffer in silence, not knowing where to turn.

Of course, most pastors and leaders are godly, wonderful people who don’t abuse their sheep. They shepherd their flocks gently and patiently. But we can’t ignore the growing number who do not. We have tolerated and even celebrated the kind of leaders Jesus warned us against.

Is Complementarianism the Culprit?

The Christian market is saturated with books on spiritual abuse, and conservative churches must guard against diminishing the heinousness of the problem. As a result of our concern for the reputation of the church, we tend to circle the wagons when someone critiques the church. Kruger has an important exhortation for those of us who want to protect and defend the church: “Fear over unbridled cynicism has caused some to put on the blinders, refusing to see and acknowledge the problems that are really there. We can convince ourselves that loving the church means keeping our mouth shut about its weaknesses” (17).

Kruger reminds us from Scripture that we must face our sins head-on, repent, and correct. Loving the church means we want to see it sanctified so it reflects Christ’s beauty. This is the only way we can truly protect the reputation of the church. The glory of God isn’t protected by our defensiveness against accusations of abuse.

Loving the church means we want to see it sanctified so it reflects Christ’s beauty.

In this saturated market, Bully Pulpit offers something unique. Kruger speaks on spiritual abuse as a denominational leader in a conservative context—he’s president and professor of New Testament at Reformed Theological Seminary’s campus in Charlotte, North Carolina. While much I’ve read lately suggests a one-to-one correlation between spiritual abuse and a conservative understanding of elder authority and limits on women in the office of elder, this hasn’t been my personal experience.

One could argue that Mars Hill was less restrictive in terms of women in the offices of the church than my current context, but my pastor at my current, more conservative church has blessed me deeply with his humble leadership that has caused me to flourish, personally and ministerially. Kruger argues spiritual abuse isn’t predicated on a conservative understanding of Scripture but on the types of leaders we train up, tolerate, and even promote. My experiences match his concerns.

On hearing Kruger had written this book, my first question was to whom he wrote it—to those abused in the pew or to leaders on the stage? I think the book will be encouraging and helpful to both.

But Kruger is a seminary president training the next generation of spiritual leaders, and his book is ultimately written to help leaders avoid such abuse in the first place. He spends time surveying Scripture around the qualities of a spiritual leader. His analysis of the qualifications of a pastor and Jesus’s words on servant leadership aren’t rocket science. But they do remind us that an orthodox, conservative reading of Scripture should have constrained us from promoting spiritual abusers in the first place. It was a rejection, not acceptance, of the constraints of Scripture on the character of those occupying the office of elder that set up churches to enable spiritual abusers.

Kruger offers concrete help for men who want to be pastors and churches seeking a pastor in his chapter on “creating a culture that resists spiritual abuse” (111). He confronts our affinity for a leader who exhibits gifts of the Spirit over one who exhibits fruits of the Spirit.

Ultimately, while Kruger writes accurately about what has happened in the past, his primary goal, consistent with his role as a seminary president, is to help churches and future ministry leaders avoid putting such men in positions of power in the first place.

Is There Grace for Abusers?

Kruger’s book ministered much grace to me as one who has been spiritually abused. It offers wisdom and biblical instruction both to men training to be pastors and the churches that would employ them. My only critique is that it doesn’t offer hope for those who have been the abuser. Perhaps that’s a book for a different author with a different audience, but I’d like to make the case for why it still needs to be on our radar.

While we’re all sinners before God, Bully Pulpit distinguishes between the effect of sin (that it separates us from God) and the heinousness of sin (69). Spiritual abuse is a heinous sin with deep ramifications. Our response to heinous sins should be swift, stopping harm and working to repair the damage. But is there hope for the abuser who has wreaked havoc on the sheep in his congregation? Once we’ve put a stop to his harm, can we approach him as the apostle Paul instructs us to approach our opponents in 2 Timothy 2?

The Lord’s servant must not quarrel, but must be gentle to everyone, able to teach, and patient, instructing his opponents with gentleness. Perhaps God will grant them repentance leading them to the knowledge of the truth. Then they may come to their senses and escape the trap of the devil, who has taken them captive to do his will. (2 Tim. 2:24–26, CSB)

The unrepentant abuser is our opponent. Many abusers will never see their sin as it really is in God’s eyes. They’ll spend the rest of their days continuing to flip the script, even if their audience shrinks as their abuse is revealed to others. But we set our own hearts up for failure if we contribute to the dehumanization of the abuser as he does to the abused. As a result of the abuse my loved ones experienced at Mars Hill, I constantly fight the temptation to dehumanize Mark Driscoll, to mock him as he mocked others.

Our response to heinous sins should be swift, stopping harm and working to repair the damage. But is there hope for the abuser?

But Paul reminds me that a spiritual abuser isn’t my ultimate enemy. He is, though, being influenced by my ultimate Enemy, and I should pray earnestly that God would grant him repentance even as I mourn the harm he’s done and warn others of the harm he’s capable of.

Kruger concludes Bully Pulpit with hope. The answer to the problem of spiritual abuse is summed up in Jesus Christ, who didn’t save his own life or his own reputation but gave up both willingly for the safety and flourishing of the sheep. Jesus’s love is a balm to those who have been abused as he restores our dignity and removes any shame projected onto us by an abusive leader. But may we also hold on to this gospel hope for young men in seminary exhibiting troubling character traits, for pastors on the edge who are tempted to circle the wagons rather than humbly hear critique, and even for those who have already wreaked havoc on the masses.

As we hold them accountable and protect folks in the pews from future abuse, may we also hope for the genuine repentance of abusers. Because real repair of wrongs can’t take place without repentance of the one who did the harm in the first place. The cross of Christ testifies that such radical owning of sin and repairing of wrongs isn’t just possible but is God’s will for the abuser. May he come to his senses and escape the trap of the Devil, who has taken him captive to do his will.