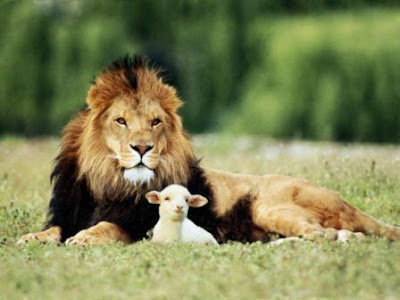 Last week I preached on Mark 1:14-15 where Jesus delivers his first sermon: “The kingdom of God is at hand; repent and believe in the gospel.” In this one sentence we find four of the most important words in the New Testament: kingdom, gospel, repent, and believe. Although we are familiar with these four terms, many Christians would struggle to articulate an accurate definition of each.

This is especially true of “kingdom.” Clearly the kingdom is central to the story of the gospels (basileia occurs 162 times in the New Testament). But what does the word mean? Let me suggest three complementary ways to look at the kingdom. I realize this is not an exegetical study. But perhaps the theological overview will be helpful.

2. The kingdom of God is the long-awaited Messianic rule. Jesus’ prefaced his preaching of the gospel of the kingdom by announcing, “The time is fulfilled…” God’s Messianic rule was explicitly predicted in the Old Testament (e.g., Psalm 2). It was also prefigured in different ways. The Garden of Eden, with its peace, prosperity, absence of sin and suffering, and perfect relationship between God and man, was a picture of the kingdom of God. So was the nation of Israel in the promised land. The covenant blessings were blessings of the kingdom: safety, security, health, prosperity, God’s presence. These blessings reached their zenith under King David. He was a type of the Messianic King to come.

3. The kingdom of God is the age to come breaking in to the present age. Think of what we see in the visions from John and Isaiah of the new heaven and new earth. We see a new kind of Eden: no more tears, no evil, no impurity, perfect security, abundance, and holiness, a place where God is all in all, where the Lamb is worshiped, adored, and obeyed. This is the heavenly age that has broken in to our world with the coming of Christ. In Jesus’ ministry we see the signs of the kingdom. The sick are healed. The hungry are fed. Demons are defeated. Sinners repent and come to God in faith.

With Jesus, the kingdom has arrived, but it hasn’t fully set up shop. The kingdom of this world has not yet become the kingdom of our Lord and of his Christ (Rev. 11). We have the kingdom now as an appetizer. We can taste it. It is real food, but it’s not the main dish.

A Few Cautions
Whenever we try to define something as big, broad, and potentially confusing as the kingdom, it’s important we state our definition in positives and negatives. So in addition to the three statements above, let me suggest five cautions.

1. Don’t be afraid to talk about the kingdom. Some conservatives avoid preaching the gospel of the kingdom, believing that kingdom talk is for liberals. But Jesus and the apostles showed no such hesitation. The message about God’s reign and rule was hugely significant to their theology and should be to ours as well.

2. Don’t have a truncated view of the kingdom. For many people the kingdom of God equals social services. But the kingdom is not just the alleviation of suffering, it means conquering God’s enemies, ridding the world of impurity, and acknowledging the splendor of the King. So before we get all excited about “doing kingdom work” we should remember that the coming kingdom will not just be devoid of hunger, it will also be devoid of the wicked and unbelieving.

5. Don’t forget to talk about how we enter the kingdom. As Greg Gilbert has pointed out before, we haven’t proclaimed the gospel of the kingdom unless we have told how people they can enter into this kingdom. The good news of the kingdom is not simply that God is in the world establishing his rule, conquering his enemies, righting wrongs, forming a holy people for himself, and reversing the effects of sin and suffering. The good news must also include the message that through Christ’s wrath-bearing death and his glorious resurrection we can be a part of this kingdom. The gospel of the kingdom is no good news unless we tell people how unrighteous, unholy, undeserving sinners can receive this kingdom through repentance for our sins and faith in Jesus Christ, the Son of God.

Trevin Wax
My Favorite Reads of 2022
My Recent Stay at The Kilns in Oxford
The Body Is Bigger Than You Think
Justin Taylor
A Simple Way to Help One Million Christians in the Global South Get a Copy of Their Own Bible
Listen to Zambian Pastor Conrad Mbewe Narrate the ESV
Christological and Trinitarian Principles and Rules for Exegesis
Ray Ortlund
Everything just so
The blessing we dread
The peace of Christ
Melissa Kruger
Sneak Peek Interview: Megan Hill’s New Children’s Book
Sneak Peek Interview: Wendy Alsup
Sneak Peek Interview: Trillia Newbell
LOAD MORE
Loading