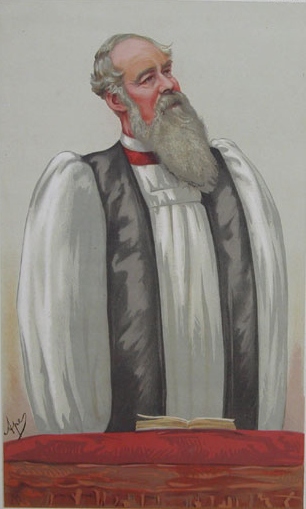 It’s short and so helpful that I think I can say without exaggeration that every preacher should try to read J. C. Ryle’s Simplicity in Preaching. The 22-page booklet, recently (and inexpensively) reprinted by Banner of Truth, began as an address to a group of clergy at St. Paul’s Cathedral in London in the latter part of the 19th century.

Before moving to the substance of his lecture (which Ryle reworked into written prose), Ryle starts off with four prefatory remarks:

1. “I ask all my readers to remember that to attain simplicity in preaching is of the utmost importance to every minister who wishes to be useful to souls.” We aren’t useful unless we are understood, and we aren’t understood without being clear and straightforward.

2. “To attain simplicity in preaching is by no means an easy matter.” It’s actually much easier to sound erudite than to be intelligible. Simplicity is hard work.

3. “When I talk of simplicity in preaching, I would not have my readers suppose I mean childish preaching.” Simple does not mean shallow or condescending.

4. “It is not coarse or vulgar preaching that is needed.” Ryle would have us speak as courteous gentlemen, not as uneducated rabble-rousers.

From there, Ryle launches into the body of his address, offering “five brief hints” for simplicity in preaching:


1. “If you want to attain simplicity in preaching, take care that you have a clear view of the subject upon which you are going to preach.” If you aim at nothing, you’ll always hit nothing. If you begin in a fog, you will leave your people in darkness. The goal of the preacher is not to be thought clever, but to be thought clear. This means, according to Ryle, that we should not be ashamed of having divisions in our sermons, nor ashamed of announcing those divisions. “If we would be simple, there must be order in a sermon as there is in an army.”

2. “Try to use in all your sermons, as far as you can, simple words.” This doesn’t mean the preacher can only use words of one syllable or that he cannot teach important terms and definitions. Rather, it means we should avoid unexplained jargon and words that ordinary people never use (like “erudite” perhaps?!). Preachers must not try to impress the learned or fall back into preening seminary-speak. The application of this point will vary from congregation to congregation, but as a general rule Ryle is surely right: the more you use plan common words, the better.

3. “Take care to aim at a simple style of composition.” Beware of colons and semicolons in your discourse. Beware of long sentences and long paragraphs. Try to develop pithy points and memorable sayings. Ryle gives several examples that we would say are Tweet-worthy: “Hell is paved with good intentions.” “Sin forsaken is one of the best evidences of sin forgiven.” “Meddle with no man’s person, but spare no man’s sins.” “One thief on the cross was saved, that none should despair, and only one, that none should presume.”

4. “If you wish to preach simply, use a direct style.” I imagine some homiletics professors may disagree, but Ryle is adamant that preachers should avoid “we” when they mean “I” and stick with “you” when they mean to address the people directly.

5. “You must use plenty of anecdotes and illustrations.” I imagine some of us in Reformed circles have come to be suspicious of illustrations. To be sure, illustrations can overtake an ill-equipped sermon, but the Puritans were constantly using figures, metaphors, and stories. Ryle cautions against elaborate story-telling and stuffing our sermons so full of illustrations that the message becomes a cake “entirely of plums and containing hardly any flour.” And yet, if we follow the example of Jesus, we will find examples and illustrations all around us.

1. “We ought to aim not merely at letting off fireworks, but at preaching that which will do lasting good to souls.” We mean to edify, not entertain.

2. “All the simplicity in the world can do no good, unless you preach the simple gospel of Jesus Christ so fully and clearly that everybody can understand it.” Clear sermons don’t save without a clear gospel.

3. “All the simplicity in the world, again, is useless without a good lively delivery.” Be careful: simple sermons can still be boring sermons.

4. “Above all, let us not forget that all the simplicity in the world is useless without prayer for the outpouring of the Holy Spirit, and the grant of God’s blessing, and a life corresponding in some measure to what we preach.” The preacher works hard, so that God might work through us. We still depend on him for power.

Amen and amen. Do yourself and your hearers a favor—take 30 minutes sometime in the next month to read Ryle on preaching.

Erik Raymond
A New Resource on an Old Confession
Why Our Church Cancelled Christmas Eve Service
How Can Pastors Prevent Burnout?
Scotty Smith
Look for Jesus IN Your Story, Not a Moral to Your Story
Christ-Supremacy Isn’t a Game
A Joy Greater Than Terror and Triumph
Trevin Wax
Ministry Is Tough: When Self-Care Becomes Self-Absorption
Ivan Provorov and the Pressure to Punish LGBT+ Dissent
Lesson for the Church from the Barnes & Noble Turnaround
Thomas Kidd
Tradition, the Bible, and America’s Debate over Slavery
Charles Spurgeon the Pastor
From ‘Wretched’ to ‘Needy’: Changing a Classic Hymn
LOAD MORE
Loading