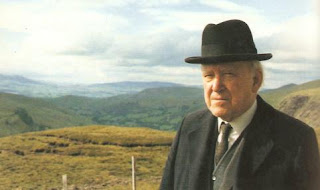 Dr. Martyn Lloyd-Jones (1899-1981) was one of best preachers in the twentieth century. He was expositional, experiential, God-centered, dogmatic, and full of passion. Think John Piper with a Welsh accent.

Lloyd-Jones was a leader among evangelicals, especially in Britain. As such, he often spoke about the right and wrong kind of unity. In 1971, he gave a series of three addresses in Mittersill, Austria on the theme “What is an Evangelical?” The talks were later published by Banner of Truth in the book, Knowing the Times (1989).

Here’s a summary of the Doctor’s first address:

We must be sure and certain we know exactly what we mean by “evangelical” (300). It is easy, and historically common, for subtle changes to slowly erode the meaning of our terms. We are not discussing what is a Christian. Of course, we are Christians, but evangelical is a limiting term that describes us a certain kind of Christian. Evangelical is chiefly a doctrinal term that should be defined and defended to our very “latest breath” (306).

There are two dangers that face us in defining the term “evangelical.” The first danger is to be too narrow and detailed in our definition. If we define the term so that those who are agreed about the centralities of the faith are separated from each other we are guilty of schism. We must always beware of setting up denominations “not in terms of vital truth but in terms of matters which are not even secondary, but of third-rate, fourth-rate, even perhaps twentieth- or hundreth-rate importance” (309).

The second danger is that we would be so broad and wide as to include those who do not agree with us on the fundamentals of the faith. There were several factors which, in Lloyd-Jones’ estimation, were promoting an overly loose definition of “evangelical” and causing confusion as to what made someone an evangelical. (1) Billy Graham’s crusades which brought together groups of people who disagreed on core issues of the faith. (2) Trying to claim non-evangelicals as our own (e.g., Malcom Muggeridge, and C.S. Lewis). (3) The charismatic movement’s tendency to put the baptism of the Holy Spirit before doctrinal integrity. (4) Assuming that non-evangelical opponents of the ecumenical movement must be evangelicals because they oppose ecumenicity.

Scotty Smith
When We Fail to Love Jesus As He Deserves
Animation, Tears, Kindness, and the Gospel
The Keys and Key to Everything
Trevin Wax
5 Ways to Persevere Through a Hard Book
Don’t Let Your Wrath Make You a Wraith
Ministry Is Tough: When Self-Care Becomes Self-Absorption
Thomas Kidd
Tradition, the Bible, and America’s Debate over Slavery
Charles Spurgeon the Pastor
From ‘Wretched’ to ‘Needy’: Changing a Classic Hymn
Ray Ortlund
Everything just so
The blessing we dread
The peace of Christ
LOAD MORE
Loading