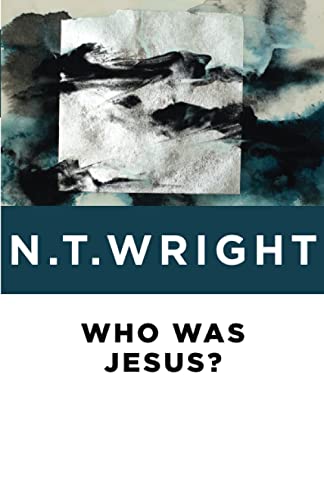 If every book on theology was written in the style of this one the anti-intellectual ‘Babylonian Captivity’ of theology in church life might be at an end. Although treating a serious theological subject, it avoids technical language and regularly dives (or soars) into illustration and humour. It is a topical book dealing with three challenges to traditional Christian belief about the person of Christ. The three writers involved are the Australian, Barbare Thiering, the British journalist, A.N. Wilson, and the Episcopal US Bishop, John Spong. Without being uncharitable, it is fair to say that none of the three have particularly made a mark on academic theology. All of them, however, have ridden the media very well indeed, Thiering reaching the dizzy heights of ITV’s Lunchtime News, Wilson presenting a TV documentary series, and Spong being the darling of the producers of Radio 4’s Sunday (‘Radio Spong’ as I should like to call it), who seem to think that all other bishops have died off.

Thiering, deservedly, suffers the worst mauling. Wright mercilessly completes the demolition job begun in his encounter with her on Lunchtime News. He shows convincingly that Thiering’s eccentric theory that Jesus married Lydia (yes, the one in Acts 16:4) has alone ‘raised her status from a writer of complex, obscure and unconvincing theories to that of a worldwide bestseller. And the passage in question consists of this: a few pages of totally worthless argument.’

With Wilson and Spong, Wright is charitably willing to recognize points of legitimate concern and to extract some useful starting points. All the same, the two writers do not last many rounds with him. It almost (only almost) arouses sympathy for them to see their theories irretrievably coming apart in his hands: Wilson’s that Jesus was a simple Galilean holy man, Spong’s that Jesus was the issue of a rape and was married, probably to Mary Magdalene.

It is a sad commentary that the outstanding skill and scholarship of the author needed to be deployed at all in refuting this flotsam and jetsam of religious speculation, destined for the same short but corruptive life as John Allegro’s ‘mushroom’ theories. But it is a fact that it is needed. Some strange and bizarre theories have engaged the greatest minds in Christian history, precisely because such theories exercise a fascination on the popular mind. Although scholarship has barely recognized the three writers, popular media could not resist them.

Wright amply justifies his book in other ways, though. In his treatment of A.N. Wilson, he gives us a usefully popular version of his own scholarly account of NT Christology. This alone is a valuable spin-off which justifies the exercise. Other topics receiving trenchant conservative handling include the virginal conception, the historicity of the Gospels, the meaning of Jewish monotheism, the resurrection and the NT imagery for the last times. It is all presented with priceless popular-user access and, not infrequently, humour.

And to think we owe it all to Thiering, Wilson and Spong.