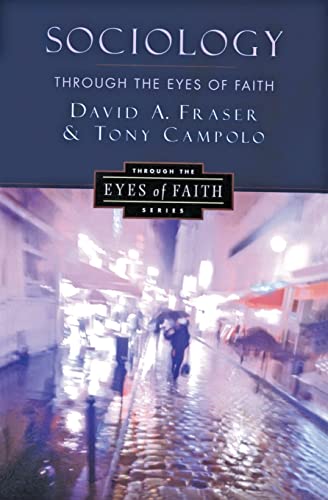 Sociology through the Eyes of Faith

Written by David A. Fraser and Tony Campolo Reviewed By Richard S. Hess

Another volume in a series which provides complementary texts for Christians beginning to study particular disciplines, this work also has the value of effectively challenging assumptions in the field: e.g. that Christians had little to do with its origins and development, that science erodes faith, that social sciences are more ideologically controlled than natural sciences, and that social sciences operate in a value-free world. The authors provide a tour of sociology, including its origins, its major thinkers and the premises and methods with which it functions. The second half of the book considers NT evidence of key words and their related concepts. This develops into several biblical models for dealing with society, a consideration of Anabaptist, Lutheran, and especially Reformed approaches to society, and an appreciation of the complexities in relating Christianity and sociology, first through a number of possible models and then through the lives of contemporary sociologists. Although the latter part of the book will be of most interest to theologians, the entire volume is a useful introduction (and at times, a critique) to a discipline which plays an increasingly significant role in biblical and theological studies.