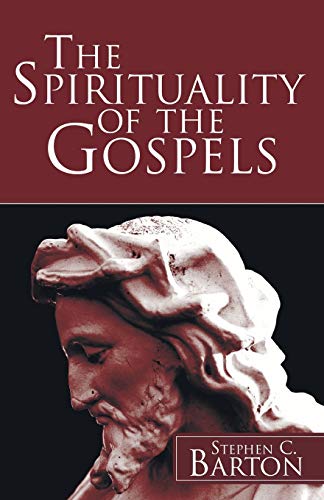 The Spirituality of the Gospels

This is a brief, well-written, honest, and appropriately documented introduction to the ‘spirituality’ of each of the canonical gospels. Barton defines the term ‘spirituality’ somewhat vaguely as having to do with ‘the sense of the divine presence and living in the light of that presence’ (p. 1). Since the gospels are ‘faith documents from start to finish’ and since Christian communities hold them to be sacred Scripture, it is fair, says Barton, in view of the recent upsurge of interest in things ‘spiritual’, to attempt to ‘describe and evaluate the spirituality of the gospels in their canonical context’. His approach involves a sensibly eclectic combination of critical methods (involving historical, canonical, literary and redactional approaches).

The main strength of the book is the descriptive material where Barton takes a broad approach to the ‘spirituality’ of each gospel, placing his discussion within the context of the main themes of each gospel (this explains why in the preface he can describe the contents of this book as ‘what I had come to understand each of the canonical gospels to be really about’). His sympathetic descriptions of the themes of the gospels are clear and (despite quibbles of both substance and emphasis) will genuinely help careful readers to understand and appropriate the message of the gospels. Barton helpfully notes both the theocentric and the christocentric nature of the ‘spirituality’ of the gospels (with additional emphases for the different evangelists). For example, Matthew’s ‘spirituality’ is described in terms of ‘the sense of the presence of God’ in the person and ministry of Jesus (e.g. pp. 10–12, cf. Mt. 1:23; 28:20), which gives rise to a particular ethical position. Mark has an eschatological ‘spirituality’ (‘a spirituality for martyrs’), which would give strength in persecution or difficulty. Luke’s ‘spirituality’ is one of joy and gladness understood as appropriate responses to God’s grace in Christ (e.g. pp. 74–77). John’s ‘spirituality’ is thoroughly Christ-centred, providing (among other things) grounds for both present assurance and future perseverance. In general these descriptions are clear and useful summaries of the biblical material, with useful endnotes to each chapter.

It is when he turns to evaluate the ‘spirituality’ of the gospels that Barton’s position becomes (for this reader) untenable. Ultimately, of course, this is rooted in Barton’s doctrine of Scripture, but even on his own terms he has a problem. He describes the gospels as ‘documents of the canon of Christian scripture held as sacred within the communities of Christian faith which scripture sustains and nourishes’ (p. 3). The problem for Barton (leaving aside the biblical claims which lead evangelicals to describe the Bible as the Word of God) is that the very term ‘canon’ involves the idea of a normative rule or statement of Christian faith. But Barton does not allow the gospels to function in any normative (i.e. ‘canonical’) manner. His evaluations of the gospel message of ‘spirituality’ (or ‘gospel spiritualities’) include many negative value judgments about the actual teaching contained in the gospels.

Since this goes to the heart of Barton’s idea of what ‘spirituality’ actually is, it is worth highlighting some of these judgments and the basis from which they are arrived at. As regards Matthew, Barton makes three criticisms. Firstly he suggests that in controversy with the Jews (expressed especially in ch. 23), Matthew himself has not learnt the lesson of loving one’s enemies (cf. Mt. 5:44). Secondly, Barton is critical of ‘Matthew’s doctrine of reward and punishment’ which he describes in the following terms: ‘the kingdom of heaven is breaking in with the coming of the messiah and a great sorting out is about to take place on the basis of both Israel’s and the nations’ response to the revelation of the will of God by his Son Jesus’ (p. 30). Barton asserts that this is untrue and is basically a doctrine designed ‘to bolster the identity and self-esteem’ of a threatened community. Thirdly, Barton is critical of Matthew’s certainty that the resurrection was an historical event supported by witnesses and evidence.

Nor do the other gospels emerge unscathed. Barton regards Mark’s presentation of the passion and death of Jesus as excessively dark and oppressive in its focus on tile suffering Son of Man. Luke’s ‘unabashed’ or ‘unsubtle’ supernaturalism (whereby Luke presents the miracles of Jesus as validating and revealing the identity of Jesus, pp. 104ff.) is criticized as propagandist, as is his belief in the steady progress of the gospel ‘in a context of miraculous guidance and in fulfilment of a divine plan for the salvation of the world’ (p. 107). Finally, Barton is critical of the particularity and exclusiveness of John in presenting Jesus as the only way to the Father and the unique focus of God’s revelation and salvation (pp. 136f.). It is at this point in the book that Barton finally owns up to his own ‘modern “liberal” sympathies’. Indeed, his honest disagreements with the teaching of the gospels help to clarify the distance between his ‘modern liberalism’ and traditional ‘orthodox’ Christianity.

I say this because none of these matters (the final judgment and resurrection certainty of Matthew, the dark passion of Mark, the super-naturalism of Luke and the particularity of John) can be regarded as of marginal importance for the evangelists, the whole NT, or even Jesus of Nazareth (although this last could be disputed). Barton’s quest for a gospel ‘spirituality’ begins to look very much like a ‘spirituality’ devoid of a gospel. Certainly it contains no supernatural salvation from wrath and judgment only through the sin-bearing death and glorious resurrection of Jesus Christ. Thus it is a ‘spirituality’ without the heart of the apostolic (and God-given) gospel; it is a man-made ‘spirituality’ for today’s liberal; and it is a striking example of ‘holding the form of religion but denying the power of it’ (2 Tim. 3:5; cf. the context).