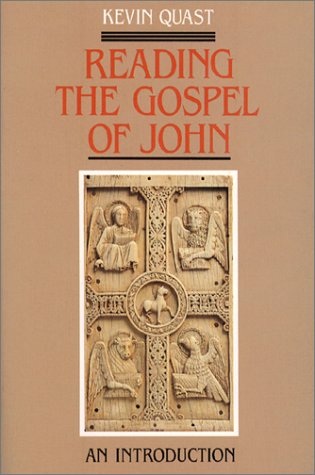 Reading the Gospel of John. An Introduction

As the title indicates, this is an introductory guide, aimed at first-year level or, more likely, lay individual study sessions. Although it occasionally assumes some familiarity with concepts such as the Messianic Secret (p. 18), it is generally quite elementary. Each chapter ends with study questions, testing comprehension of what has been written, but not stimulating further reading, thought or application. Quast offers a well-written sequential reading of the text rather than treatments of isolated themes. Thus the reader derives a good grasp of the overall discourse and flow of narrative. In addition he provides some useful elementary literary analyses of chapters 4, 9 and 18–19, though, surprisingly, not of chapter 11. There are lots of helpful charts and maps.

Quast is clearly aware of the main trends in contemporary Johannine scholarship but does not really interact with them in any substantial way. The bibliographies at the end invite the reader to pursue questions of interest, but this book is in no way a survey of scholarship. Quast takes a fairly middle-of-the-road view on the Johannine Community and detects seams within the Gospel reflecting a gradual community enterprise, with chapters 6, 15–17, 21 and the Prologue being late additions. It is of Palestinian Jewish origin and written for a Hellenistic readership. The Beloved Disciple is simply the hero lying behind the composition. Whilst it is not completely independent of the synoptic tradition, it is able to draw on an early independent source as well. It is an in-house document not intended to evangelize but to address problems experienced by the community.

Although Quast never really discusses historicity, he is not prepared to defend it at points when it would be comparatively easy. The fishing incident in chapter 21 is thought to be drawn from the same traditions as Luke 5 and 24. Despite the similarities with Luke 5:1–11, this reviewer regards it as a completely separate incident. In the account of the discovery of the empty tomb in chapter 20, we are told that ‘history and faith come together’ (p. 129), but also that ‘the Gospel of John … develops the empty tomb into an occasion for faith’ (p. 131). The reader is left uncertain as to how historical that particular narrative might be.

Further, it is simply not true that ‘only in John is the term “Messiah” forthrightly used of Jesus’ (p. 18). We might refer to Peter’s confession in the synoptic tradition or even Jesus’ affirmation in Mark 14:61–65 before the High Priest. One understands what the author wishes to convey but such a simplification can lead to an uncritical acceptance of scholarly generalizations.

With respect to Johannine soteriology, Quast’s view is that John proposes ‘redemption by relationship’ (p. 3). That is, salvation comes through believing and knowing, through the incarnation rather than the cross (following Bultmann, Forestell and Hultgren). In his discussion of the Lamb of God sayings in 1:29 and 1:36, Quast outlines three possible backgrounds to the saying but fails to draw any conclusions concerning John’s view of the atonement. He ignores Caiaphas’ reported statement in 11:50ff. and, although he acknowledges the Passover context and allusions of the passion narrative, this does not seem to affect his stated view. This reluctance to be decisive over disputed points is again evident in the discussion of ‘born of water and spirit’ (3:5)—some options are noted, but no preferred solution is offered. The reader is left uncertain.

I found this book rather disappointing. In scope and design it promised to be a valuable introduction, but it is too flawed in execution to meet the need for which it is intended.