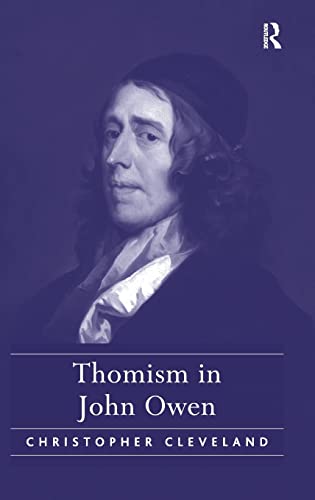 The last two decades have seen a revival of academic interest in the theological movement now known as Reformed Orthodoxy, a period in the development of Reformed theology which stretched from the early seventeenth century through the eighteenth century, the theological writings of which period were characterized by their confessionalism and a rigorously scholastic methodology. The work of historical theologian Richard A. Muller has been particularly influential in its attempt to break modern stereotypes that have regarded this period in Reformed thought as relatively insular, monolithic, and speculative. Muller’s work has launched a movement of very industrious Reformed thinkers returning to the sources of Reformed Orthodoxy in order to develop an increasingly complex account of the intellectual and social influences under which Reformed thinking of this period developed.

This recent turn in the historiography of Reformed thinking has coincided with a revival of Trinitarian theology. Both these movements—one historical and one theological—are a testament to the wide-ranging influence of Karl Barth in the twentieth century; and both have benefited the legacy of John Owen, whose thought has been experiencing something of a revival of late. Owen is widely regarded as the most accomplished theologian of the period, and his Trinitarian theology has become a welcomed resource to many working in modern, constructive dogmatics. The last few years have thus welcomed several specialized studies of Owen—both historical (e.g., Carl Trueman’s, John Owen: Reformed Catholic, Renaissance Man) and theological (e.g., Kelly Kapic, Communion with God: The Divine and the Human in the Theology of John Owen). Christopher Cleveland’s Thomism in John Owen, which is a published version of his PhD thesis at the University of Aberdeen, contributes to this growing body of literature.

The express purpose of Cleveland’s study is to “examine how Owen’s use of Thomism contributed to his Reformed theology,” and in this way “expand the inquiry” into the extent of Thomism’s influence upon Reformed Orthodoxy (pp. 17–18). In particular, the study examines Owen’s use of three generally Thomist concepts. The first relates to Owen’s doctrine of divine simplicity and the designation of God’s being as actus purus (ch. 2). Cleveland examines the function of divine simplicity as it relates to Owen’s doctrine of divine providence and his ongoing disputes with Socinianism and Arminianism. Though the scope of this chapter is perhaps a bit too narrowly focused on the doctrine of providence alone, Cleveland does some original work here in an attempt to show the extent to which the De Auxiliis controversy proved determinative for the shape of Owen’s thought on the nature of divine and human agency.

Chapters 3 focuses on the sources of Owen’s appropriation of the concept of infused habits, which is the gracious communication of a new principle by which creaturely powers may be ordered to the service of God. In chapter 4, Cleveland attends to the way in which Owen’s doctrine of infused habits further forms and gives shape to his vision of sanctification and, briefly, justification. I think Cleveland’s study would have benefitted here from a fuller account on the place of infused habits in Owen’s doctrine of union with Christ, since Owen, like Thomas, argues that by the Spirit the Christian becomes “one mystical person” with Christ. This would have given greater depth and complexity to the relationship between Owen and Aquinas on matters of anthropology and applied soteriology. However, in the main, it is a faithful reading of Owen’s theology of redemption.

Before his conclusion, Cleveland’s fifth chapter explores the way in which Thomas informs Owen’s Christology. Cleveland actually does a fair amount of correction to contemporary readings of Owen’s Christology, here—Owen appears much more traditionally “Western” in Cleveland’s account than he does in Spence’s Incarnation and Inspiration. But, Cleveland does not draw much attention to it. And while such humility is perhaps admirable in an academic culture where reputations are often built by inflated claims to originality or the errors of colleagues, it would have been beneficial to the reader had he distinguished his own interpretation somewhat more.

On the whole, Cleveland’s approach is more historical in nature, sharing a similar orientation to the work of Muller and Trueman. His analysis shows a great deal of interest in the intellectual sources of Owen’s writings, focusing its attention primarily upon a careful exposition on the text itself, attending to matters of intent and immediate context, rather than venturing very far into more synthetic descriptions of Owen’s theological thought. The nature of its concerns make it a kind of a specialist’s work, more immediately relevant to historians of Reformed Orthodoxy or scholars studying Owen than to someone with a general interest in Reformed theology. But scholarly treatments of Owen are still very few, and at these early stages, this kind of spadework into the intellectual sources behind Owen’s thought is important and essential along the way to a fuller appraisal of his dogmatic utility. In that respect, Cleveland’s work will certainly be of considerable use to any interested in the thought of John Owen, or the intellectual development of Reformed Orthodoxy more generally.