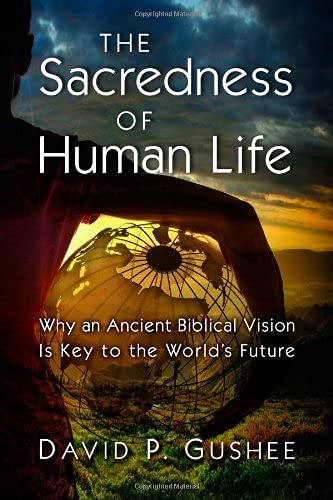 The Sacredness of Human Life

The theological significance of human life is a critical issue for the contemporary church. David Gushee’s most recent book, The Sacredness of Human Life, attempts to take a holistic look at the unique worth of humans from a faith perspective, with Christianity as its foundational paradigm. Gushee’s purpose in this book is “to persuade the reader to believe that practicing the ancient concept of the sacredness of human life is the key to the world’s future” (p. 15).

Gushee’s book consists of twelve chapters. The logical progression of this project is apparent from the start as Gushee begins by carefully defining his terms. Gushee argues that “sacredness” is a more compelling term to secular audiences than “sanctity” because it has a less religious overtone. In the second chapter, Gushee exegetes select Old Testament texts with the theme of the sacredness of human life. Gushee limits the texts he exegetes because, he writes, “I am not attempting to argue that the Bible offers perfect and unexceptionable resources for the development of a sacredness-of-life ethic” (p. 76). For Gushee, the process of “Scripture-sifting” to reclaim the text from perceived distortions is a project for the faith community (pp. 76–77). Gushee then moves to the New Testament in chapter three, focusing on sacredness of life themes in the Gospels followed by select commentary on the balance of the New Testament.

The fourth chapter is an analysis of passages of early church fathers who, according to Gushee, supported the sacredness of human life largely because they were a rejected minority of society. After the conversion of Constantine, however, the church lost its life-centered ethic because it became enamored of the power structure of the Roman Empire, as Gushee details in chapter five. In the sixth chapter Gushee covers three historical cases where Christians were on opposite sides of a debate over the sacredness of human life. He outlines the work of Francis of Assisi, the Spanish friar Bartolomé de Las Casas, and the early Baptist Richard Overton, in their unique defenses of human life.

The seventh chapter marks a shift in Gushee’s presentation; he moves from a focus on explicitly Christian themes to broader Western philosophical themes. The seventh chapter outlines the changes in views on human life during and subsequent to the Enlightenment. Chapter eight focuses on Friedrich Nietzsche’s outright rejection of Christian morality and the impact that rejection has had on Western views of human life. In the night chapter, Gushee outlines the Nazi’s horrific desecration of human life and the acceptance of that desecration by much of the German population. Contemporary challenges to human life are the subject matter of the tenth chapter. There Gushee briefly discusses topics such as abortion, bioethics, the death penalty, human rights, and nuclear weapons. Chapter eleven records Gushee’s attempt to bring environmental ethics under the umbrella of the sacredness of human life by arguing that what happens to the environment necessarily impacts human life. The final chapter is a summary and call to action.

Gushee does three things very well in this volume. First, he demonstrates a robust respect for Scripture through his careful exegesis of texts. Each text that Gushee references is used carefully and consistently with its context; he does not attempt to redefine terms in order to manipulate biblical texts, but approaches them with the appropriate context. He is, however, very selective about the texts that he uses and he seems to ignore texts that do not support his views. Second, Gushee does an excellent job in tracing the philosophical developments that have fueled the desacralization of human life. The discussion of the evolution of the Nazi assault on the sacredness of human life is, perhaps, the most significant contribution of this volume; it is both historically detailed and philosophically insightful. The third strength is in Gushee’s differentiation between the terms “sacredness” and “sanctity.” This distinction is valid and seems to be helpful in more clearly communicating an authentic, Christian concern for human life across religious boundaries.

There are, however, several weaknesses to this volume. First, Gushee grants limited authority to Scripture. His call for faith communities to sift Scripture––choosing which parts are authoritative––diminishes the authority of Scripture, which makes this a less apt resource for evangelicals. Second, Gushee’s attempt to classify environmental ethics as an ethics of human life is dubious. If all environmental concerns get addressed as issues of human life, then the discourse on legitimate life issues will be diluted. A third weakness is that at several points Gushee makes significant assertions without adequately supporting them. For example, Gushee calls for the church to support an expansion of governmental welfare and healthcare programs but does not clearly connect it to the sacredness of human life (p. 360). Additionally, his arguments about the supposed injustice of capital punishment ring hollow because his claim rests on statistics that he presents but does not analyze with rigor (pp. 367–72).

This book is helpful in providing terminology and explaining one stream of Christian thought regarding the sacredness of human life. His theory is worthy of thoughtful reflection, even if his proposed applications miss the mark at times. Overall, Gushee makes a significant contribution to this topic by providing helpful definitions and a well-traced history of the Christian perspective on the sacredness of human life. The book is a worthwhile addition to the library of pastors or scholars who wish to reflect further on what it means to live as a human made in God’s image.