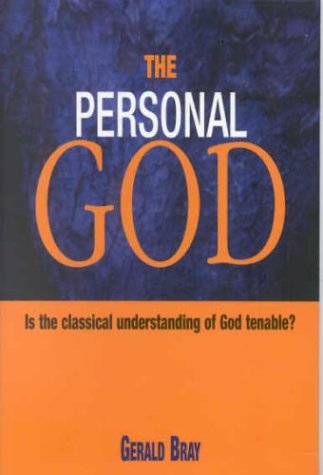 The Personal God: Is the classical understanding of God tenable?

Written against the background of the 1994 The Openness of God, Gerald Bray presents an account of the traditional view of God. Introducing the issues, Bray helpfully concedes that new environments deserve new statements of the core beliefs of Christianity. The issue, in Bray’s words, is ‘whether that new approach should involve a change of fundamental doctrine’ (8).

Bray’s answer is to begin with an exploration of the theme of covenant throughout the Bible, and how this covenant has always been founded on a relationship of grace, extended from God to humanity. Important to his case of outlining the biblical data is the point that being affects doing, so that ‘who God is determines what he does, and what he can do’. (27). This then is related to the way in which theology is and has been done, and how doctrine is extracted from the revelatory data. God is sovereign and in control, though not responsible for evil. In God there is no time, he is eternally present. God is immutable in himself, but can manifest himself and relate to us in various ways. God is loving towards his covenantal people, but love is not always what we like to think it is. God himself defines our language and talk about him, rather than the other way around.

In a final chapter, Bray explores the personal dimension of God, in reaction to the openness critique of a supposedly non-personal traditional God, under the title ‘I Am has sent me to you’. At the heart of Bray’s work are two points—that the openness position underestimates human sinfulness, and that openness theologians confuse their categories of thought. Thus ‘they supposed that God’s infinite flexibility in dealing with us must indicate that his being is somehow changeable. It did not seem to occur to them that it might be possible for the creator to relate to his creatures without changing, or that such a relationship is essential if we are ever going to trust God, or become the people that he wants us to be’ (74).

In evaluating this book, a final decision is hard to come to. In one sense, I have huge sympathy with Bray’s position. Given to someone relatively new to the issues, it presents an extremely helpful narrative introduction to a biblical picture of God, and responds along the way to the important issues. Bray puts his enormous knowledge of historical issues to good use, and acknowledges the force and attractiveness of the openness position without being seduced by it. On the other hand, the work does not offer a point to point refutation of an openness position. Those looking for such a work will have to seek elsewhere, and will be disappointed. In conclusion, recommended, depending on your starting point!