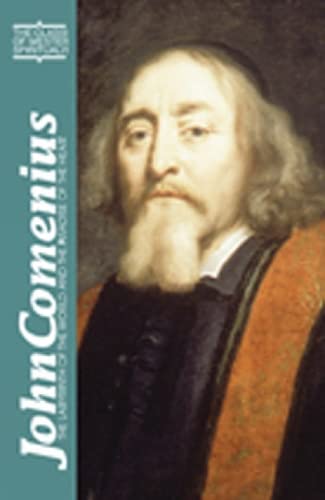 The Labyrinth of the World and the Paradise of the Heart. The Classics of Western Spirituality

Let me declare at the beginning the reasons for my interest in this book. The first is circumstantial: Recently I moved to Prague, Czech Republic, and as a result my interest in Czech theological thought, as well as other issues related to Christianity in this region, was rekindled. The second reason is interpersonal: I have known Andrea Sterk for several years and met Howard Louthan recently. Thus I am interested in their academic pursuits. The third reason comes from the subjective interest in the kind of allegorical literature which is difficult to characterise but includes, among others, works such as Erasmus of Rotterdam’s Praise to Follyand John Bunyan’s Pilgrim’s Progress. The Labyrinth can be said to stand in the same literary and religious lineage as these two works.

The Labyrinth of the World and the Paradise of the Heart by John Amos Comenius (Jan Amos Komensk”), a leading Czech educator and thinker of the seventeenth century and the last bishop of Unitas Fratrum, is published in the series ‘The Classics of Western Spirituality’. The edition comprises a useful Preface by Jan Milic Lochman, a lengthy Introduction by Howard Louthan and Andrea Sterk with notes and the new English translation of The Labyrinth with copious notes, followed by Selected Bibliography on Comenius.

Comenius divided his allegorical narrative in 54 chapters that depict the spiritual journey of a Pilgrim. On his strenuous and long journey through the world that has lost sight of its Creator, the Pilgrim is accompanied by two guides, Ubiquitous and Delusion, is forced to wear glasses that impair his vision, and a bridle which constraints his movement. He finds the world a senseless maze of professions and occupations behind whose facades he is able to penetrate and discern their corruption, vanity and purposelessness. In the end the Pilgrim finds peace through a conversion experience in an ongoing personal relationship with Christ the Lord.

The introduction is useful as it brings together much information about The Labyrinth. The first biographical section provides illustrations of parallels between events in Comenius’ life and episodes in The Labyrinth. In the second section the editors note how The Labyrinth echoes certain ideas of Comenius on pedagogy expressed in other works, his critique of the circumstances in contemporary educational institutions, and his views on the prevailing educational philosophy and methods. According to Comenius, ‘God has provided humanity with three tools to learn wisdom: the five senses to discover the secrets of the natural world; reason and intelligence to increase their knowledge; and faith, for it is only with this spiritual gift that God’s children may hear his voice through Scripture, meditation, or prayer’ (25). At the end of the section the editors note that this pansophic ideal, a principle by which all human knowledge could be united (18, 19) underlies The Labyrinth which, then, ‘is not simply an expression of narrow pietism, nor is it merely a utopian alternative composed in response to personal tragedy. On one level it is a pedagogical allegory, a creative examination of the educational process’ (26).

The third section which situates Comenius’ thought in contemporary theological context particularly informative. Comenius’ spirituality is demonstrated to show affinity to, draw from and contribute to several strands in the history of Christianity. A prominent literary device Comenius uses is negative allegory, the stripping away of any meaning (30 f.). He also utilizes a common classical and medieval motif of the ‘expelled Truth’ (33 ff.). In commenting on Comenius’ view of spirituality the editors make a few interesting observations. For instance, while the emphasis on truly changed life comes out of the Christology of Unitas Fratrum (38 f.), in describing the Pilgrim’s spiritual experience Comenius transcends their customary disinterest in introspection (36). Comenius also emphasises the importance of the renewed church (38 ff.). When in the end of the book the Pilgrim goes back to the world, this reflects Comenius’ conviction that the Christian church must be involved in the transformation of the society.

The translators have provided us with an easy-to-read English text of The Labyrinth. The placing of notes, textual as well as those dealing with subject matter, as endnotes increases this impression. This is in contrast with the authoritative Czech edition in Jan Amos Komensk”, Opera omnia (3). (Prague: Academia, 1978), which provides strictly textual notes at the foot of the page in addition to endnotes which are of a more general nature.

There are very few critical remarks about the edition. One may be that it would be useful to know in what respect this translation differs from the two earlier English translations mentioned only in the bibliography. Further, the text contains very few typographical errors (‘Jablonksy’ instead of ‘Jablonsky’ 17). However, it is slightly annoying that the short biographical section on Lochman mentions that Lochman wrote among other languages in ‘Czechoslovakian’ (x) instead ‘Czech’. This reference to the language which never existed anyway is culturally rather insensitive against the background of the current European political situation in general, and particular after the split of the former Czechoslovakia. The editors’ comparison between Comenius and Václav Havel (7–8) is an interesting exercise.