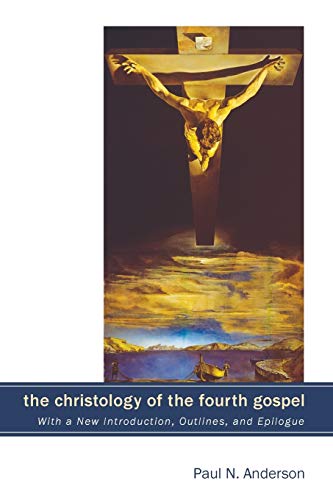 The Christology of the Fourth Gospel: its unity and disunity in the light of John 6. (Wissenschaftliche Untersuchungen Zum Neuen Testament 2 Reihe 78)

Paul Anderson’s The Christology of the Fourth Gospel has been so widely acclaimed by such noted scholars as R. Brown, D.M. Smith, R. Kysar, C.K. Barrett, and U. Mauser that the book hardly needs another positive review. And yet, after reading through this massive piece (22 tables, 8 appendices, 5 bibliographies, 3 indexes), my reaction to his central, overriding concerns is one of great appreciation.

Anderson’s purpose is to explore the unitive and disunitive christological tension within the Fourth Gospel. His thesis is that this is best explained by viewing the Fourth Evangelist as a dialectical theologian—one capable of looking first at one side of an issue and then the other, seemingly able to hold the inherent tensions together. In order to illustrate this Anderson appropriately selects John 6 (the place in the Fourth Gospel where a great number of literary, historical, and theological issues converge) as the window through which to view the larger Gospel.

The book as a whole is ordered into three major parts, each comprising a central piece of his argument. Part I is organized into three chapters. The first recounts ‘approaches’ to John’s christology (comprehensive overviews; text-centred; theological-christological; literary-christological; historical-christological) and notes the relative absence of any direct engagement with the unitive and disunitive christological tension. The second chapter treats the commentaries of Bultmann, Barrett, Brown, Schnackenburg and Lindars as they pertain to the relation between christological tension and theory of composition. Anderson persuasively concludes that while it is not necessarily causal, a definite relationship exists between one’s theory of how the Fourth Gospel came together and how one deals with the christological tension. This is most evident in John 6. The third chapter, then, contains a discussion of approaches to the christological unity and disunity of John 6. The general conclusion of these careful investigations is that the origin of the christological tension is multifaceted in the sense that one must deal in a mutually illuminating way with the situation in the Johannine community, those to whom the Gospel is addressed (at each point), the composition of the Gospel, and most provocatively, the internal dynamics of the evangelist’s thought. This last aspect is where Anderson’s analysis is most stimulating and methodologically fresh. He uses the cognitive and epistemological insights developed by theologians James Fowler and James Loder to help understand the christological tension as a unity and disunity held together dialectically.

Part II moves into John 6 itself and Anderson deals at almost every point with Bultmann’s contribution. This is as it should be, for critical investigation of this chapter has never fully left behind the brilliant foundations of Bultmann’s insights (whether appreciated or criticised). Chapters 4–6 deal with the philological, literary and theological style of John 6 and concludes that Bultmann has given us remarkably incisive starting points, but that his source-critical theory is unnecessary and fails to account for the dialectically worked out christological themes. Chapter 7 introduces in an extended way Fowler’s and Loder’s work and sets the ground for an investigation into the dialectical nature of the evangelist’s christology. Thus, Part II establishes the authorial unity of John 6 and the appropriateness of investigations that are directed toward the internal thinking of the evangelist.

Part III is a detailed exegesis and discussion of John 6. Verses 1–24 reflect the dialectical interchange between the evangelist and his tradition wherein the Johannine understanding of Jesus’ feeding and sea crossing (‘God’s saving revealing discourse with humanity’) is set over against their Mark an understanding (‘thaumaturgic demonstration’). Verses 25–66 reflect the dialectical interchange between the evangelist and his audience. Anderson thus analyses the way in which the elements of the narrative are structured and used so as to bring the reader/hearer to the conclusion that Jesus ‘is the fulfilment of Judaism’, but that to follow him is to go the way of the cross. Finally, verses 67–71 reflect the dialectic inherent in the evangelist’s engagement with the socio-religious historical context of Johannine Christianity (mainstream Christianity, docetists, followers of John the Baptist). In portraying Peter as returning the keys to Jesus, these verses function to correct the prevalent Petrine hierarchical understanding of christocracy (the way Christ continues to lead his people) with an insistence upon a familial model of church leadership. The book concludes with a very helpful summary of the implications of Anderson’s findings for the treatment of Johannine christology, and a much reiterated bold statement that the evangelist’s dialectical christology belies not a great distance from Jesus or an eye-witness tradition but more likely a radical proximity to it.

The strengths of this book are manifold. I will simply mention three. First, Anderson makes a remarkably synthetic effort. The interpretative enterprise is not lost beneath a quagmire of disjunctive details. Second, Anderson’s treatment of the ‘agency’ motif goes a long way in terms of helping one to make sense of the ‘exalted’ and ‘subordinated’ christology (and has great implications for the development of Christian monotheism). Third, Anderson clearly recognises that the gospel traditions were passed on by human beings (rather than being disjointed nebulously ideas), and that it is therefore appropriate to examine a text for evidence of a human mind. Hence, his cognitive analysis of John’s dialectical christology is novel and perceptive. In sum, Anderson’s book is a feast for all who are interested in the theology of John’s Gospel.