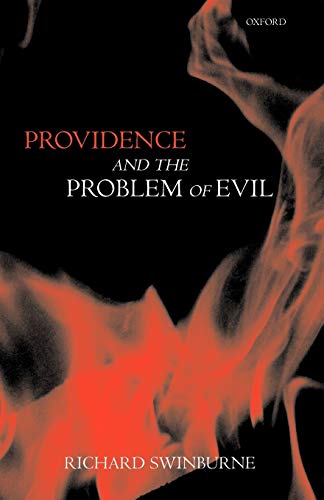 Providence and the Problem of Evil

This is the final volume in Swinburne’s tetralogy on the philosophy of Christian doctrine, tackling one of the most pressing problems for Christian belief. Some of the book develops material published in his The Existence Of God and subsequent articles, but it integrates this material with new analysis of specifically Christian themes, to produce a systematic, Christian theodicy, a plausible account of how God can justly allow evil.

Part I explores the problem. Being, perfectly good, God would want to prevent evil and, being all-powerful, I would be able to prevent evil. Why then is there evil?

Swinburne takes the usual line that it makes no sense to say that God can do logically inconsistent things. Roughly speaking, he argues God may justifiably accept evil if it is logically unpreventable given his pursuit of a greater good.

In response, atheists often point to many evils in the world that do not appear to be thus justified. Swinburne argues that an appeal to our ignorance of God’s ways is an inadequate response to their argument. We cannot assume that we are merely ignorant of greater goods justifying the evils. We might be ignorant of greater evils undermining apparent goods. We need some further argument, he thinks, to show that there are more likely to be hidden justifying goods than there are hidden evils. One such argument would be that God exists and therefore all evils must be justified. However, he does not discuss how strong reasons for belief in God need to be before one can conclude that all evils are justified, even when one cannot see their justification. He does suggest that significant progress in discovering justifications when initially there seemed none would give reason to believe that other hidden justifications exist. This leads to a brief survey of theodicy in Christian tradition, noting important themes and pointing out possible problems.

Part II looks at God’s goals in creation. This discussion is not always closely related to solving the problem of evil. However, Swinburne here argues for the value of being able to make a difference for good or evil, of being of use to others and of choosing God, values to which he appeals later.

One argument original to Swinburne is that a natural order that causes evils is the best way for God to give creatures the knowledge they need to be responsible. We get knowledge of the evils we must avoid or prevent by observing evil in nature. If God implanted this knowledge then creatures could not be responsible for obtaining it, and if he made it available in some miraculous way then God’s presence would be inescapable. We would then have no choice whether to seek God or to share our knowledge of him with others and given our desire for divine approval and our fear of punishment we would have no real choice between right and wrong unless we had overwhelming sinful desires. I suspect that this argument is too subtle and involved to convince sceptics, but it does offer a novel and constructive perspective.

Sin is necessary for Christ’s salvation, a good that helps explain why God gave us freedom. Swinburne argues that this good cannot outweigh the evil of sin or we should sin to bring about greater good. This argument assumes that the end justifies the means and seems inconsistent with his earlier claim that, though nothing justifies wrongdoing, a balance of good may result from it.

Swinburne argues that it is valuable to have a choice of destiny, a choice of whether to become someone who loves God and enjoys him forever. Suffering in this world, like warnings of suffering in the next, can cause dissatisfaction with worldly concerns and a turning to God, even by those with little love for him. Conversely, if God never respected our considered decision to reject him then we would have no ultimate choice of destiny. God, Swinburne argues, would be like a jilted lover stalking his beloved.

Part IV argues that God, like a parent, has some right to expect his creatures to suffer for the sake of greater good, so long as he gives them a good life overall. He suggests that responsibility and usefulness to others are more valuable than mere pleasure and freedom from pain. One might choose a world with significant responsibility like our own, despite its pains, just as one might choose the painful process of giving birth over the painless pleasure of taking heroin. Doubtless many will reject Swinburne’s judgements here, but the underlying problem may be that the relevant goods and evils cannot be compared objectively. Many goods and evils seem to have no common denominator. Comparing them with each other looks like comparing chalk and cheese. Although we have subjective preferences about how much evil we would accept for the sake of some good, it seems doubtful that there is any objective scale on which all goods and evils can be compared.

The book as a whole makes frequent use of the Bible. However, Swinburne’s theological sympathies lie more with Catholicism and Orthodoxy than with evangelicalism. The emphasis is more on human action than on God’s grace and forgiveness. Purgatory gets favourable mentions. Swinburne’s reliance on the value of freedom to do wrong is also questionable. If the possibility of choosing wrongly is so important then why is it denied to Father, Son and Spirit and to the blessed in heaven? Swinburne himself argues that such freedom is incompatible with God’s knowledge of future choices, let alone effective predestination, despite his admission that this renounces much Christian tradition. Nevertheless, although it will not convince everyone, the value of this book should not be underestimated. It provides a philosophically informed, comprehensive theodicy, sensitive to the concerns of Christian tradition, proving that the problem is not so intractable as it may first appear. This book should be required reading for all serious students of apologetics and philosophical theology.