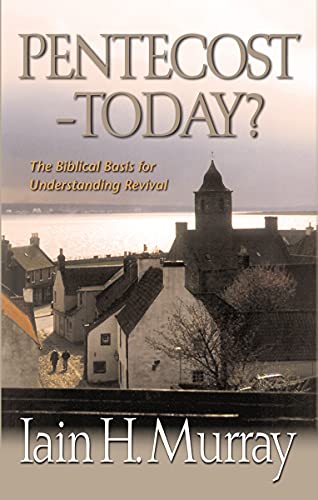 ‘I would advise you, my brother, not to talk too much about a “revival”. You will wear out the very word.’ With these words of Theodore Cuyler, Iain Murray begins this biblical and partly historical examination of the concept of revival. They are of course wise words, in a time when much popular literature and teaching has devoted itself to ‘revival’, either attacking the notion and the contemporary claims to its occurrence, or perhaps more forcefully defending the reality of revival in our day and age.

Murray provides a sensible and clear thinking approach to the issues. He presents an understanding of Pentecost that sees it as a decisive event for the establishment and history of the church, rather than an event to be repeated again and again. In this context, he wisely cautions against making a confusion between the Old and New Testaments, and operates with a carefully worked out concept of revivals as larger measures of the Spirit of God.

This is then followed with an exposition and criticism of the work and views of Charles Finney. perhaps the father of modern revivalism, and how the old school opposed such views (for the history of this readers are directed to Murray’s former work, Revival and Revivalism, where he details the differences between old school revival, and revivalism). The rest of the work proceeds methodically through the following issues: our responsibility and God’s sovereignty, the Holy Spirit and preaching, the interpretation of experience, the dangers of evangelical fanaticism, and six things revival will bring.

This is a work written for the readership of the church at large, rather than for the academy, and for this it is to be commended. This does mean that at times it will not interact with critical issues often faced by students (for example, the supposed conflicting accounts of the pouring out of the spirit on the church in John and Acts).

Unfortunately reviews can often be guilty of ‘judging a book by its cover’, or in this case, of judging a book by its publisher and its author. However, I must confess to being pleasantly surprised, and to having my prejudices challenged. Murray is keen to challenge traditional churches as ‘we can easily begin to forget how urgently we stand in need of the supernatural’ (26). On the next page, after having carefully delineated three different positions on revival, he is also ready to admit that ‘Christian opinion may be divided at times only by verbal differences.’ Much of contemporary revivalism is obviously in his sights as he writes, but Murray is careful not to offend or reproduce caricatures unnecessarily.

There are times when Murray’s portrayal of views other than his own may be a little unfair. For example, he quotes Dodd’s criticism of the role of altar calls in revivalism, whereby he accuses revivalists of thinking that some ‘wonder-working’ occurs as the person rises before the congregation. Although this may have historically been the case, it is not necessarily the thinking behind altar-calls today.

Nevertheless, this is a sane, biblical, and immensely practical book on revival, and on Christian experience in general. Recommended as an examination of the biblical and historical issues.