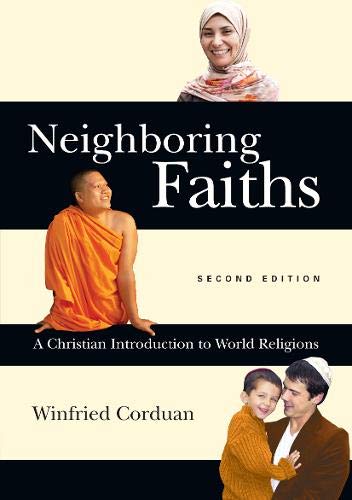 Written by Winfried Corduan Reviewed By Daniel B. Clendenin
Mission and Culture

For most Christians there are three big issues of apologetics that, historically, have caused consternation among believers: the problem of evil, the hegemony of science, and the multiplicity of truth claims by other religions (postmodernism might be a fourth, depending on who you read). Since about 70% of the world is not Christian, the issue of ‘neighbouring faiths’ is urgent indeed.

Corduan, professor of philosophy and religion at Taylor University in Indiana, approaches his subject from an ‘unabashedly evangelical orientation’. For him that means affirming that Christianity is based on a revelation from God, Nicene Christology, human sinfulness that necessitates redemption, and finally, that ‘Christians should relate to other religions on the basis of sacrificial love’ (16). For Corduan, interreligious dialogue is an opportunity for evangelism.

In an introductory chapter Corduan defines religion, then explains the origin of religion by rejecting the so-called subjective (religion as psychological projection) and evolutionary models in favour of defending ‘original monotheism’. Successive chapters then describe the beliefs and practices of Judaism, Islam, Zoroastrianism, African traditional religions, native American religion, Hinduism, Buddhism, three ‘offshoot religions’ (Jainism, Sikhism, and Baha’i), Chinese popular religions, and finally, Shinto. There is no chapter on Christianity. Each chapter ends with a section called ‘So You Meet a Jew or Muslim’, etc., a dozen or so bullet points identifying the material one should be able to master from reading the chapter, a dozen or so term paper ideas, and a ‘core bibliography’ of eight to ten books.

But what makes this book, as the title says, a uniquely ‘Christian’ introduction to the world religions? I am not sure. Presumably anyone, atheist or religious, could do an equally good job on the history and theology of the world religions. Corduan does try to show how a Christian might respond to each specific religious person, but his suggestions are very general and they almost always repeat some suggestion about ‘contextualising’ the gospel. Most disappointing of all, Corduan gives the presumably Christian reader no help at adjudicating other religious revelation claims. This is all the more egregious, it seems to me, since he admits that ‘many of these non-Christian folk appear to be happy with their religions and are not searching for a better way’ (14). Should the college sophomore view other revelation claims as gross impostors under the judgement of God (Barth). as beautiful approximations of the Truth that are a point of contact with Christianity, or as something in between? And how does one make such a determination? Corduan does not say. Granted, this is really not the purpose of this book, but can a Christian really give due consideration to other world religions without it being so?

So, read Corduan for a fine summary of what people of other religions believe and practise, but not for any help on how to counter the claims of a John Hick who believes that whatever path people choose is God’s, or a Barth who believes that they are irredeemably under the judgement of God.