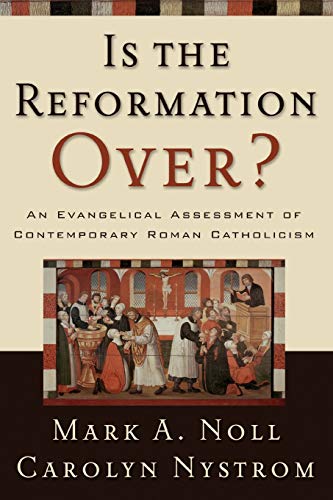 Is The Reformation Over? An Evangelical Assessment Of Contemporary Roman Catholicism

Roman Catholicism is a pressing issue on the agenda of contemporary evangelical theology. A lot of things are happening in the relationship between evangelicals and Catholics worldwide and many observers are perplexed and feel the need to reflect theologically on the changing scene. This book comes mainly from a North-American context and traces the stunning developments that have taken place from the widespread anti-Catholic attitude of many evangelicals until the sixties and the growing convergence reflected in many bilateral dialogues between the Roman Church and different Protestant bodies from the late sixties onward. The North-American Evangelicals and Catholics Together initiative is just one of the instances of this historical shift. In light of the current situation, the authors ask themselves whether the Reformation is over and whether the Reformation is over and whether a new season of ecumenical rapprochement can be envisioned.

The strength of the book lies in the informative sketch it portrays. As for its theological significance, I have two main reservations. First, while it surveys many similar initiatives, it does not discuss the only ongoing official dialogue between the Vatican and a self-defined evangelical body like the World Evangelical Alliance (previously World Evangelical Fellowship). This dialogue was prepared in 1988 and started in 1993, the proceedings of its first meetings have all been published and one wonders how a historian of the caliber of Mark Noll has overlooked it. Therefore, the picture offered in the book is not comprehensive enough because, while it suggests an ‘Evangelical assessment of contemporary Roman Catholicism’, it does not deal with a significant source of evangelical theological engagement with Rome.

The second reservation has more to do with the theological analysis exemplified in the book. The authors recognize that they have produced ‘an impressionistic and rhetorical assessment’ (229) waiting for an in-depth research. Their approach, however, reflects some weaknesses that can be found elsewhere in evangelical writings on Roman Catholicism. In a useful chapter that highlights the contents of the 1994 Catechism of the Catholic Church, the authors argue that ‘evangelicals can embrace at least two-thirds’ of it (119), that is what stems from ‘common orthodoxy, based on the ancient trinitarian and Christological creeds. Later, they admit that when the Catechism speaks of Christ, it interweaves him to the church to the point of making them one (147; 149), which is unacceptable for evangelicals who consider the exaltation of a created reality an instance of idolatry. So, on the one hand, there is an apparent ‘common orthodoxy’; on the other, there is a profound difference on the meaning of its basic words (e.g. Christ, the church, etc.). The question to raise is, how it can be said that evangelicals can accept ‘two-thirds’ of the Catechism if this document speaks of the (Roman Catholic) church whenever it speaks of Christ, the Spirit and, by extension, the Trinity? Are we sure that the real difference between evangelicals and catholics lies in ecclesiology given that the Roman Catholic view of the church is argued for in Christological and pneumatological terms? In dealing with Roman Catholicism, especially in times of mounting ecumenical pressure, evangelical theology should attempt to go beyond the surface of theological statements and attempt to get on the internal framework of reference of Roman Catholic theology. From there we should try to assess it from an evangelical perspective. While the book has many merits in laying out the overall picture, it does not fully help evangelicals to think about Roman theology as a complex, yet coherent system.

Contrary to the ambiguous answer given by Noll and Nystrom, the Reformation is as urgent as ever, for both catholics and evangelicals.