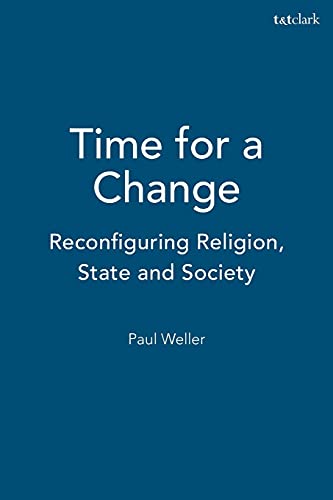 Time For A Change: Reconfiguring Religion, State And Society

Campaigns for the disestablishment of the Church of England fail to generate a flicker of excitement nowadays. Occasionally politicians like Tony Benn or theologians like Colin Buchanan and Theo Hobson come forward in an attempt to stimulate debate and provoke change, but they are usually met by dull apathy. Neither Parliament nor the church has the heart to tackle the question, and if establishment was unraveled who knows what would replace it? The consequences for our national life are unpredictable and not obviously advantageous. So the most common response is, ‘if it ain’t broke, don’t fix it’.

A century ago, of course, the reaction was more animated. From the Georgian era until after the First World War, heated arguments about the values and injustices of establishment dominated the nation’s attention. Many challenged Anglicanism’s privileged status and marched in protest. First the Church of Ireland was disestablished in 1869, after pressure from Roman Catholics. In 1920 disestablishment reached Wales, after pressure from Nonconformists. There the campaign stalled. Subsequent debate has been mostly a quiet internal Anglican affair, with silence since the Chadwick Commission report, Church and State, more than thirty-five years ago. As Archbishop of Wales, Rowan Williams made friendly noises towards the disestablishment cause, but since being translated to Canterbury in 2003 he has toed the line of his predecessors.

Paul Weller attempts to inject some fresh energy into the debate, though this dense small-print academic monograph may not be the best strategy for raising our excitement levels. His main argument is that now is a ‘time for change’ when we need to grasp the nettle and renegotiate the relationships. Massive social, political and religious developments over the last generation make disestablishment now both more thinkable and more possible. Weller has been writing on these themes for a quarter of a century and brings all his experience to bear. He admits that the book is part of his own personal and professional journey, in which inter-faith dialogue and issues of racial justice play a prominent part. He is a Baptist Christian by theological training, and currently serves as a deacon in a local Baptist congregation. His passion for justice, his sympathy for non-Christian faiths, and his Baptist background, with its ‘theologically rooted commitment to religious liberty’ (39), are all an evident part of the book’s tapestry.

Weller appeals for a theory of establishment grounded in reality, rooted in an empirically based understanding of our present socio-religious context in England. We no longer live in the sixteenth century! Drawing heavily on the 2001 census and recent church survey statistics, he demonstrates that Anglicans form a tiny minority in the present religious landscape, where secularism and pluralism are now dominant features. Therefore the establishment of the Church of England (C of E), he argues, is fundamentally unjust and breeds discrimination. Anglican privilege is enshrined in ‘collective worship’ in our schools and the existence of ‘faith schools’ (like the local C of E village primary) where Anglicans have the major stake. There are Anglican chaplains in prisons, the health service, the armed forces, colleges and Universities. Anglican bishops sit as ‘lords spiritual’ in the House of Lords, influencing national policy. The blasphemy laws are biased towards Christianity. These are ‘endemic and structurally embedded forms of discrimination’, protests Weller, reinforced by the establishment of the Church of England. Pulling no punches, he labels it as nothing less than ‘institutional religionism’ (147).

This is a weighty and patiently-researched thesis, which will be well-received by the Inter Faith Network. However, for the Christian reader (Anglican or not) it raises a persistent and niggling question, which Weller refuses to explore. Is there, or should there be, a distinctively Christian approach to the relationship between religion, state and society? Why should those who favour the gospel not welcome institutions that favour the gospel? How would this book have been different if written by a Muslim or a Sikh or a Baha’i?

Andrew Atherstone is tutor in history and doctrine, and Latimer research fellow, at Wycliffe Hall, Oxford.