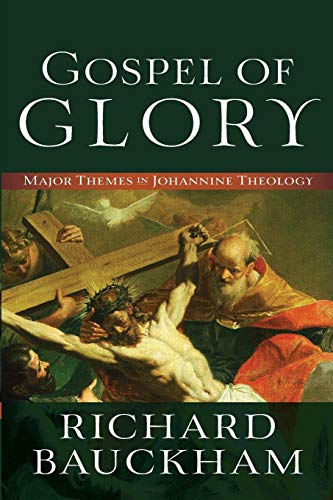 For readers who anticipate the full course meal of his forthcoming commentary on the Gospel of John (NIGTC), with this book Bauckham, senior scholar at Ridley Hall (Cambridge), presents a platter of weighty hors d’oeuvres, each one a meal in itself. The volume consists of an array of eight themes, most having been presented as conference lectures and two having been previously published. Though the chapters are self-contained essays that can be read out of sequence, some are best read in order, which the author occasionally implies with comments that anticipate subsequent chapters, especially noted in the first two chapters.

The first chapter engages the idea of “individualism” by which Bauckham does not have in view Western individualism. Rather, he distinguishes his use of the term as more closely associated with “individuation or individuality.” His concern is to counter the spell that “the imaginary Johannine community has cast … over Johannine scholarship” (p. 2). Thus, he highlights the Gospel’s feature concerning the significance of the individual’s relationship to God through Jesus. He makes his point convincingly with tabulation of sixty-seven aphoristic sayings that are unrelenting in not allowing readers or hearers “to forget that response to Jesus has to be individual to be real” (p. 7).

In John’s Gospel Jesus calls for conversion that entails “an intimate and abiding relationship between the individual and Jesus” (pp. 9–10; cf. 18). Bauckham warns against scholarly temptations for either “theological or sociological reasons, to flatten the contours of the canon to the detriment of this specially Johannine emphasis” (p. 19) upon individual response to Jesus. These insights are welcome contributions to Johannine scholarship, for they reinforce observations and beliefs held by many Christians who claim no academic credentials. The author challenges scholars who assume that John’s Gospel contains the message of a theoretical Johannine community to engage the Gospel’s text and recognize its invitation to readers to discover the Jesus others have come to believe individually.

This divine to human relationship derives from the Father’s love for the Son. Thus, the theme of chapter 2, “Divine and Human Community” naturally follows. Here, Bauckham features the meaning of “one” in John’s Gospel, emphasizing the unity of God’s people that comes about in Jesus who is in the Father. So, the oneness of God’s people is analogous to the oneness of the Son and the Father, an analogy that is repeatedly suggested by several expressions in the Gospel (e.g., καθώς, 6:57; 10:14–15; 13:34; 20:21). From here he engages the social Trinity concept of recent theologians which he believes is in agreement with John’s binitarian thought. His discussion features Moltmann’s thought while he finds John’s “in-one-another” expression of the Father-Son relationship a corrective to Volf’s too restrictive concept of the imagery.

Chapters 3 and 4 alone render the book worth purchasing. “Glory” is the theme of chapter 3 where Bauckham demonstrates that John’s use of δόξα bears the Hebrew senses of “honor, reputation,” and “visible splendor,” and sometimes “slipping back and forth from one meaning to the other” (p. 44). Similarly, δοξάζω signifies “to glorify” but can mean “to endow with visible splendor.” Throughout Israel’s history God reveals himself “only in hiddenness” (p. 46). So, when the audible Word became visible flesh, God’s glory hidden in the cloud remains hidden but veiled in human flesh, a kind of veil that allows for revelation to take on a visible form. In John’s Gospel glory “helps to explicate the relationship between the Sinai covenant … and the incarnation and cross of Jesus” (p. 43). In the cross a “paradox—honor in humiliation, visible splendor in disfigurement and death—exists to make us reckon with a love that is sufficient to resolve the paradox” (p. 61). It is Jesus’s resurrection that distinguishes his crucifixion from all others and constitutes it as his glory. Here, Bauckham makes a claim to which I will return: he identifies Jesus’s resurrection as “the seventh of the Gospel’s seven signs” (p. 60), and as with all the signs, “it signals revelation of God’s glory,” but specifically “that revelation to which all the other signs have only pointed” (p. 60).

Concerning John 1:14—“the Word became flesh and dwelt among us, and we have seen his glory” —Bauckham rightly contends, against others that the “we” are not Christian believers in general but are eyewitnesses who saw Jesus in his flesh. Here he echoes his programmatic thesis in Jesus and the Eyewitnesses. Jesus’s disciples bear witness concerning the revelation of God’s glory through Jesus in the flesh by way of “exquisitely told narratives” within the Fourth Gospel (p. 68).

In chapter 4 the author offers a fresh approach to John’s interpretation of Jesus’s “death-and-resurrection/exaltation” by tracing his use of four theologically laden words: love, life, glory, and truth. Here, the Lazarus episode figures prominently. Jesus restores Lazarus “with mortal life as a sign of the eternal life that his own death will acquire for his friends” (p. 67). Bauckham insightfully points to Isaiah 25 as a link between the wedding banquet and restoration of life to Lazarus but “even more importantly, the seventh, climactic sign, which is Jesus’ own resurrection” (p. 72).

Concerning the third term, “glory,” the author provides a helpful summary of his previous chapter. Of the four words, “truth” is the most difficult “to define in John’s usage” (p. 74). In John’s Gospel the adjective “true” can mean “true as opposed to false,” but often it bears the sense of “real” in contrast to “provisional,” for Jesus is the real light, the real bread from heaven, and the real vine. So, a significant way in which John uses “truth” with reference to Jesus’s “death-and-resurrection/exaltation” is the many ways his death fulfills Scripture. For example, Jesus is “the true Passover Lamb, slain to effect the new exodus from the empire of sin (1:29; 19:33, 36). He is the true temple of the messianic age from which the water of life flows (7:38; 19:34; 21:11; cf. Ezek 47:1–12)” (p. 74). Jesus’s fulfilling of Scripture “enacts God’s faithfulness” (p. 74).

Bauckham discovers no explicit reference to either the Lord’s Table or Christian baptism in John’s Gospel. Yet, as he argues in chapter 5, it is hardly improper to draw upon this Gospel to fill out “sacramental liturgies and spirituality with words and images” since Christian “sacraments represent those central realities of salvation in Christ to which this Gospel gives memorable expression” (p. 107).

In chapter 6 Bauckham respectfully engages Bultmann’s concept of John’s dualism but eventually rejects his analysis of the binaries of light/darkness, earthly/heavenly, blindness/sightedness, children of the devil/children of God, etc. (see pp. 121–24 for tabulation of John’s dualities). The arrival of the Son in the flesh set the dualistic categories of the Gospel into motion. “Light dispels darkness, requiring decision, while the world that rejects Jesus is conjured and saved by him through its very rejection of him” (p. 129).

Chapter 7 features correlations between the first week portrayed in the Gospel and the last week, the Passion. Bauckham lays this out in a helpful chart (pp. 134–35). With the same measure of careful reading that he gives to the other themes, he offers insightful commentary concerning how John crafts the beginning of his Gospel so that it “contains, in anticipation, its end” (p. 184).

In his final chapter the author underscores how the Synoptic Gospels and John’s Gospel complement one another rather than stand in contradiction. I would prefer more carefully formulated wording than “symbolic” versus “literal,” which Bauckham accepts from Luke Timothy Johnson, when countering his claim that unlike the Synoptic Gospels, John’s Jesus “appears as more a symbolic than a literal figure” because he carries John’s “narrative burden of revealing God in the world” (p. 200). Johnson seems to confuse literal with real and symbolic with unreal, a significant category error. Had Bauckham corrected Johnson’s misused terms, he would have clarified the root of the error. Indeed, because Jesus is the audible Word made visible in flesh he is divine anthropomorphism incarnate. But this hardly legitimates Johnson’s assessment, which Bauckham properly rejects by saying, “The ‘metahistorical’ aspect of John’s story—Jesus comes from God and returns to God—does not deprive the historical of its reality, but interprets its meaning” (p. 200).

Two issues are worthy of brief counter-response. I quickly pass over the first because others have already addressed Bauckham’s rejection of the apostle John as the Fourth Gospel’s author. In my estimation, the arguments presented in this book would be enhanced were he to accept John’s authorship. Even so, readers will benefit greatly because the authorship issue is unobtrusive.

The second issue warrants more attention. Twice, earlier, I have mentioned that Bauckham regards Jesus’s resurrection as the seventh of seven signs in John’s Gospel. He claims that John 2:18–19 specifically identifies the resurrection as a sign. Three factors count against his argument. First, Jesus’s signs, whether miraculous or not, point away from themselves to the greater reality they symbolically represent, namely his “death-and-resurrection/exaltation” (to use Bauckham’s expression). Second, it seems apparent that Bauckham misconstrues the use of “sign” in John 2:18–19. After Jesus clears the temple of merchants, the Jewish leaders inquire of him, “What sign do you show us for doing these things?” If they had eyes to see, they would have recognized the clearing of the temple as a sign. Thus, Jesus’s reply itself—“Destroy this temple and in three days I will raise it up”—completes the sign with authorization for his actions in the temple. That Jesus offers a riddle rather than perform another act, such as a miracle, does not mean that he denies the authorities the sign they demand. His riddle functions as an integrated feature of his dramatized sign, simultaneously revealing and concealing reference to his body as the temple that will be sacrificed and three days later raised from the dead. Third, Bauckham’s own discussion concerning the meaning of “true” as “real” in contrast to “provisional”—in the sense that Jesus is the real light, the real bread from heaven, and the real vine—may support my point. Jesus’s exaltation by way of the cross is the reality pointed to by all of his signs, dramatized or spoken (whether miraculous or not), which are provisional. Thus, Jesus’s resurrection is not the seventh and climactic sign, as Bauckham suggests. Rather, it is the ultimate revelatory act to which all of Jesus’s signs point. The final and climactic sign in the series of signs John’s Gospel features is the raising of Lazarus. But these quibbles are small and take nothing from the cache of riches that awaits students, preachers, and scholars who will read Gospel of Glory.