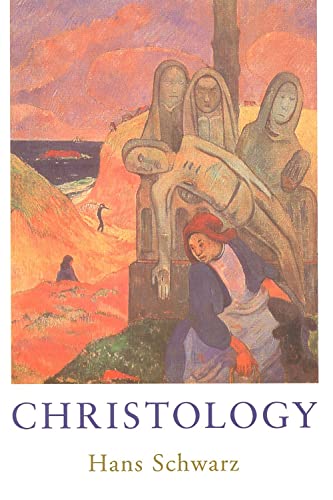 This study of Christology is a survey of the subject written from a generally conservative point of view and aimed at theological students and others with a more than elementary knowledge of the subject. It is well written and achieves an admirable balance between statements of general principle and detailed arguments, giving the reader just enough of both so that the overall picture is kept in view even as particular points are illustrated and defended.

The book is divided into three parts, each of which is further subdivided into chapters. The first part gives us an overview of the history of Christological reflection since the time of Reimarus. Here the author tells us what the particular approach and emphases of the major contributors to the different debates have been. Not surprisingly, he brings out the particular significance of Albert Schweitzer and Rudolf Bultmann, but he places them in their wider context and shows how their ideas have both influenced the ongoing scholarly debate and been modified by it in the process. Of particular interest is the chapter that deals with the Jesus Seminar, in which Professor Schwarz shows clearly how much it reflects its origins in secular American universities, and how little it actually contributes to our understanding of Jesus.

The second part of the book is a detailed examination of the Biblical evidence for our faith in Christ. The author makes it very clear just how important the Biblical foundation is for subsequent theological constructions, and does his best to demonstrate how strong (and occasionally how weak) the Biblical evidence is for the different aspects of traditional systematic Christology. Of particular interest is his examination of the historicity of the birth narratives of Jesus, where he points out that we cannot exclude the possibility that the visit of the wise men, for example, has a historical basis. What emerges very clearly from this discussion is that we are left with a stark alternative. We have either to accept the basic reliability of the Gospel accounts, or we have to picture a Jesus who was illegitimate by birth and who later preached as only a madman could or would. Schwarz makes it plain that although the evidence of the NT does not conclusively ‘prove’ that the church’s traditional interpretation of the historical Jesus is the right one, it does lead us to the point where we have to admit that any alternative is worse. That is probably as far as historical research can or ought to go. and Schwarz has done us a great service in taking us to that point.

The last chapter of the second part of the book takes us through the history of the church, showing how the patristic synthesis represented by the creeds and councils of antiquity developed. It then takes us through the medieval debates about atonement to the Reformation, and the different positions adopted by Luther and Calvin. From there we move on to the Enlightenment and subsequent developments, though here there is greater emphasis placed on systematic thinkers like Hegel and Karl Barth and less on speculative biographers of Jesus like Renan and Strauss, who are dealt with in the first part of the book.

The third part attempts a synthesis of historical and theological considerations which might form a plausible basis for the church’s faith today. Schwarz discusses all the major issues that have surfaced in recent years, including such matters as the Jewishness of Jesus and the possibility of a feminine ‘Christa’. In every case he is fair to the exponents of such ideas, often quoting them directly, even though he does not accept their conclusions. On the question of whether Christ is the unique saviour of mankind his presentation is somewhat less satisfactory, perhaps because he himself seems to be inclined towards a form of universalism. It is in this context that he mentions Evangelicals, but it is clear from the very brief consideration which he gives them that he has not explored evangelical theology in any depth. This superficiality stands in sharp contrast with the remarkably wide coverage which he gives to other movements, for example feminism, and it must be regarded as an unfortunate weakness in what is generally an excellent and very fair survey.

Occasionally there are points which he could have used to defend a conservative position but which for some reason are ignored. The most obvious of these occurs on page 239, where he states that Matthew 1:23 alters Isaiah 7:14, so that Isaiah’s ‘young woman’ becomes a virgin. Actually this ‘alteration’, if that is the correct term for it, appears in the Septuagint, which Matthew was quoting. One may still dispute the translation, but it is hardly correct to say, as Schwarz does, that Christians were responsible for it.

A particularly valuable feature of this book is the way in which it constantly relates the theological constructions of the medieval and Reformation eras to the Biblical evidence on which they are based. This does not put an end to all controversy, of course, but it does show that the classical doctors of the church were much more deeply rooted in Scripture than they are often given credit for. Indeed, their theology is Biblical in a way which is seldom the case with modern systematic theologians, a point which also emerges as the author develops his arguments.

Finally, it can be said that Schwarz is equally at home in the German and in the Anglo-American theological worlds. He wrote the book in English for the second of these markets, which may explain why Anglo-American scholars have been given a prominence which is unusual in German works, but his knowledge of the field is good and his assessments are accurate, apart from his failure to do justice to Evangelicals. From what he does say about them, it seems that this weakness is more a matter of ignorance than of hostility, and it can only be hoped that in a second edition more space will be given to them, since it can be argued that they are far more significant than the feminists or universalists of the John Hick type, who are so generously treated here.

In sum, this book can be highly recommended as a lucid and fair presentation of its subject, which generally speaking offers a reasoned defence of orthodox Christology. It will be a valuable addition to any student’s library, and an excellent introduction to the main points of debate in this ever-contentious field of theological inquiry.