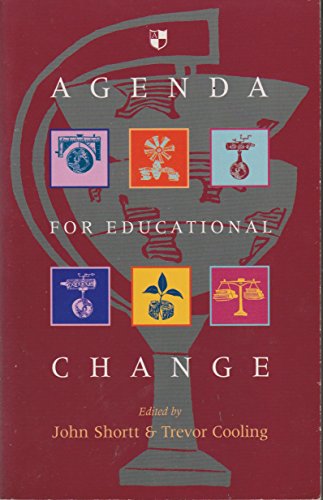 Just as knowledge isn’t what it used to be, so the contributors to the first five sections of this book argue that education should be different too. Twelve evangelical scholars from Australia, Canada, the USA and the UK combine to advance the cause of the transformation of education.

So what is on the agenda for educational change?

Firstly, the recognition that knowledge and faith which once were kept in separate compartments are now seen to belong together. All knowledge involves faith. Consequently the curriculum itself conveys some faith stance(s), and so the key question is: whose view, or faith, shapes it?

Secondly, how can Christians influence public policy in a society of ‘directional plurality’? Should Christians argue for Christian schools or common schools? There are some tensions between the contributors on this question for some arguments tend to the case for Christian schools, but Cooling mounts a robust defence of the common schools recognizing the limits within which Christians who teach in these schools work. Common schools cannot be responsible for nurturing children in their primary culture but provide opportunities for encounter with different views. This helps children clarify their understanding of their own culture. Deakin concludes this section with a theological rationale for structural pluralism. For some reason she discusses the rights and responsibilities of parents, children and the government, but not the teachers.

The third subject on the agenda is a Christian understanding of the person. Some of the consequences of adopting a Christian vision are spelled out. This view is said to be far from the actual experience of young people and suggestions are made which could transform this situation. One aspect of this is the use of assessment which Hill subjects to a searching evaluation. He concludes that the present system denies many children ‘the right to equality of educational opportunity and maximisation of their personal abilities’.

On the curriculum itself Wilkins argues that a Christian view of life provides a more stable base from which to establish the basics than the public consensus of a particular time. Thiessen then argues for a Christian curriculum which provides a guide to the transformation of the common curriculum with which it overlaps on the grounds of common grace. Both Thiessen and Smith in his earlier article are sensitive to the complexities of modern hermeneutics and the consequent difficulties of working out a Christian vision from scripture. They both employ Wright’s analogy of an incomplete Shakespearean play in which the fifth act is being played out now in the light of the first four acts and what is known of the author. This gives a dynamic but not totally satisfactory connotation to the authority of scripture.

Hill returns with a second essay to critique the idea that education is reduced to schooling and Barns explores the implications of new media technologies to shape us as people and communities.

The sixth section of the book contains four reflections, from another evangelical, another Christian tradition, a non-religious perspective and a non-Christian (i.e. Muslim) perspective. These express appreciation and some surprise at what counts as an evangelical view. The Muslim, not surprisingly, outlines an Islamic approach. Finally in a very significant postscript Shortt comments on worldviews, presuppositions and critical realism in a pluralist world.

This is a significant volume of essays in a carefully planned survey of education at a critical time for education, and not only for the UK. The teaching skills of the editors are admirably deployed in the commentaries introducing each section. Anyone interested in the cultural shift from modernism to postmodernism will find that transition illustrated and subjected to Christian critique on one significant aspect of our national life.