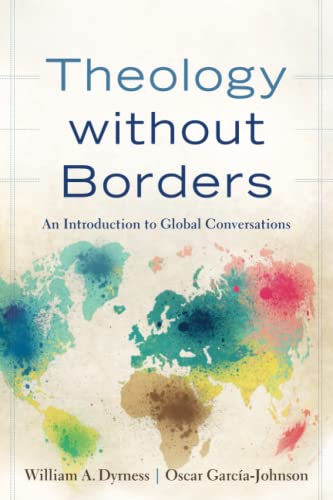 Theology without Borders: An Introduction to Global Conversations

This book is a wonderful addition to the growing library of books on the topic of World Christianity. Where it distinguishes itself from the rest of the literature in the field is in its attempts to not be reductionistic. Navigating between the two extremes of a close-minded “The West is best and normative” mentality and a triumphalistic “Christianity in the Majority World is thriving while Christianity in the West is dead” approach, Dyrness and García-Johnson issue a call for cooperation. They take a more nuanced look at how growth has transpired, directional patterns that have caused it, and what practical implications this has on the world church today. The biggest problems, as they see it, are that despite the shift in the center of gravity of Christianity to the non-Western world, the West still dominates world theology, and additionally Majority World theologians are not in conversation with one another.

The authors provide two voices, one from the Global North (though informed by time living in the non-Western world) and one a self-described “hybrid-mestizo-borderline person” originally from the Global South, embodying the call to “mutual interrogation” as described in their book. They attest that overly simplistic caricatures do not work in the world church, and often there are realities that defy categorization. With penetrating incisiveness, the authors remove the blinders and call for equal voices at the table, for a new way of theologizing that represents polycentricity instead of a univocal approach. They are calling for a move away from occidentalism toward a “transoccidentality” that eschews dependence on the West and empowers the non-Western people to not only be able to think for themselves, but to have the confidence and self-worth to do so, all the while recognizing that the influence of the West is inescapable.

Using personal stories and historical examples from various continents, both Dyrness and García-Johnson employ sharp scholarship as well as exemplify the humility they prescribe. They attempt to remove misunderstandings in order to diminish fear, reveal our own limitations as creatures constrained by culture and sin, and highlight theological contributions from the non-Western world that are outside the perspectives of the Western church. They practice what they preach in putting Western theologians like Karl Barth, Jürgen Moltmann, and Richard Bauckham, in conversation with African, Latin American, and Asian theologians like John Mbiti, Elsa Tamez, and Kazoh Kitamori, ultimately attempting to construct a global theology.

This volume is so welcome because it goes beyond the three-selfs of the church (self-supporting, self-governing, self-propagating) to the fourth self: self-theologizing. Until Majority World Christians do this as a regular course of action, the minority in this world (the West) will continue to dominate the theological discourse and control the discussion and topics. The tension between the universality of theology and its inherently contextual nature has been a conundrum which has continually vexed theologians. What is important is to note that all theology is contextual, even Western theology, but in the midst of that there is a perennial nature about all of it as well. It is in the deconstructing of stereotypes that global Christianity can grow and benefit, so that each side can be seen truly for what they are. Western theology must be stripped of its imperialism and its self-pretensions of importance by revealing its propensity to pigeonhole all other theologies as relativistic, while Majority World theology must be given a place at the table without dismissing the contributions of the other lest it become reverse-paternalism. As we move toward a future global—or glocal—church, we would all be better off for taking seriously the recommendations and admonishments present in this volume. This is a good start to thinking of how we can continue to work and think together as the body of Christ, taking seriously the apostle Paul’s charge in 1 Corinthians 12:24–26: “But God has put the body together, giving greater honor to the parts that lacked it, so that there should be no division in the body, but that its parts should have equal concern for each other. If one part suffers, every part suffers with it; if one part is honored, every part rejoices with it.”