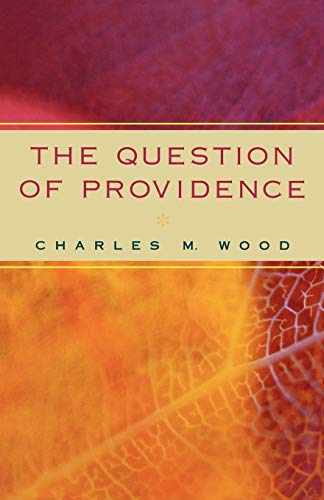 The Question of Providence

In the first chapter, Wood examines the nature of doctrine as teaching, belief, and confession. What is common to all three aspects is that they emphasize the instrumental and practical character of doctrine. In this light, he questions if the received doctrine of providence supplies what is necessary to enable faithful Christian understanding of the world as well as enactment therein.

Chapter 2 is a detailed exposition of William Sherlock’s A Discourse Concerning the Divine Providence, a work that Wood identifies as the last articulate representative of the traditional doctrine written in English. Attention is given to Sherlock’s development of the three main aspects of providence: preservation, concurrence, and governance. According to Sherlock (and much of the tradition), the aim of this doctrine is to provide Christians with encouragement and comfort, while admonishing them to live circumspectly. Wood is not convinced that Sherlock’s exposition can indeed accomplish these for most Christians.

The standard understanding of providence since Augustine, so Wood argues in chapter 3, has tended to be overly optimistic, seeing everything that comes to pass as the way it should be—as God’s will. Regardless of its prominence in the history of doctrine, it has never received universal approval, especially by those who reckon that it does violence to the gospel. Wood, alternatively, proposes a reorientation of the doctrine in light of the Christian revelation of the Trinity. He argues that the Church Fathers worked hard to develop a trinitarian “grammar” to speak about the nature of God and his works ad extra, but did not simultaneously conceive of providence in that light. Providence had little to do with the God revealed in Jesus Christ and more to do with the Supreme Being of philosophical realism. Instead, a Christian understanding of God’s relation to the world must take seriously the trinitarian grammar of the fifth ecumenical council, namely, that all things are from the Father, through the Son, and in the Holy Spirit. If God relates to all things triunely—particularly with this “prepositional logic”—there are at least two implications: (1) God’s relation to the world is complex and (2) there is a unity to all of God’s works; creation and providence are essentially one act of God.

Chapter 4 explores the relation between the threefold division of providence (preservation, concurrence, and governance) and this trinitarian grammar. Wood’s major constructive move is to claim that preservation is from the Father, governance through the Son, and concurrence in the Spirit, thus arguing that the one triadic act of providence is accomplished by the one triune God. Linking preservation to the Father affirms the trinitarian insight that the Father is the source of creation and, therefore, providence. Joining concurrence to the Holy Spirit reminds us of his enablement of all genuine creaturely action, such that everything good is accomplished in the Spirit. Finally, attributing governance to the Son qualifies our notions of how God orders the world to accomplish his ends. He does not simply overpower the created order, but suffers with it and achieves his ends through weakness. The final chapter analyzes one recent constructive reformulation of the doctrine of providence.

One illuminating feature of the fourth chapter not mentioned above was Wood’s exploration of different ways to construe divine and human action. He challenges limited notions of action by positing at least two additional ways to understand “doing.” First, agents can “do” things without “acting” in the strict sense. For example, neglecting, waiting, allowing, hearing, and failing are ways of acting without being “active” per se. The second he calls “non-agential” actions, which include the influence of presence, the weight of reputation, and the effects of prior deeds. These “actions” may be described in personal or agential terms, but are neither ascribed to a personal agent nor does one hold an agent morally responsible for them. Actions conceived in these ways open up possibilities for the way we understand divine action and, specifically, divine providence. Wood, unfortunately, does not develop this potentially very fruitful and provocative aspect of his proposal.

It is difficult to argue with calls to think “trinitarianly” about doctrine. However, as with many such appeals, one is left wondering if the proposed solution actually moves us beyond the perceived problems. Apart from ascribing particular aspects of providence to the persons of the Trinity, and offering a “grammar” of sorts, it is not abundantly clear how thinking trinitarianly specifically overcomes any of the existential difficulties (which, incidentally, were assumed and not spelled out) inherent in the received doctrine. Moreover, one wonders if it might be more faithful to the tradition to assert that all three aspects of providence are carried out by all three persons, so that preservation, concurrence, and governance are from the Father, through the Son, and in the Spirit.

In the end, Wood’s volume is to be commended for helpfully providing a starting point for reformulating the doctrine of providence in light of fuller notions of divine action and the reality of the Trinity.

Uche Anizor is assistant professor of biblical and theological studies at Talbot School of Theology in La Mirada, California.