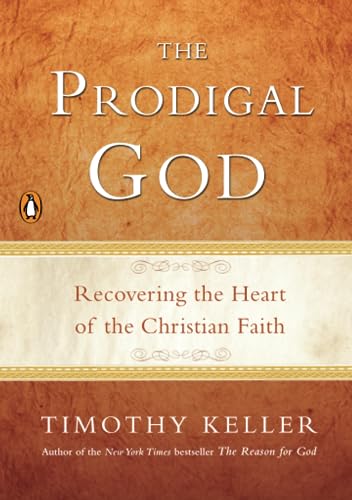 The Prodigal God: Recovering the Heart of the Christian Faith

Dutton published this book later in the same year that Tim Keller’s The Reason for God: Belief in an Age of Skepticism (New York: Dutton, 2008) was a New York Times bestseller. This little book—about one-third the size of The Reason for God—analyzes Jesus’ best-known and most-loved parable. Most people call the story “the parable of the prodigal son,” but Keller argues that a more accurate title is “the parable of the two lost sons.” The book’s provocative title underscores God’s reckless extravagance.

Most people focus on the wayward, disobedient younger brother in the story, but Jesus was emphasizing the self-righteous, obedient older brother. The two brothers “portray the two basic ways people try to find happiness and fulfillment,” “personal significance and worth.” The younger brother represents “self-discovery” and the older brother “moral conformity” (p. 29). Both the younger and elder brothers rebelled, “but one did so by being very bad and the other by being extremely good” (p. 36). Elder-brother types are religious people who attempt to follow very strict moral rules, but their motivation is sinful because “their goal is to get leverage over God, to control him, to put him in a position where they think he owes them” (p. 38). They “obey God to get things. They don’t obey God to get God himself” (pp. 42–43). Four features distinguish elder-brother types: (1) anger, bitterness, and confusion; (2) superiority; (3) joyless, fear-based, slavish compliance; and (4) no assurance of God’s love (pp. 49–63). Keller then insightfully applies the story to elder brothers, younger brothers, and “genuine Christians who are elder brotherish” (pp. 66ff.). It’s all deeply convicting.

Like The Reason for God, this book is just as profitable for religious people as non-religious. Zondervan has produced a corresponding DVD and discussion guide to help small groups and churches benefit even more from Keller’s winsome presentation, and Keller’s church has made his six-part sermon series on Luke 15:11–32 available online.