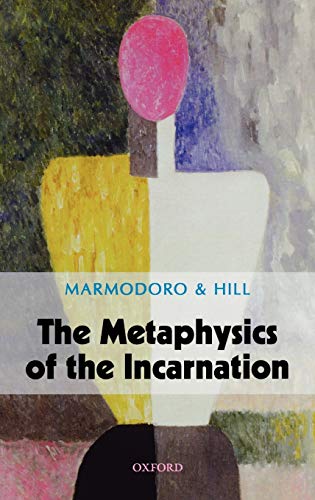 The Metaphysics of the Incarnation

The doctrine of the incarnation stands at the center of the Christian faith. It claims that Jesus Christ is both fully human and fully divine-one person in two natures. The traditional doctrine has been the subject of intense conceptual scrutiny as well as the occasion for awe-struck worship. Criticisms of the classical doctrine (some of which echo very old criticisms) have become quite pronounced of late, and recent work in metaphysics (and especially philosophy of mind) has opened up several interesting lines of inquiry. The Metaphysics of the Incarnation utilizes such recent work to reexamine the metaphysics of the incarnation.

Generally, theologians and philosophers of religion who wish to develop an account of the doctrine in lines with Christian orthodoxy (consistency with Scripture and the ecumenical creeds, thus rejecting such heresies as Arianism, Apollinarianism, Nestorianism, and Monophysitism) tend to think of the two natures of Christ as either abstract or concrete natures. For the abstractist, the human nature of Jesus is a property or set of properties; more precisely, it is the total of all the properties or attributes that one has to have to be truly human (one must be a homo sapiens, made in the image of God, etc.). So in becoming fully and truly human, the Son or Logos took upon himself this (abstract) human nature. Although he became a particular human person (Jesus of Nazareth), the Son did so by taking all the properties that one must have to be human (an abstract human nature). And as the Son does so, he retains the full divine nature; he still has the full set of properties required by divinity (omniscience, omnipotence, omnibenevolence, etc.). The concretist, on the other hand, insists that what the Son assumed in the incarnation was not an abstract set of properties but a concrete human nature (e.g., for many such theorists, a human body and soul). This book contains contributions by partisans from both camps; it also includes attempts to plow new furrows.

After a lucid introduction by Jonathan Hill, Brian Leftow sketches and defends a concretist account of the incarnation, one in which we should think of Jesus Christ as the composite of the Logos with a body and soul: “the Word becomes flesh by having flesh grafted on” (p. 23); the Son is “grafted into B+S at conception” (p. 24). Leftow is sensitive to charges of Nestorianism, and this worry is the burden of Oliver D. Crisp's essay. Crisp is a concretist: “God Incarnate is a whole composed of the proper parts of God the Son and (the parts of) his human nature” (p. 45). Crisp is aware that anyone who follows Aquinas's suggestion that the human nature is taken up by the Logos as something like a garment will face challenges, and he concludes his defense of this model by concluding that it avoids Nestorianism because it is “consistent with the statement that the person who is Jesus Christ is God the Son” (p. 60). Richard Cross mines the depths of the theology of John Duns Scotus to suggest something that actually runs counter to Scotus's own view: the view that Christ's (concrete) human nature “should be thought of as an instrument of the second Person of the Trinity” (p. 186). Similarly, Thomas P. Flint explores different versions of concretism. What he calls “Model T” (after Thomas Aquinas) suggests that the Logos or Son assumes a concrete human nature as a part, so that the incarnate Son, Jesus Christ, is a composite made up of two parts (divinity and the body and soul that is this particular human nature). He contrasts this with what he calls “Model A,” the view that when the Son unites himself to this particular human nature the “composite thus formed is not the Son” but rather a contingent entity we call “Jesus Christ” (p. 79). Flint lays out different challenges that face the respective concretist theories, and he offers suggestions for further work.

Thomas Senor is concerned to protect (among other things) the unity of the person of Christ (he insists that any acceptable view must hold that Jesus Christ and God the Son are identical), and he draws upon the resources of several very different proposals for his advocacy of an “ecumenical kenotic Christology.” Drawing from Thomas V. Morris's influential “two minds” view as well as from compositional Christology and recent work in kenotic Christology, Senor proposes a concretist version of kenoticism. Stephen T. Davis, on the other hand, also defends a kenotic account, but his is an abstractist model. He is especially concerned to account for the biblical witness to the weakness and ignorance of Christ, and he is convinced that a kenotic account is the best way to do so. He recognizes that his strategy has much in common with “classical” christological theories, and he concludes by saying that while a proper understanding of kenosis helps Christians avoid the common charges that the doctrine is incoherent, his “own reasons for following the kenotic route are primarily biblical” (p. 133). Richard Swinburne stakes out an abstractist view as well, but his differs from that of Davis in the endorsement of a “two minds” Christology to account for the full range of biblical witness to Jesus Christ: “we are led to a 'two minds' view; and to understand the separation of the two natures as implying that not merely did he do different actions but he acquired different and sometimes contradictory beliefs when acting with his divine powers than when acting with his human powers” (p. 162). Joseph Jedwab continues this reflection on the knowledge of the incarnate Son, and he employs recent work in philosophy of mind to defend an account of the unity of consciousness that allows for consistency with creedal orthodoxy. Michael Rea, following his earlier employment of the notions of “material constitution” and “numerical sameness without identity” for the doctrine of the Trinity, offers a proposal to think similarly with respect to the incarnation. Anna Marmodoro puts recent development in philosophy of mind (the “Extended Mind” thesis) to work in Christology, whereby the divine mind is thought of as “extending onto an external device (Jesus) to carry out (some of) its mental activities” (p. 206). Robin Le Poidevin concludes the volume by revisiting the old question of the possibility of multiple incarnations.

Overall, this is a splendid collection of essays. Many of the contributions are of sterling quality, and the breadth and diversity of the proposals shows us something of the richness of the tradition of Christian reflection on these matters. While we might (quite reasonably) wish for more direct engagement with recent work in historical theology as well as biblical and systematic theology, this is an excellent work that will repay careful study.