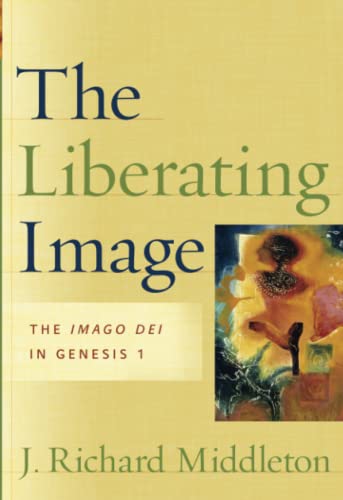 THE LIBERATING IMAGE—EXPLORING THE IMAGO DEI

This interesting book explores the meaning of the ‘image of God’ and seeks to uncover the ideological and historical context of the concept. The work aims to discover the ethical and theological implications of the ‘image’ through an inter-disciplinary conversations between theologians, ethicists, and biblical scholars.

The work is presented in three parts. In part 1 the author examines the concept through a linguistic-syntactical study of Genesis 1:26–28. He highlights the link between the imago Dei and the command to the human beings to rule over the created order and concludes that these plurals suggest the metaphor of a royal court in which God rules the universe attended by angels and courtiers God’s delegates on earth are human beings whose task is analogous to that of the heavenly court. The concept of imago dei refers to this delegated authority and role.

Part 2 examines the possible literary and social contexts for the imago Dei in the Ancient Near East. While Middleton agrees that the preponderance of references to the concept of the image of God is Egyptian texts, he argues that it is more likely that the Mesopotamian deology of sacral kingship provides the background to the imago Dei in Genesis.

Having highlighted the significance of Mesopotamian ideology the author examines various Mesopotamian creation accounts to discover their understanding of the status and role of human beings in the cosmos. He then explores Genesis 1–11 as an alternative to Mesopotamian ideas. In this counter ideological reading of Genesis he seeks to show that Genesis articulates a world view in opposition to that of Mesopotamia literature. He argues that in Mesopotamian literature all significant events and actions such as the founding of the first city, are attributed to gods or kings. The Mesopotamian worldview devalued humanity but Genesis elevates it. In particular, the concept of the image of God was applied in Mesopotamia to idols, priests and kings, Genesis, in contrast, democratises the concept of imago Dei with the declaration that all human beings are made in the image of God. This affords humanity a dignity and status that are well beyond anything and contemplated in the Mesopotamian writings.

Part 3 deals with ethical issues relating to imago Dei. The focus in this section is on how humans may appropriately represent God as his representatives on earth. He discusses the view that God’s creative activity involved violence but denies that Genesis presents God in this way Violence is involved, of course, in myths such as Enuma Elish with their strong combat theme. However, Middleton suggests that Genesis provides an alternative to creation-by-combat. Genesis, he argues, depicts God as a generous creator sharing power with a variety of creatures (especially humanity), inviting them … to participate in the creative (and historical) ‘process’ (296). The corollary of this is that God’s gracious self-giving is the model for human government and rule.

One of the distinctive features of this book is Middleton’s conviction of the importance and significance of the ‘image of God’ concept for our self-identity as human beings. For Middleton the study of the ‘image’ is not only an academic exercise but a quest for the meaning and purpose of human life. This he sees as particularly significant at a time when our world is characterized by brutality and dehumanization. The book opens a new chapter in the study of the imago dei and breathes new life into an old discussion.