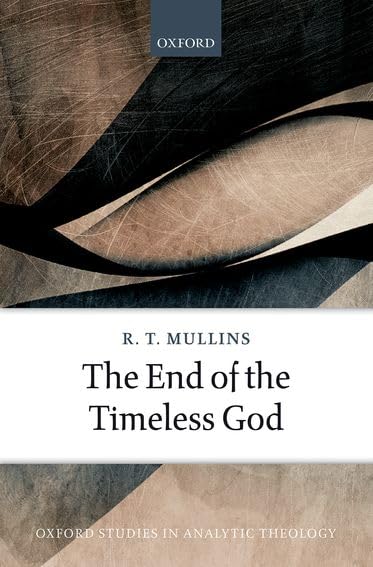 The End of the Timeless God

The End of the Timeless God is a sustained argument that divine timelessness ought to be abandoned. Mullins argues that the view that God is timeless conflicts with the best theories about the nature of time and with core Christian commitments. He draws on both philosophical theology and historical theology to make a strong case for his thesis.

Mullins’s book contains seven chapters. In the introduction, he argues that any Christian research program must be committed to central Christian doctrines. These include the Trinity, creation ex nihilo, God’s activity in history, the incarnation, and the notion that God has revealed himself to us meaningfully.

Mullins begins building his case with a chapter on the nature of time. He aims to sort out various distinctions that make up the differences between the A and B theories of time (best characterized by the views presentism and eternalism). Presentists think only the present exists, while eternalists hold that past present and future are all equally real. There is much to admire in Mullins’s treatment. He manages both to orient a new reader to the philosophy of time and to avoid oversimplification.

The next chapter takes up what it means for God to be timeless. One implication is that God is immutable. That is, “God cannot under go any intrinsic or extrinsic change” (p. 51). If God undergoes any change, there is a before and after in God’s life, and God would be temporal. That God is absolutely unchanging is connected in the tradition with the doctrine of divine simplicity. Each attribute of God is identical to God’s own essence. There are no real distinctions in God. It is clear that simplicity entails timelessness, and these two doctrines are linked throughout the Christian tradition.

The bulk of Mullins’s argument comes in the next three chapters. He argues persuasively that the classical Christian theologians who held to divine timelessness also held presentism. Many writing on God and time today take it for granted that timelessness implies some kind of eternalism. It is an important contribution to remind contemporary philosophers that the Christian tradition had a different view. Mullins shows that these thinkers reconciled God’s unchanging nature with changing temporal reality not by denying that change was fundamental to reality (that is, not by denying presentism), but by denying that God is genuinely related to creation. Mullins calls this position “the Augustinian Option.” The challenge to the Augustinian option comes in its tension with fundamental commitments of any Christian research program. God’s creating and sustaining the world, his incarnation and redemption in Christ all require a real relation to the world. The combination of timelessness, presentism, and Christianity turns out to be incoherent.

Mullins goes on to argue that the rejection of presentism and the adoption of eternalism will be of no help to the Christian thinker. The result of eternalism is that the universe is co-eternal with God. Furthermore, if the proponent of timelessness holds to divine simplicity, we get the further problem that all modal distinctions collapse. Things we consider to be paradigmatic of contingent things turn out to be necessary.

In the final substantive chapter, Mullins argues that the doctrine of the incarnation cannot be reconciled to divine timelessness. Any view fails that attempts to attribute the temporal properties of Jesus to Jesus “qua man” while the timeless properties apply to Jesus “qua God.”

In a brief conclusion, Mullins discusses areas that require further work. In addition he discusses the role of Scripture in the timelessness debate. Many think Scripture underdetermines this issue, even if a straightforward reading of nearly every text points to a God in time. What is important about Mullins’s discussion is that it points out some crucial methodological issues in analytic theology. Mullins acknowledges the role of Scripture in doing analytic theology well. He also recognizes how the scriptural discussion of this particular issue has unfolded in the tradition.

This being said, Mullins’s book is a model of careful argumentation and respectful inquiry into the broader Christian tradition. It is exactly what the best in analytic theology ought to be. I highly recommend it!