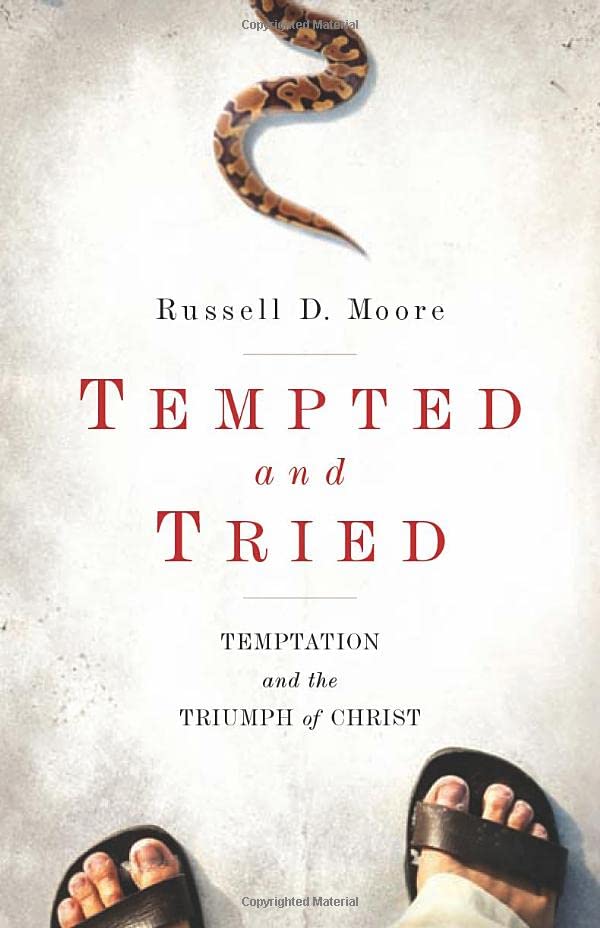 Tempted and Tried: Temptation and the Triumph of Christ

Since the publication of John Milton's masterwork Paradise Lost in 1667, scholars both theological and literary have struggled with its depiction of the devil. The literati deem Milton's devil uneven, a weakness in characterization because he appears cunning one moment, simpering another. Theologians have quibbled with Milton's portrait of the fall for similar but differently motivated reasons: his devil is too dynamic, his Adam milquetoast. Milton, they say, makes evil look exciting. Secular academicians may be forgiven for missing that Milton's understanding of the devil was rooted in the Bible, which reveals that Satan is a roaring lion and slithering snake, ghastly beast and angel of light, boastful accuser and wily tempter. The theologians, on the other hand, seem to have forgotten how delicious and dazzling that forbidden fruit looked.

Milton got it right. For evil looks exciting today same as it did in the seventeenth century, just as it did in the beginning when the serpent first preached those fork-tongued lies to Eve. The strength of Russell Moore's Tempted and Tried is Miltonic strength-fiercely honest about the enemy's wiles and brutally realistic about the destruction therein. Early in the book, Moore writes, “The sheer animal force of temptation ought to remind us of something: the universe is demon haunted” (p. 20). And since it may be true that the greatest trick the devil ever pulled is convincing the world he doesn't exist, Moore alerts us on page after page to the devil's presence and persistence.

Lest the book fall into lamentable “demon under every bush” handwringing, however, Moore shows us clearly and powerfully that Christ is Lord over all demons. When he writes at the close of the first chapter, “Perhaps you should listen, beneath your feet, for the gentle clatter of hooves” (p. 59), I suspect he is referring both to our shuffling in the slaughterhouse procession and the metaphorical cloven hooves dancing around us, but for every goosebumpy line of warning there is a spine-tingling declaration of victory-such as this one: “Our enemy doesn't outwit Jesus . . . Through the Spirit of Christ, the same becomes true of us” (pp. 95-96).

Where too many books on spiritual warfare failed, pitting our feeble power against the devil's or caricaturing the role of angels all out of biblical perspective, Tempted and Tried places Christ's power at center stage. “Gospel freedom is the most important aspect of resisting temptation,” Moore writes (p. 170). In his gospel-centered framework, Jesus's obedience and sovereignty provide no safe place for the devil and his minions. Because the gospel is true, the story of Christ's work becomes the story of the Christian's work: “The first step in fighting temptation is to remember who you are in Christ and to situate that within a larger story of God's kingdom economy, the economy of the gospel” (p. 175). This speaks not just to the gospel's place in our story, but to the place of our story in the wider scope of God's story of redemption. So Moore helps us see how the gospel applies to contemporary narratives as it applies in the biblical narrative(s).

How else is Moore's work Miltonic? The sheer poetry of the thing. Russell Moore can write, friends. And I was stirred to fight my own temptations to writerly envy at his deft phrasing and moving composition. Here is one of my favorite passages:

Another of my favorite passages comes from the cheekily titled “(Not a) Conclusion,” in which Moore recounts the baptism of a recent convert.

He'd never thought about Satan in such personal, such confrontational terms. It was as though he had walked into another dimension, one in which dripping wet people incited fights with demons.

This particular scene resonated with me because I read it so soon after a spooky encounter of my own. I had gone on a pastoral visit to an elderly lady whom I had never met before. But she called to say she needed to talk to me, so I went. As soon as I entered her rundown mobile home, I was confronted not just by the hoarder-like levels of trash everywhere, not just by the strange pictures of Indian-style Jesuses on her walls, not just by her unkempt appearance, but by a profound sense of heaviness on my spirit-an oppression.

The longer we talked, the heavier it grew. I tried praying internally while keeping up the conversation. She steered the discussion to all manner of New Age gobbledygook and heresy. She tried to read my mind and guess my astrological sign. Then she grabbed my hand, saying she wanted to read my palm. I withdrew it, not harshly but directly, and said, “I don't want you to do that.” Something changed in her face, snapped. It was just a blip. Did you see the scene in The Lord of the Rings movies where Bilbo asks Frodo if he can see the ring, and for a split second he becomes demonic about the face? It was like that.

I was reminded of the reality of the enemy, that he hates me and wants me dead. And I was reminded that this is true even when crazy old ladies aren't snapping at me. Russell Moore's book is eternally helpful in this regard. So many portions of it put my head on a swivel, pricked my ears to listen for the slightest snapping of a twig. Tempted and Tried reminds us well of the war we are waging with forces in the heavenly places, calling it as the Bible would have us do the “normal Christian life” (p. 165). And thank God it emphasizes the victory already had is the victory to have today and ever after.