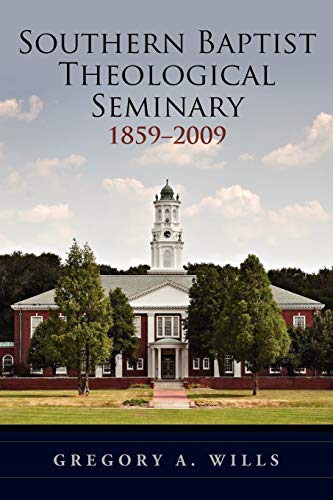 “When schools flourish,” Martin Luther observed, “things go well and the church is secure. Let us make more doctors and masters. The youth is the church’s nursery and fountainhead. When we are dead, where are others [to take our place] if there are no schools? God has preserved the church through schools. They are the preservers of the church” (Table Talk [Luther’s Works 54; Philadelphia: Fortress, 1967], p. 452).

James Tunstead Burtchaell’s 868-page The Dying of the Light: The Disengagement of Colleges and Universities from Their Christian Churches (Grand Rapids: Eerdmans, 1998) documents how Christian colleges and seminaries have historically slid from being orthodox and engaged with the church to being unorthodox and disengaged. The 150-year history of Southern Seminary is enthralling because it breaks the rule.

Southern Seminary’s story at first seems so predictable: visionary, sacrificial, indefatigable, robustly orthodox pastor-theologians founded it; later presidents and faculty sympathetically continued it but took it in a slightly different direction by tolerating degrees of theological liberalism; successive leadership veered so far off course that they not only tolerated but aggressively promoted theological liberalism. While it is fascinating to learn how this gradual leftward shift occurred within such a conservative denomination in the context of the last 150 years of American church history, it is beyond fascinating to learn how it was reversed in the early 1990s. The story’s unlikely ending is what makes it so interesting, and this book does not disappoint.

Maintaining James P. Boyce’s founding vision for Southern Seminary is the book’s most prominent theme. Southern Seminary would look very different today—if it existed at all—if Boyce had created a less effective blueprint for maintaining his vision. The seminary’s confession of faith is supposed to ensure its conformity to Scripture, and its board of trustees is supposed to ensure its subordination to the Southern Baptist Convention (pp. 4–5). As the seminary grew older, it looked like these two measures were inadequate to ensure the seminary’s orthodoxy.

The second prominent theme is that Southern Seminary’s more progressive presidents and faculty related to the more traditional Southern Baptist Convention by using “realistic” diplomacy. Realistic diplomacy was a shrewd, duplicitous means of gradually and patiently infiltrating the seminary and denomination with theological liberalism by cautiously and selectively propagating it. At the heart of most doctrinal controversies was the doctrine of Scripture’s inerrancy; conservatives affirmed it, liberals denied it, and moderates affirmed or modified it while (sometimes aggressively) tolerating liberals. Connected to many of these controversies were rifts regarding hiring faculty; it was typically the faculty versus the president, trustees, and denomination or the faculty and president versus the trustees and denomination. One lesson from these controversies is that denominational and educational politics are a necessary evil—often with an emphasis on evil.

This magisterial saga reads almost like a novel, and the many section headings increase clarity and readability. But the book’s primary strength is outstanding historiography. Wills did his homework. Footnotes on nearly every page reference primary sources, including thousands of letters, diaries, speeches, periodicals, and interviews. Wills explains his disciplined research schedule in an interview on June 18, 2009:

The trustees asked me to write this book in April 2005. I was able to begin working on it in October 2005, and I submitted the manuscripts in December 2008. The research phase required me to be away a lot. I was probably away at research libraries for three to four months during that first year. Gathering the materials was quite difficult. I went through approximately a million pages of relevant record. I tried to be in the office between 6 and 6:30 each morning when I was in the writing phase. I would work until 5[and] then try to spend time with my family until 8 or 9 o’clock. Then I did additional reading on nights and weekends.

(One wonders how much research is ahead for one of Will’s s next projects, a history of the Southern Baptist Convention, which may be available in about five years.)

Some might question whether the book is impartial since Wills is a professor at Southern Seminary. Fuller Seminary, for example, asked George Marsden, a professor at the University of Notre Dame, rather than a professor at Fuller to write their history. Wills expresses gratitude that R. Albert Mohler Jr., Southern Seminary’s current president, gave him “freedom to write the seminary’s history without partisan constraints or institutional interference” (p. vii), and while sympathetic with the seminary under Mohler, Wills “attempted to avoid partisan judgments” (p. ix). Wills achieves his goal admirably, though it is clear where his sympathies lie.

Future editions might be more valuable if they included three appendixes: (1) a timeline of significant events in Southern Seminary’s history; (2) a list of its nine presidents in chronological order along with their pictures—perhaps their stately paintings that currently hang in the campus’s Heritage Hall; and (3) a list of all its professors in alphabetical order. The latter two appendixes could list the years of each person’s birth and death as well as years of service at Southern Seminary. The message of this book could reach an even wider audience if it were adapted as the script for a video documentary.

Wills tells Southern Seminary’s unusual story in a gripping, inspiring way. It evokes gratitude to God, gratefulness for his faithful servants, sadness regarding doctrinal compromise and error, and a resolve to guard the gospel at all costs. For most of the twentieth century, it looked like Southern Seminary had decisively departed from Boyce’s vision. “Under Mohler’s leadership, Southern Seminary was once again Boyce’s seminary” (p. 547).