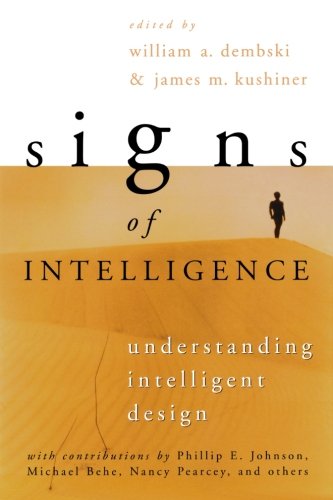 Since the early 1990s, the Intelligent Design (ID) movement has emerged, pioneered by Philip Johnson, William Dembski, Michael Behe and others. This book consists of fourteen introductory essays by major players in ID, and covers such subjects as the fossil record (specifically, the Cambrian explosion); the irreducible complexity of biochemical systems; DNA and intelligence; the fine-tuning of physical constants and conditions; Dembski’s ‘complexity-specification criterion’; critiques of evolutionary arguments; apologetics and cultural implications. Inevitably, some of the contents reflect the North American context.

Essentially, ID asks whether the nature and structure of the material universe and its biological life show evidence of being intelligently designed or not (5). Design theorists oppose Darwinian evolution on scientific grounds, convinced that it is an ‘oversold and overreaching scientific theory’ (12). ‘The question … is not whether the vast claims of Darwinian evolution conflict with Genesis, but whether they conflict with the evidence of biology’ (36).

So, ID theorists distance themselves from three other groups: Darwinian evolutionary scientists, who assert confidently that early Genesis is mythological, and that life evolved over billions of years to its present diversity by natural means, not guided by God; theistic evolutionists, who defend basically the same account, adding that the evolutionary process was guided and sustained by God in some manner that cannot be detected by scientific investigation; and biblical creationists, who defend the Genesis account (differing among themselves about the creation week or the extent of Noah’s flood) and argue that Darwinism is bad or biased science (26–27).

In the UK, ID has received a negative response from influential advocates of theistic evolution. Often, this response has been dismissal of ID as the reappearance of the ‘God of the gaps’ in a biochemical guise—a charge countered by, for example, Stephen Meyer (116–17). John Mark Reynolds makes some telling comments against what he calls ‘theistic naturalism’ (80–89), especially in sections on the incarnation (87–88), and on the trend away from body-soul dualism which seeks to ‘rid people of souls and leave them with brains … which leaves God, who has no brain, as a great exception for the theistic naturalist’ (82–83).

The issue … is whether science or theology will be considered the paramount source of knowledge in the culture. In the West, from Galileo to the present, religious people have tried to argue that nature and revelation are co-equal domains of knowledge … The result has been a disaster (86).

Bruce Gordon’s concluding points (216) summarise much of the rest of the book: it is important to reflect on the philosophical presuppositions that have shaped the methodology and content of science; the grounding and objectivity of science are not as unproblematic as popular conception would have us believe; ‘methodological naturalism’ is an artificial construct; ID inferences meet the ‘requirements’ of scientific explanations; ID can generate a robust research programme capable of supplementing neo-Darwinian and self-organised complexity theories. All this makes a refreshing change from both modernist theistic evolutionary syntheses and positivistic fundamentalism.

Undoubtedly, much is at stake in the debates. Some of the essays are very optimistic about the prospects for ID: it ‘could contribute to a renewal of Christian belief’ (59), or ‘will radically alter Western culture’s outlook not only on science, but also on the very nature of reality’ (156, cf. pp. 41, 69). Whether or not such optimism is justified, this book can be recommended as an accessible and useful primer on ID.