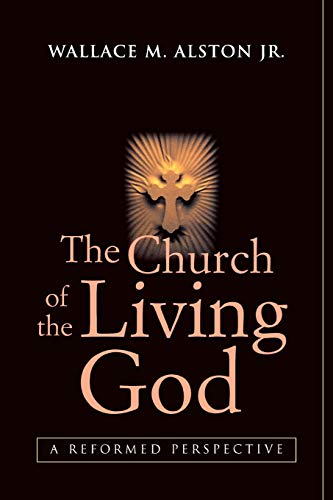 The Church of the Living God—A Reformed Perspective is not written from a classical reformed point of view; rather its theological stance is neo-reformed, Barthian or even post-Barthian, and its thrust is ecumenical more than evangelical. Although Wallace Alston, the Director of Theological Inquiry in Princeton, New Jersey, holds a high doctrine of the Bible it is nevertheless for him not the infallible Word of God, but rather a vehicle by which the Word of God, Jesus Christ, comes to us and lives in our experience.

The book, nevertheless, contains some extremely useful and practical advice especially for those facing ordination. It also serves as something of a checklist for those who have been in the ministry for a long time and have had to adapt themselves to a changing world where hitherto conceived views of the ministry have proved to be no longer appropriate. Alston encourages all who have to minister in a postmodern society to take heart despite the fact that formerly accepted standards are being disregarded and conventions breaking down. God is very much alive. The church is his, and with him it can face the future confidently in its mission to achieve ‘the unparalleled Restoration of the World’.

For Alston, the church consists of all denominations which carry the gospel, and at the head of which is Jesus Christ himself. Throughout its history the church has taken many wrong turns, given wrong emphases to doctrines, supported wrong causes and often floundered. Yet under God it has repeatedly experienced correction and reformation, as it must continue to do until it triumphs with the Return of Jesus Christ. It will have to continue to adapt itself to changing situations for the sake of communicating the gospel, but without allowing the world to set the agenda. That is the prerogative of God alone.

The book is a re-examination of the catholicity of the church and its relevance to postmodern mission. More than ever ministers have to become politicians of the Kingdom of God in order to establish their proper constituencies in the ever-changing scene. Alston, himself a well-experienced (and convinced) Presbyterian minister, highlights with mature judgement the many new opportunities available to the church in this postmodern climate. He invokes the support of such Reformation giants as Luther and Calvin on the one hand and eminent neo-orthodox theologians as Barth and Niebuhr on the other. Barth however carries the day in the longest section of the book, ‘The Forms of the Church’s Ministry’, in which Alston expounds Barth’s twelve forms of ministry, six in which speech is predominant (praise, preaching, teaching, evangelism, missions, and theology) and six in which action is predominant (prayer, the cure of souls, personal witness, service, prophetic action and fellowship).

But can such a church offer the reality of the living God without properly acknowledging the Bible as the living written Word of God?