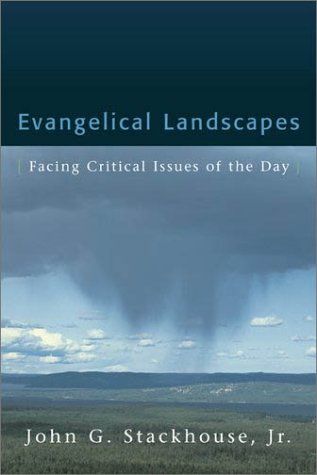 This is a series of essays on disparate topics surveying evangelicalism in North America. The topics are chosen because they are considered the key issues with which evangelicals have to come to terms. The aim of the book is both to inform and persuade on these areas.

The underlying thesis is that, having broken free of fundamentalism, the evangelical movement is in a state of perpetual adolescence. This is revealed by our self-centred concerns with things like feel-good music, solving our felt-needs, lack of taking responsibility, and focus on celebrity Christian figures. The background in the UK may be different but, as the symptoms are described one can easily see areas of overlap, and even though the diagnosis is may be very similar.

Having outlined this thesis the bulk of the book is chapters describing and analysing areas of evangelical life in North America. Some of these are of less relevance to the UK scene, but none is totally removed.

There is little in-depth discussion of the theological sub-structure below these differing issues, although the structure is informing the author is very clear. The focus, instead, is on the practical outworking in the contemporary scene. Within this numerous pertinent observations are made as to how we think and so act. Points are often made with verve and insight, and with a pastoral eye and concerned heart.

There is, for example, insightful analysis of parachurch organisations around which many people’s Christian life increasingly orientates, even to the extent of taking the place of the local church. Similarly church leadership and church membership are well discussed with the observation that we need a ‘Copernican’ resolution of understanding such that the pastor is neither the authoritarian boss, nor the slave of the congregation. There is also a stimulating chapter on the need to work at communicating the gospel to today’s culture while being aware of all the issues involved in such a ‘translation’.

Two very concerning areas are particularly will discussed. The first is the place of the Bible, which has diminished within evangelicalism adversely affecting personal piety, corporate teaching, and evangelism. The second area is our entertainment orientated culture has significantly erased serious reading and thinking, such that we no longer have the requisite skills to undertake such activities.

The main criticism of the book is that although it does well in making observations and raising questions, it scores poorly in giving answers. Giving the range of topics, fully-orbed solutions should not be expected; however a little more thoughtful directing in paths ahead would have greatly increased the value of the book. This is especially true in chapters examining the relationship between theology and money, pressures on evangelical academics, and the role of women in ministry.

Unfortunately two of subjects are examined without the necessary rigour (to this reviewer’s mind). The first, is the role of women in Christian ministry involves a survey of the spectrum of positions and identification of some of their inconsistencies. This is helpful as far as it goes, but mention of the different hermeneutical approaches in this area, which lies behind such a broad spectrum, is conspicuous by its absence. The second is the discussion on evangelical theology, this requires defining ‘evangelical’. The definition is sociological in nature (similar to Bebbington’s well-known quadrilateral), rather than doctrinal. While much of the subsequent analysis is extremely helpful, this definitional move casts its shadow across the chapter. Despite these inadequacies it remains a stimulating survey of issues in contemporary evangelicalism.

Graham Beynon is pastor of Grace Church in Cambridge, UK and director of independent ministry training at Oak Hill Theological College in London.