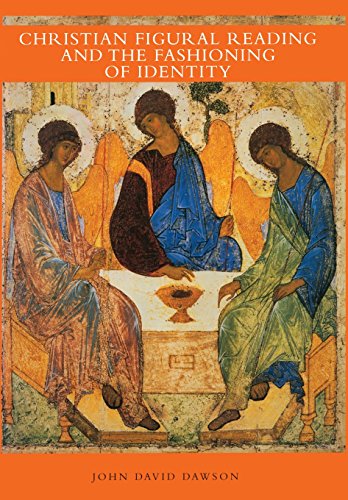 CHRISTIAN FIGURAL READING AND THE FASHIONING OF IDENTITY

Origen was the first Christian biblical scholar, and is a giant of the discipline. But his reputation has usually been controversial. He is one of the Fathers without a ‘St’ prefix, not least because aspects of his teaching were condemned in antiquity. Modern scholars have often portrayed him as the father of allegorical interpretation which is a Bad Thing; for one should be looking for the grammatical-historical sense of the biblical text. Certainly I became a biblical scholar without any sense that Origen was other than a name in the history of interpretation who could safely be ignored.

In my own work as a biblical scholar I have consistently sought to struggle with the issue of how the life-changing nature of Scripture, expounded and demonstrated in so many Bible-readings and sermons and practised also in private devotions, can rightly be related to the academic study of the text in a university context and not be marginalized as ‘mere pious homiletic’ as opposed to ‘properly scientific scholarship’. That is, how can academic biblical study contribute to the transformation of human life into the likeness of God in Christ? In the course of wrestling with this question I rediscovered Origen a number of years ago, because Origen’s rigorously intellectual study of Scripture was consistently devoted to the goal of spiritual transformation. It was therefore a pleasure to read this sophisticated study by John Dawson which in effect goes so far as to propose Origen as a model for Christian biblical interpretation today.

Dawson seeks to promote the classic Christian practice of figural reading of Scripture in a modern from (figuration being what is sometimes called typology), on the basis that ‘Christian figural meaning extends without supplanting the former Jewish meanings’ (217). This thesis is advanced via an extended engagement with Daniel Boyarin, Erich Auerbach and Hans Frei, each of whom advanced significant theses about biblical interpretation, and each of whom, in different ways, used Origen as a negative exemplar of what to avoid. Each of these thinkers is expounded and critiqued, and that aspect of Origen’s hermeneutics to which they take exception is re-examined and found to be more potentially fruitful than they recognize. Dawson’s thesis is related to the question of articulating Christian identity in a pluralist culture, and he uses Origen as a resource for doing something which Origen himself was not as such concerned to do; Dawson argues that Christian figural reading of Scripture can not only articulate and shape the transformation of human life into Christian identity, but can simultaneously respect the diverse identities of others, especially Jews.

Although Dawson covers fascinating ground in early Christianity, contemporary literary theory, and contemporary Jewish and Christian theology, he does not relate his thesis to contemporary work on metaphor in biblical interpretation, nor does he offer specific examples of contemporary biblical interpretation that might exemplify his thesis. I do, however, realize that one should not criticise a book for not being what the reviewer might have preferred it to be! It must also be said that this is a complex book, not for beginners in hermeneutics, nor for those who would like neat answers to put in essays (although I could well imagine that the discussion of Origen and allegory in chapter two might be lifted out of the wider argument as a relatively free-standing account of what allegory does, and does not, mean for Origen). Postgraduates, however, who are working in the field of biblical hermeneutics are likely to find this a suggestive resource, demanding but rewarding.