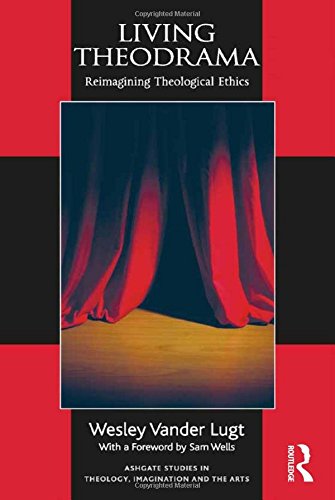 Text. Doctrine. Application. For traditional Protestants, much of twentieth century interaction with Scripture can be encapsulated in these three stages. The first stage is a thorough, scientific examination of the text, wherein the biblical scholar seeks to understand the mind of the author within the world behind the text. The text is a product of an author saying something to some group at some particular place in time; therefore, if we can understand the historical issues surrounding the writing of the text and the occasion for that writing, we can understand what the text means. The second stage turns to doctrine and the theologian. The theologian draws out the timeless doctrinal truths of the text. Then, lastly, the pastor takes up the third stage and applies the timeless, doctrinal truth for his congregation in the present.

For many, the great disadvantage of this model is the distance that it creates between the Bible and the Christian life. Even if few are willing to say so, the effect is a tendency to view reading the Bible as reading someone else’s mail and attempting to moralize it. For the church, ethics becomes something distinct from direct Scripture reading and theology. It is a separate step, often taking a leap of faith to understand how one may find ethical application from such core beliefs as the doctrine of the Trinity: how does God’s being triune make a difference for my response to a lost job or the death of a loved one? A significant response to this problem has been what some theologians have called the “turn to drama.” This growing movement seeks to use the model of live-action theater to describe the entire dynamic of Bible-theology-ethics in terms of the primary creative and redemptive actions of the triune God. Rather than see a great divide between today’s church and the Bible, the turn to drama sees Scripture as God’s instrument to reveal the nature and character of his ongoing actions in the world and the means to draw his creatures into participation in his “theodrama.” In Living Theodrama, Wesley Vander Lugt takes up this task, describing Christian ethics as a function of living in this drama, playing the part God has given to humanity made in his image.

On the way to his goal of providing a closer connection among Bible, theology, and ethics, Vander Lugt labors on two primary fronts. First, he seeks a description of ethics that is inherently Christian. He believes that the theater model can helpfully illuminate Trinitarian action with respect to the world since it allows for unity of will and purpose through clearly distinguished roles: the Father authors the drama, the Son takes center stage as lead actor, and the Spirit is director-producer, ordering the drama on its course. That the Son takes center stage also testifies to the Christological character of the drama. All other actors—that is, the rest of humanity—play faithful roles in the theodrama insofar as they embrace supporting roles to Christ. Scripture serves as witness to the drama, a transcript of what God has done, especially in Christ, and a prescript of ethical paradigms by which we order our supporting roles. We look to Scripture—directed by the Spirit—to demonstrate possibilities for our actions and to form our imaginations to perceive the world always in terms of the drama of Christ. Vander Lugt resists the idea that Scripture is a script, for he fears this would undermine how we engage as supporting actors—that is, we act in wisdom, discerning faithful action through Scripture shaping our hearts, minds, will, and desires, not by finding in Scripture precise instructions for our every act. In this way, Vander Lugt resists the mode of application through bridges that transfer timeless truths to present contexts. Instead, he affirms transformation of one’s identity through inhabiting the ongoing drama of God made known in Christ. Theology bears upon ethics in the way that one’s role in the drama bears upon one’s action in the theater, specifically by naming who we are in God’s purposes.

Second, Vander Lugt is intent to demonstrate the great benefits in turning to the theater model. He does not slavishly join God’s action to the theater model as if the latter fully captures the former. Neither does Vander Lugt believe that just any theater model works. He evaluates a number of types of live-action theater and several performance methods, seeking what most befits the biblical account both of God’s free action and of authentic human response. Most significant of his conclusions is his identification of improvisational theater as the type of best fit. Vander Lugt is quick to note that improvisation is not the same thing as impromptu, for the former requires practice and habituation and a keen understanding of where the story is going. In improvisational theater, one does not simply do whatever she wishes. Rather, she seeks acquaintance with the story and her place in it in order to discern the most appropriate way to act in accordance with her role.

In the final evaluation, Vander Lugt proves successful in demonstrating the pedagogical strength of the theater model without slipping into the potential pitfall of reducing the great actions and story of God to the walls and stage of the theater. He builds upon the strong work of his predecessors such as Kevin Vanhoozer, who have primarily focused on the implications of this model for hermeneutics and descriptions of theology. Vander Lugt’s contribution is the depth to which he dives in the ethical side of the dramatic pool. His treatment is certainly the most comprehensive in the area of Christian ethics and the most satisfying apologetic for all that the dramatic model can offer. For anyone wishing to explore Christian ethics in Christian, theological terms—regardless of commitment to the theatrical—Living Theodrama is a must read.