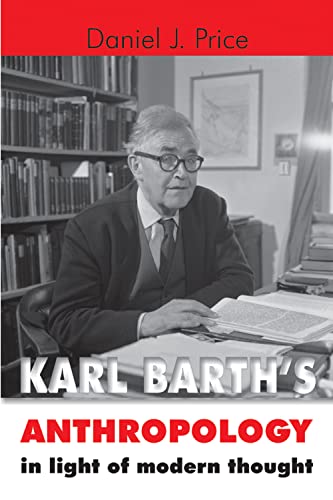 Just as the realism which Barth brings to his overall theology invites some comparisons with modern physics, the realism which Barth employs in his anthropology also invites a comparison with the branch of object relations psychology developed by the British object relations theorists, especially the thought of W. Ronald Fairbairn (1889–1964) (12).

Price develops this thesis throughout his book. In the first part of the book he argues that Barth overcomes the dualistic features of both Enlightenment and post-Enlightenment thought. To demonstrate this, in chapter 2 the anthropocentricity of Kant’s anthropology is spelt out and sharply contrasted with Barth’s focus on revelation as the central given in anthropology. In chapter 3, Schleiermacher is brought forward to illustrate another form of anthropocentric thinking, this time in post-Enlightenment romanticism. Instead of Kant’s elusive ‘I’, in Schleiermacher the religious consciousness takes centre ground in analysing the human person. Barth’s objective focus on Jesus as the place where the reality of humanity is disclosed stands over against Schleiermacher’s analysis of ‘feeling’.

In chapter 4, we are now shown Barth’s personalist and dynamic anthropology in its own terms. It is not just that the human person must be understood relationally in regard to God and other humans, but much more specifically human identity is disclosed and defined in the relation of the human person to Jesus, the God-Man. The ‘real man’ is identified in the very specific person of Jesus Christ (see p. 123). As the Trinitarian God is known in personal relations, so human being is defined, both positively and negatively, in personal relations, ‘the human essence is reflected in the being of the man Jesus, a man who lived his life in encounter with God and others’ (162). Chapter 5 turns to the anthropology of object relations psychology. Freud’s pioneering work is presented, with due acknowledgement of both the weaknesses but also the strengths of his achievement. However, Daniel Price moves us on to the more relational model of Fairbairn. Fairbairn rejected Freud’s emphasis on ‘instincts’ in favour of ‘personal relationships’ as the explanative key to the human psyche. Although Fairbairn’s ‘object relation’ is not the same as ‘love’, Price argues that there are enough areas of overlap to provide the basis for a genuine exchange between Barth’s theology and social sciences. The final chapter of the box explores such possibilities, concluding that a Trinitarian, Christologically-centred anthropology can and must engage with modern psychological thinking.

Although this book is for a specialist niche, it is a good way into the key features of Barth’s anthropology and a stimulus to engage modern thought with such theological answers. If the reader has some awareness of modern psychology, he or she will get far more from the book, though this is not essential.