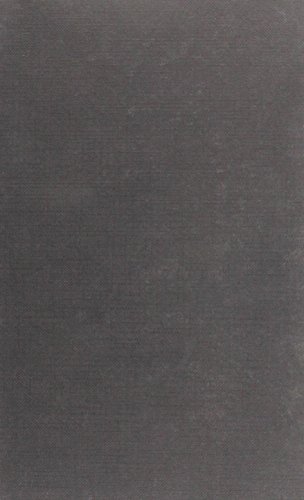 In the Renaissance, the majority of Western art could be found in churches and private chapels and could be used to educate the illiterate layperson in Christian doctrine. In fact, the church had a considerable influence across the arts. In Images of Redemption, Sherry does not question the extent of the church’s influence on the arts but instead asks if the arts deepen our understanding of church doctrine, in particular soteriology.

A variety of examples of the arts are used from ancient Greek Drama to Arthur Miller; Dostoevsky to Graham Greene; Handel to Tavener; artists such as Grünewald and Rembrandt; and films like Dead Man Walking. Sherry proposes that the artist or writer can shows us, ‘the possibility of a transformed world (5). Understandably Sherry could not have included everything but it would have been interesting to have further evaluation of art and music to balance the many literary examples.

The book sets out a definition of the ‘arts of redemption’ suggesting that they can give a renewed understanding of doctrinal truths. Sherry borrows the phrase from John W. Dixon who said that, ‘different types of Christian Art correspond to the principal events in the Christian drama’ (3). So as the ‘arts of image’ explore creation, the ‘arts of Redemption’ illuminate God’s saving action in history.

Part of Sherry’s argument is to distinguish between primary expressions of a religious idea and illustrations. The former communicate meaning directly with no additional explanation needed. The latter are dependent on something more to communicate meaning and often this is openly recognised by the artist or author. I have struggled with this emphasis because Sherry seems to equate a work of art or literature with Scripture, stating that all of these are primary expressions. To my mind, Scripture is the ‘primary vehicle of the religious idea’ (167) for it alone makes us, ‘wise for salvation through faith in Christ Jesus’ (2 Tim. 3:15). Therefore the arts of redemption can only ever draw from or reference what is first revealed to us in Scripture. So whilst I agree with Sherry’s creation of the two categories I would prefer Scripture to be acknowledged as a distinct category, to then be followed by the arts of redemption in the division that Sherry makes.

Sherry helpfully divides what he calls the ‘Drama of Redemption’ into three acts: past (Abraham to the resurrection of Christ), present (ascension to the second coming) and the life to come. The main focus is on the present life as Sherry takes several chapters to look at the role of narrative in communicating rumours of redemption, and the example of novels such as Dostoevsky’s Crime and Punishment are studied in more detail, considering the extent that they show grace or indications of redemption in this life.

The final chapter states that if there are many examples of soteriological themes in art and literature, how do we assess them? Are they subject to judgement by theology, or vice versa? Sherry concludes that there is reciprocity between the two and looks at how they dialogue with each other.

The reader will get more from the book, the more examples of the arts they are familiar with and it is an especially pertinent topic to read about if involved in the arts, or a lover of the arts. Nonetheless, this book is an encouragement to go away and find further examples of soteriological themes in the arts and Sherry invites the reader to do so.