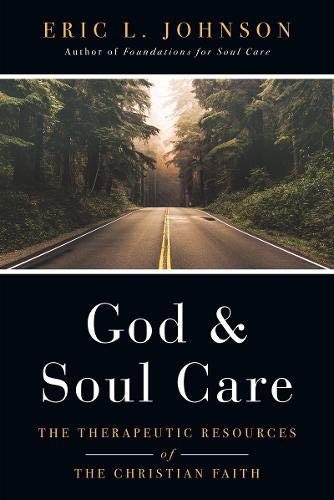 God and Soul Care: The Therapeutic Resources of the Christian Faith

This massive tome is a magisterial effort claiming to articulate Christianity as ‘a therapeutic faith—a theocentric form of soul care’ (flyleaf). It has not been without associated controversy. This stems, in part, from the author’s presupposition that, in the context of soul care, Christians should not ignore the wealth of resources available from the psychological tradition, including specifically research relating to psychotherapy and counselling. For some within the ‘biblical counselling’ tradition of thought and practice, this may be received as anathema. Without becoming unhelpfully embroiled in the associated controversy as it has unfolded, it perhaps suffices to remember that questions of interdisciplinarity and sources of justification are not new when it comes to determining practical theological method. Nor must an expressly evangelical theological method which honours Scripture’s primacy necessarily exclude all other sources of knowledge.

That an affirmation of the normative status of Scripture need not have the corollary of excluding all other sources as helpful in the construction of an evangelical theology appears to be the supposition underlying Johnson’s thought. He writes in the preface that as a result of all knowledge of God’s creation belonging to him and stemming from creation grace, ‘Christians should be among the most eager to learn from the sciences, even the human sciences, rightly interpreted’ (p. 2, emphasis mine). Admittedly, more explicit discussion of his metatheological assumptions (see Richard Robert Osmer, The Teaching Ministry of Congregations [Louisville: Westminster John Knox, 2005], 306–8), and specifically of the relative weighting of his sources of justification, might have provided some comfort to those questioning the implications of his interdisciplinarity for his doctrine of Scripture. Defining his work as coming from the perspective of Christian psychology, Johnson himself expresses regret at not having sought out a theologian to collaborate with him on this project (p. 573). Perhaps to have done so would have resulted in a more clearly-defined position regarding these methodological aspects. Nonetheless, an implicit but very high regard for Scripture does clearly imbue these pages. It is, furthermore, evident that Johnson’s particular interest in this book is not so much what he calls ‘creation-grace resources’ but rather ‘the use of redemptive-grace resources’ (p. 8). He is not against biblical counselling per se, which he defines as ‘soul care that works primarily with biblical teachings’—but argues rather for a ‘progressive form’ of it whereby pastors may remain opposed to secularism while staying open to what he calls ‘valid empirical research, interpreted Christianly’ (p. 454). Notwithstanding the reaction from certain strands of biblical counselling, the book has been endorsed by the president of the Association of Biblical Counselors as a ‘thoughtful synthesis’ and a staggering number of well-known theologians offer similar endorsements. Whether one agrees or disagrees with Johnson’s basic thesis, this work contains a wealth of thoughtful discussion which bears in-depth study and ongoing reflection.

God and Soul Care is organised into six parts, comprising twenty chapters in total. Each chapter is matched with an item from a list of axioms or principles of Christian psychotherapy and counselling. Broadly speaking, the book moves from discussion of the triune God as the centre of Christian psychotherapy and counselling via a presentation of Scripture as the ‘primary agenda setter’ through to anthropological, ecclesiological and eschatological principles of Christian psychotherapy and counselling rooted in an understanding of the incarnation. Whereas the contents page offers simply chapter headings organised into their respective structural parts, a so-called analytical outline a few pages later presents a far more detailed summary of the book (pp. 15–17).

Part One, which consists of the first five chapters, explores a number of axioms, each of which has its own corollary. The axioms include statements regarding the centrality of God and the creation of human beings in his image, the triune nature of God as archetypal for human life in its personal and social form, and God as especially glorified in his Son, such that the intrinsic goal of human development is conformity to the image of Christ. Other chapters deal also with the person of the Spirit and the Scripture’s place as the singular communication of God’s ‘understanding, appraisal, and activity regarding human beings’. Here, Johnson does describe the Bible as ‘the canon of Christian psychotherapy and counseling, the primary guide for its agenda, and provid[ing] … its “first principles”’ (p. 127).

Thereafter, chapters 6–20 contain discussion of ten principles of Christian psychotherapy and counselling deriving from the five axioms. These cover a variety of subjects, including the nature of human flourishing, sin, effects of the atonement and the inauguration of new creation, the place of the church, the process of conformity to Christ and the eschatological hope. Each chapter commences with Christian teachings regarding the topic in view, followed by a number of therapeutic implications and, finally, a list of resources for counsellors and counsellees. This list of resources is divided into classical and contemporary sources, with a number of texts marked as recommended more specifically for counsellors/pastors rather than counsellees. Chapters are full of in-text referencing to a number of sources—centrally Scripture, but also various other sources, both theological and psychological. As a practical theologian, I have appreciated the generally careful theological reflections and have benefited from their extension into therapeutic implications, a discipline less familiar to me.

It is also as a practical theologian that I have a couple of areas of concern with the book. The first is noted above: a fuller discussion of method, perhaps framed within broader practical theological discussions, would sharpen the reader’s understanding of what Johnson intends by an approach dubbed ‘radical Christian scholarship’ (p. 6). While he references an unpublished manuscript here, this is insufficient given the length and weightiness of its proposals. My second concern relates to the nuancing of certain theological claims. For example, chapter 2 is based on the presumption that God as a triune communion of persons is archetypal for the personal and social form of human life. It seems that Johnson too easily makes the jump from theology proper to anthropology. Although he admits that ‘[f]or the most part’, Jesus is to be understood as the ‘primary archetype’ for human development (p. 59), one sentence later he segues into proposing that the Trinity, as persons in reciprocal relationship, also operates archetypally for human persons. Though this latter statement has an associated endnote, there is no discussion of the literature questioning the validity of such a move, nor is there further clarification of the argument (made in that endnote) for maintaining ‘a dialectic between Christ as the archetype for humanity and the Trinity as the archetype for humanity, depending on the precise issue in question’ (p. 582).

I am, however, conscious that such criticisms are made of a work which presents itself as not coming, primarily, from a theological perspective. Accordingly, although I think such a critique is necessary, I am also sympathetic to Johnson’s own admission that he regrets not having collaborated with a theologian. Nor am I suggesting that Johnson has not worked hard to make up for this lack. Seventy-one pages of endnotes tell their own story: this book covers vast swathes of ground and references many external sources. It would thus serve very effectively as a text for graduate-level students, whether in Christian psychology or in pastoral theology, for, despite its length, the text is very readable.