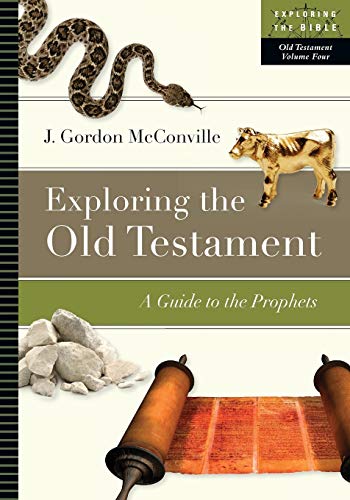 Attempting to understand the OT prophets can be challenging, but McConville’s fine introduction should make the task a bit more manageable, particularly for students who are just beginning to wade into these interpretive waters. At the same time seasoned veterans looking for a convenient and concise summary of research in the field will find this volume useful. Interspersed throughout the book are panels outlining scholarly debate on a variety of themes, including among others predictive prophecy, the Servant Songs, apocalyptic, and the identity of the Son of Man. The book is readily adaptable to classroom use; it attempts to engage the reader in the interpretive process through side bars entitled ‘digging deeper’ and ‘think about’. The post-modern editorial layout style may appear somewhat ‘busy’ to those unaccustomed to it, but those adept at ‘channel surfing’ should find it appealing and engaging. Furthermore, by utilising these side bars at strategic points, the author is able to keep the main discussion on track.

After an introductory chapter that addresses methodological issues, McConville studies the prophetic books in the canonical order of the English Bible (Lamentations and Daniel included). For each book he deals with date and destination, critical interpretation, structure and outline, theological themes, rhetorical intention, and the book’s function in the canon. The section on theological themes and rhetorical intention (i.e., prophetic art) are especially helpful. McConville points out that the prophetic literature does not merely inform, but also seeks to persuade. He shows how theology and rhetoric work together in the prophetic messages. Insightful observations abound, for example, McConville stresses the balance/tension in Ezekiel between the themes of diving sovereignty and human responsibility. In an accompanying side bar, entitled ‘God as Author of Evil?’, he suggests the tension can be resolved in part once one recognises the OT’s idiom of pancausality, which tends to bypass second causes and views God as the direct cause of all that happens. One only wishes that McConville had offered a fuller discussion of this important point.

McConville’s analysis are fair and balanced. He is often content to summarise critical debates without choosing sides, one example of this is his survery of the critical issuse that swirl around the book of Daniel which presents both the modern critical and conservative perspectives without demeaning either (cf. 111–12). At other times he seems to prefer a post-critical stance, for example, after a very useful survey of the debate over the date and unity of Isaiah he opts for a canon critical approach that views Isaiah as a ‘book’ with a unified rhetorical intention.

McConville is adept at condensing and synthesising a variety of viewpoints. At times however, a fuller discussion is desirable. The author’s analysis of predictive prophecy (8–9) is excellent in so far as it goes, but the related issues of ‘after the fact’ and ‘failed’ prophecy need to be incorporated into the discussion in a more formal and sustained manner, for they are often factors used by critics in determining what is and is not genuine prediction. McConville briefly discusses Carroll’s view of cognitive dissonance (237), which attempts to show how unfulfilled prophecies were processed to salvage their authority. This issue, however, cannot be adequately treated apart from an analysis of the functional (performative), contingent, and contextualised nature of prophetic predictive language.